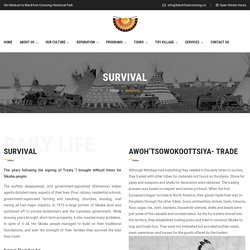 The slip-like dress was supported by straps over the shoulders. In cold weather women wore separate skin sleeves and leggings to protect exposed flesh. Namwayut: we are all one. Truth and reconciliation in Canada. Awesome Activities & Fun Facts. Orange Shirt Day began in Williams Lake in 2013 and has since spread to schools across B.C. and Canada. 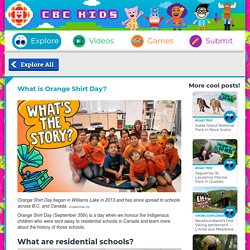 (Orangeshirtday.org) Orange Shirt Day (September 30th) is a day when we honour the Indigenous children who were sent away to residential schools in Canada and learn more about the history of those schools. What are residential schools? Students and a nun in a classroom at Cross Lake Indian Residential School, Manitoba, 1940. (REUTERS/Canada) Residential schools were church-run schools where approximately 150,000 Métis, Inuit and First Nations children were sent between the 1860s and the 1990s. Canada: Provinces and Territories. Seterra is an entertaining and educational geography game that lets you explore the world and learn about its countries, capitals, flags, oceans, lakes and more! 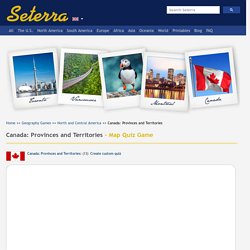 You can access the Seterra online quiz site using your computer, phone, or tablet running the latest version of most web browsers, including Safari, Firefox, Chrome, and Internet Explorer. There’s also a Seterra app that runs on iOS and Android phones and tablets! The Seterra app offers two game modes, plus high score lists to keep track of your progress. Also, with the app, you can play offline! 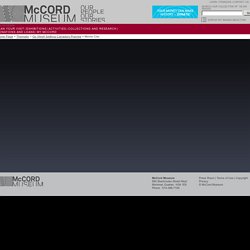 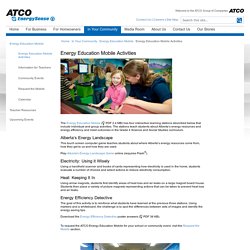 The stations teach students about Alberta’s energy resources and energy efficiency and meet outcomes in the Grade 4 Science and Social Studies curriculum. WebQuests Finding Fossils. Fossil Games Online For Kids - Learn About Different Fossils. Exploring Fossils and Fossil Records. Walking Together. Moo2You Dairy Farming in Alberta. Fossils webquest. Introduction: You and a group of friends are digging on the playground when one of you notices a rock that resembles a tooth. 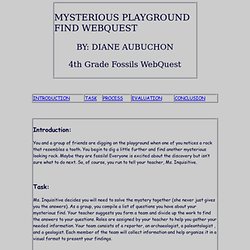 You begin to dig a little further and find another mysterious looking rock. Maybe they are fossils! Everyone is excited about the discovery but isn’t sure what to do next. So, of course, you run to tell your teacher, Ms. Task: Ms. Métis Language and Culture. Visit Our Parks - Regulations. The information that follows is intended as a general guide to some of the regulations under the Provincial Parks Act and a variety of other provincial and federal legislation that apply to recreational activities in provincial parks and recreation areas. 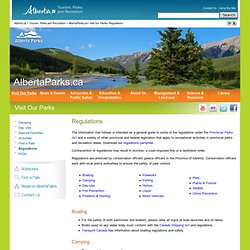 Download our regulations pamphlet. Contravention of regulations may result in eviction, a court-imposed fine or a restitution order. Regulations are enforced by conservation officers (peace officers in the Province of Alberta). Conservation officers work with local police authorities to ensure the safety of park visitors. Boating For the safety of both swimmers and boaters, please obey all signs at boat launches and on lakes. Camping Please register your campsite. The maximum number of motor vehicles, tents, recreational vehicles and trailers permitted on a campsite is three. 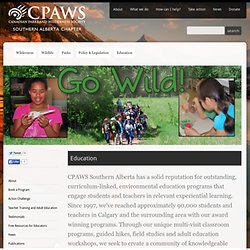 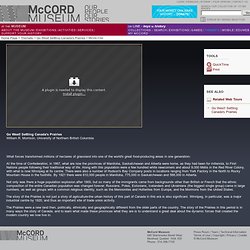 Settling Canada's PrairiesWilliam R. Morrison, University of Northern British Columbia What forces transformed millions of hectares of grassland into one of the world's great food-producing areas in one generation- At the time of Confederation, in 1867, what are now the provinces of Manitoba, Saskatchewan and Alberta were home, as they had been for millennia, to First Nations people following their traditional way of life. Along with this population were a few hundred white newcomers and about 9,000 Métis in the Red River Colony, with what is now Winnipeg at its centre. Not only was there a huge population explosion after 1900, but so many of the immigrants came from backgrounds other than British or French that the ethnic composition of the entire Canadian population was changed forever. Social Studies Grade 4. Weather Wiz Kids weather information for kids.