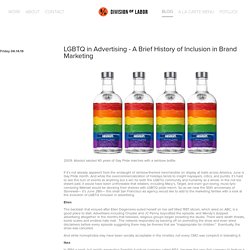 And while the overcommercialization of holidays tends to insight naysayers, critics, and purists, it’s hard to see this turn of events as anything but a win for both the LGBTQ community and humanity as a whole. In the not too distant past, it would have been unthinkable that retailers, including Macy’s, Target, and even gun-loving, music-lyric censoring Walmart would be stocking their shelves with LGBTQ pride merch. So as we near the 50th anniversary of Stonewall— it’s June 28th— this small San Francisco ad agency would like to add to the marketing fanfare with a look at the evolution of LGBTQ inclusion in advertising. 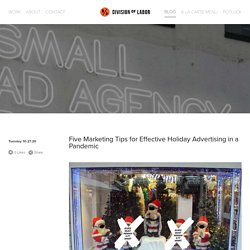 A lot of good clients too. But as you’re looking for that perfect agency, remember how important you are to the project’s success. From selecting the agency, to briefing them, to reviewing work, giving feedback, handling production and dealing with the costs, there are a few things to know to get the most out of your ad agency engagement. 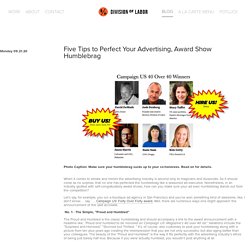 So it should come as no surprise, that no one has perfected the humblebrag like a seasoned ad executive. Nonetheless, in an industry glutted with self-congratulatory award shows, how can you make sure your ad exec humblebrag stands out from the competition? Let’s say, for example, you run a boutique ad agency in San Francisco and you’ve won something kind of awesome, like, I don’t know. . . say . . . Campaign US’ Forty Over Forty award. Well, there are numerous ways one might approach the announcement of the said accolade. No. 1 - The Simple, “Proud and Humbled” The Proud and Humbled is the classic humblebrag and should accompany a link to the award announcement with a headline like, “Proud and humbled to be honored on Campaign US’ Magazine’s 40 over 40 list.” 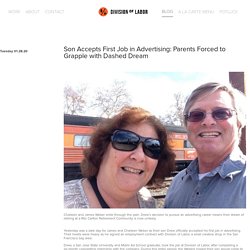 In an effort to become the next Justin Timberlake, he applied to several schools as a music major. But once reality sunk in and he began to recognize he simply wasn’t hot enough the celebrity dream quickly withered. “You have to be at least a 9 to be a pop star. I’m maybe a 6 on a good day,” said Drew. It goes without saying his parents were devastated by his decision and hoped things wouldn’t pan out for him as a writer.

But as Drew got closer to landing his first copywriting gig, their dreams of living a life of luxury via their son got thinner and thinner. “I can’t believe he would do this to us. “This kid didn’t work out. Drew seems happy with his decision and is living the life he wants to live with the career he wants to have. Advertising Firms San Francisco. San Francisco Ad Agencies Top. When we were asked to create a Tour de France campaign for Colnago and their UAE team, we had no idea Tadej Pogacar would ride the Colnago V3RS all the way to the podium to win the biggest prize in cycling. 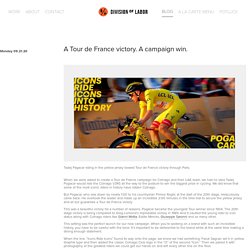 We did know that some of the most iconic riders in history have ridden Colnago. But Pogacar, who was down by nearly 1:00 to his countryman Primoz Roglic at the start of the 20th stage, miraculously came back. He overtook the leader and made up an incredible 2:00 minutes in the time trial to secure the yellow jersey and all but guarantee a Tour de France victory. This was a beautiful victory for a number of reasons. Pogacar became the youngest Tour winner since 1904. This setting was the perfect launch for our new campaign. When the line, “Icons Ride Icons” found its way onto the page, we knew we had something. The client loved the campaign. Top Advertising Agencies San Francisco. San Francisco’s housing crisis impacts everyone in the city, including long-time residents who can no longer afford rents and young families forced to move away to buy homes. 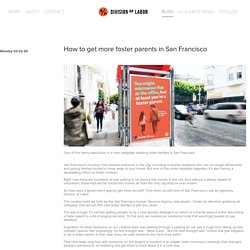 But one of the under-reported tragedies: It’s also having a devastating effect on foster children. Right now there are hundreds of kids waiting to be placed into homes in the city. And without a steady stream of volunteers, those kids will be forced into homes far from the only city they’ve ever known. So how does a government agency get fresh recruits? Advertising firms San Francisco. As we think about those businesses that are deemed essential during this pandemic, it is hard to believe that an industry like advertising was left off the list. I mean, when you think “essential business” you immediately think about healthcare, food, pharmacy and digital marketing agencies. You know, staples. Oh, and drycleaners are considered an “essential businesses” for some reason. Best Advertising Agency San Francisco. Today there are new, New Rules of Work. 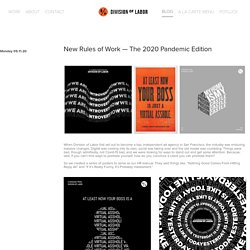 And, yes, in the beginning, we were shell shocked just like the rest of you. But then we did what ad people do: We picked our selves up, dusted ourselves off, and plotted a way forward. And, of course, that starts with a whole new playbook. So we sat down and wrote it—from home, in sweats, unshowered, just like everybody else in the world. San Francisco Ad Agencies Top. San Francisco is now open for shooting. 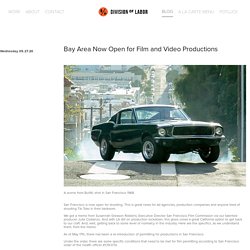 This is great news for ad agencies, production companies and anyone tired of shooting Tik Toks in their bedroom. We got a memo from Susannah Greason Robbins, Executive Director San Francisco Film Commission via our talented producer Julie Costanzo. And with LA still on production lockdown, this gives crews a great California option to get back to our craft. And, well, getting back to some level of normalcy in the industry. Best Ad Agencies in San Francisco. NHL Commissioner Gary Bettman announced a return-to-play plan for hockey on Tuesday. 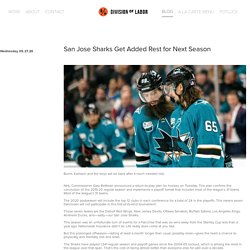 This plan confirms the conclusion of the 2019-20 regular season and implements a playoff format that includes most of the league’s 31 teams. Most of the league’s 31 teams. The 2020 postseason will include the top 12 clubs in each conference for a total of 24 in the playoffs. This means seven franchises will not participate in this first-of-its-kind tournament. Advertising Agencies San Francisco Bay Area.

We are in a time of protest, upheaval and, hopefully, change. However, we are also still in a pandemic. The world is starting to open up, but a huge majority of the country is spending a lot of time at home. And TikTok can prove it. Top Advertising Agencies San Francisco. Running an independent ad agency is not for the faint of heart. You have up years and down years. There’s no big holding company to bail you out when the going gets tough. And last year, Division of Labor was having an up year. (That’s not a humble brag cuz the previous year sucked balls.)

Ad Agency takes Cues From Jewish Deli to Woo Back Customers. — Advertising Agency. But wait, that’s not all. Sign a scope of work of $25,000 or more and we’ll send you a Manny’s Corned Beef Kit. The package, sent direct to your home, includes: Two pounds of Manny's signature thinly sliced, pre-cooked corned beef.