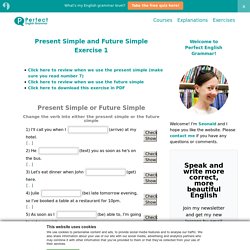 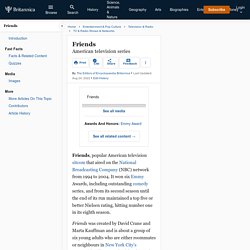 It won six Emmy Awards, including outstanding comedy series, and from its second season until the end of its run maintained a top five or better Nielsen rating, hitting number one in its eighth season. Friends was created by David Crane and Marta Kauffman and is about a group of six young adults who are either roommates or neighbours in New York City’s Greenwich Village. Much of the show takes place in the friends’ apartments as they visit one another.

The program revolves around the characters’ individual and collective search for sex, commitment, and meaning. The friends consist of three men and three women, whose varied personalities and shortcomings allow for both broad audience identification and abundant comedic moments. Mending Wall poem by robert frost. Idiom of the week neighbours. New forms of housing 1 Flashcards. What is co living script. What Is Coliving? Lelivrescolaire.fr. The Commons: could co-housing offer a different kind of great Australian dream? When Kate and Jason turned up to look around The Commons, they weren’t looking for a lifestyle change. 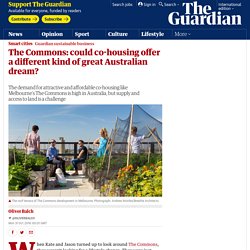 The millennial commune movement: Networking in real life. How cohousing can make us happier (and live longer) Totally together: could communal living suit you? Every Wednesday morning, Devaraj Sandberg and the rest of the community at Osho Leela, a spiritual commune in Dorset, gather together for a group meditation session involving shouting, screaming and rounds of hugging. 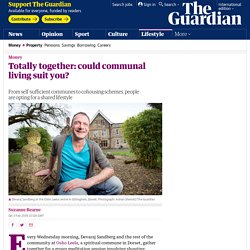 “It keeps people a bit sane,” says Sandberg, 56, who has called Osho Leela his home for 16 years. “Living in a community with a lot of similar people can cause emotional stuff like disagreements, so the way we get round it is quite therapeutic.” Sandberg, a therapist, lives with 14 other long-term residents at Osho Leela in Gillingham, which describes itself as a “personal development centre” and was founded in 1996.

However, as part of a community experience programme, the site regularly welcomes external guests, with prices starting from £7 a night to share a dormitory. With regular communal meals and weekly meetings, Sandberg says the close-knit community at Osho Leela attracts a certain type of person. Collective living’s fine for students but for everybody else it stinks. When I moved from the suburbs to London proper at the age of 21, the first flat I looked at promised a garden, which was odd, because it was in a tower block. 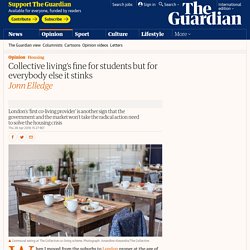 It turned out, on closer inspection, to be an area of rooftop tarmac surrounded by a wire fence, beyond which stood a car park. The next place we looked at, my friend Rachel asked the lettings agent if the area was safe for a woman at night. “Round here?” Co-living: the end of urban loneliness – or cynical corporate dorms? In the industrial chic lobby of the Collective, a huge apartment block in the northwest London neighbourhood of Willesden Junction, a set of posters advertise its events series for residents. 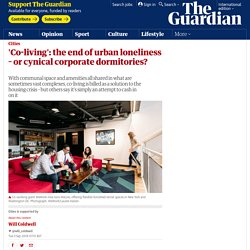 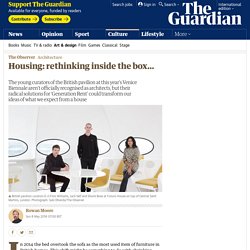 This shift might be something to do with shrinking living space, but it mostly is the outcome of a behavioural change indicated by other well-I-never statistics – that Britons now spend more time looking at screens than sleeping and that 80% of smartphone users look at their devices within 15 minutes of waking up. I receive these nuggets from the trio in charge of the British pavilion at this year’s Venice Architecture Biennale, Jack Self, Shumi Bose and Finn Williams, who say they want to address Britain’s “anxious relationship to the idea of home”. Aged 29, 32 and 33 respectively, and selected through an open call for entries by the British Council, they are the youngest ever to receive this honour and appear determined to use the stage of the world’s biggest architectural exhibition to make an impact.