Go Tech is a place where you can get information regarding latest smartphone updates, android news. You can also get the reviews of upcoming smartphones. 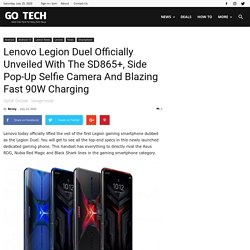 You will get to see all the top-end specs in this newly launched dedicated gaming phone. This handset has everything to directly rival the Asus ROG, Nubia Red Magic and Black Shark lines in the gaming smartphone category. The all new Legion Duel flaunts a 6.65″ AMOLED display panel with 144Hz refresh rate. As you can see in the depicted pictures the bezels are minimum. OnePlus Rolls Out The Stable Android 10 Update For 5/5T Units. OnePlus – the OEM best known for manufacturing killer flagship smartphones has never failed to amaze us. 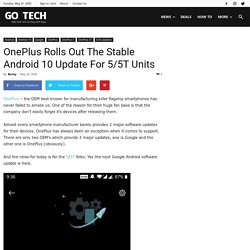 One of the reason for their huge fan base is that the company don’t easily forget it’s devices after releasing them. Almost every smartphone manufacturer barely provides 2 major software updates for their devices. OnePlus has always been an exception when it comes to support. There are only two OEM’s which provide 3 major updates, one is Google and the other one is OnePlus (obviously). T-Mobile Has Started Pushing Out The April Security Patch For LG V60 ThinQ 5G. Xiaomi Starts Seeding The Stable Android 10 Update For The Mi A3 Units. Vivo launched its New Smartphone Y50. Vivo Cambodia – via a Facebook post – officially announced the vivo Y150. 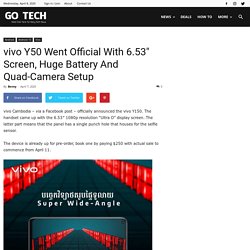 The handset came up with the 6.53″ 1080p resolution “Ultra O” display screen. The latter part means that the panel has a single punch hole that houses for the selfie sensor. The device is already up for pre-order, book one by paying $250 with actual sale to commence from April 11. One of the main feature of the unit is the rear Quad-camera setup. Yet Another Camera Update For The Galaxy S20 Series Is Now Live – Brings April Security Patch Alongside. A few days ago, Samsung rolled out the camera update for the newly launched Galaxy S20 series smartphones. 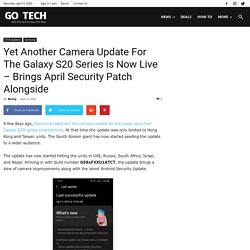 At that time the update was only limited to Hong Kong and Taiwan units. The South Korean giant has now started seeding the update to a wider audience. The update has now started hitting the units in UAE, Russia, South Africa, Israel, and Nepal. OnePlus 7 Pro 5G On Sprint Starts Receiving The Android 10 Update. ZTE Blade A7 Prime And Blade 10 Prime Went Official. OnePlus 7T Pro Officially Unveiled Along With A McLaren Edition. Samsung Officially Launches The Galaxy M30s And M10s In India. 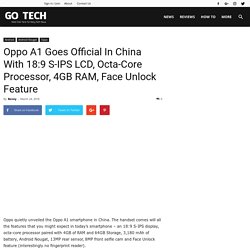 Verizon Starts Pushing Out December Patch To Moto Z Force Droid Sets. OnePlus Introduces ‘Buyback Program’ In India – Here’s Everything You Need To Know About It. OnePlus has just announced the long-awaited ‘Buyback Program’ in India. 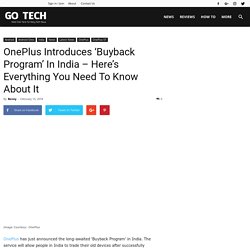 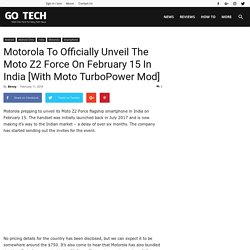 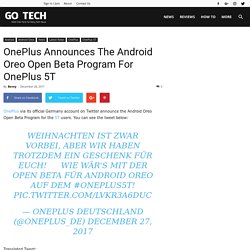 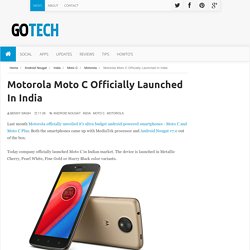 Deal: Snag Google Chromecast Ultra For As Low As $59 ($10 Off) In US. Last year in October Google unveils 4K-capable digital player which is marketed as- Chromecast Ultra. 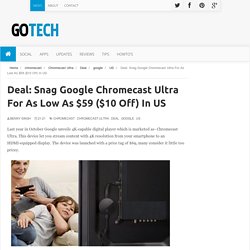 This device let you stream content with 4K resolution from your smartphone to an HDMI-equipped display. The device was launched with a price tag of $69, many consider it little too pricey. There's a good news for people who are looking to buy Google Chromecast Ultra, as the device has just receive an official price cut in the United States. It is currently going for $59 (usually retails at $69), it's not a big discount but still worth considering. The deal live at the Google Store, Walmart, B&H, and Best Buy. Source | Via. Samsung Galaxy J7 Prime And J5 Prime 32GB Variant Is Now Available For Purchase In India. Until today only 16GB variant of Samsung Galaxy J7 Prime and J5 Prime was available for purchase in Indian market but now 32GB variant is also available.

Both the variants are listed on Samsung India's official website (source link provided below) with Black and Gold color options to choose from. As per the report suggests the 32GB J7 Prime will cost INR 16,900 ($260) and the 32GB J5 Prime carries a price tag of INR 14,900 (around $230). Other retailers will also get these variants in their stores in coming few days. Source | Via. Apple Rolls Out iOS 10.3.2 Update - Includes Bug Fixes And Security Improvements. OnePlus 3 And 3T Devices In India Rolling Out With A Minor Update. Samsung Galaxy S8 Officially Unveiled In China. Samsung officially announce it's latest flagship device Galaxy S8 for China. Yesterday at a dedicated event which took place at Great Wall Theater the South Korea company officially unveiled the Galaxy S8 and DeX which lets you connect your Galaxy S8 to a monitor, keyboard and mouse for a desktop experience powered by your phone.

"The evening’s speakers announced collaborations with some of China’s most popular gaming and video services, including Tencent and iQiyi, to optimize content to take full advantage of the Galaxy S8’s Infinity Display," the tech giant said in a blog post. "Samsung also discussed partnerships with Weibo, China’s massively popular microblogging website, and the WPS Office software, which will offer users more ways to utilize their Gear 360 camera and Samsung DeX. " Best Screen Protector for Moto G5 Plus. Motorola Moto G5 Plus is one of the best budget-friendly phone to buy as of now. The device is equipped with 5.2" fullHD IPS display screen with Gorilla Glass 3, which is quite sturdy but it's not something that won't break with a hard fall. it's better to protect screen of your device.