Wall Street for Hillary?:Clinton has $48.5M in hedge fund backing, compared to Trump's $19M. Hedge fund owners and employees have so far this election cycle contributed nearly $48.5 million for Hillary Clinton, compared to about $19,000 for Donald Trump, an indication that Wall Street is clearly backing the Democratic presidential nominee. 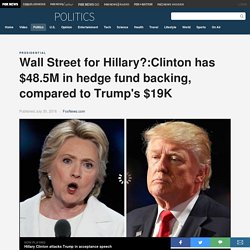 The total amount of such campaign contributions in 2016 is $122.7 million, twice as much as in the 2012 election cycle, according to a recent federal report analyzed by the nonpartisan Center for Responsive Politics. With the Democratic and Republican parties’ conventions over Thursday and the general election officially just a few days old, it’s no surprise that pro-Clinton groups have received more hedge fund money. For nearly six months, Clinton primary rival Sen. Bernie Sanders railed against “big money” in politics and vowed to “reform” Wall Street, with an insurgent campaign that relied largely on small-dollar contributions. “At the very least, Wall Street doesn’t like uncertainty,” one investment banker recently told FoxNews.com.

Franklin Graham - Timeline. UN Official Found Dead Was Set To Testify Against Hillary Clinton Same Day. “BARBELL FELL ON HIS NECK” It sure is amazing how lucky the Clinton’s have got when people are going to testify against them and then they die. 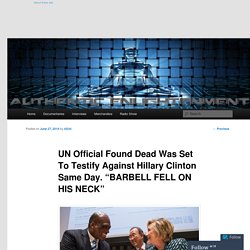 Ashe was due in court Monday with his Chinese businessman co-defendant Ng Lap Seng, who is charged with smuggling $4.5 million into the US since 2013 and lying that it was to buy art and casino chips. Ng was identified in a 1998 Senate report as the source of hundreds of thousands of dollars illegally funneled through an Arkansas restaurant owner, Charlie Trie, to the Democratic National Committee during the Clinton administration. (Ng was not charged with any crime.) Ng and Trie had visited the White House several times for Democratic fund-raising events and were photographed with then-President Bill Clinton and First Lady Hillary Clinton. WAS MURDERED 27 YEAR OLD DEMOCRAT Operative About To Blow The Whistle On VOTER FRAUD When He Was Shot In The Back? [VIDEO] – Hillary Daily. 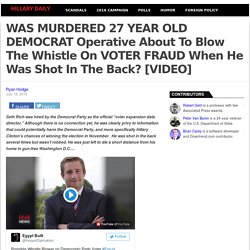 Although there is no connection yet, he was clearly privy to information that could potentially harm the Democrat Party, and more specifically Hillary Clinton’s chances of winning the election in November. He was shot in the back several times but wasn’t robbed. He was just left to die a short distance from his home in gun-free Washington D.C…. Washington DC police are offering a $25,000 reward for information leading to the arrest of the killer or killers of Seth Rich, the idealistic young DNC employee who was mysteriously shot multiple times in the back on Sunday night in affluent Northwest DC. At the same time, police are still not giving out any more information about the investigation beyond saying that they have not yet connected the killing to a robbery. There is still no suspect, no motive, and no arrests. Rich was shot while walking home after 4 a-m on Sunday morning. Mr. Fox News. Skinnytaste. Hillary’s America: The Secret History Of The Democratic Party. 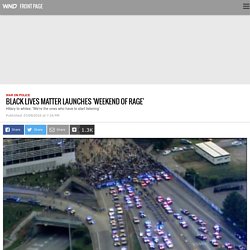 Following the surfacing of videos showing two African-American men, Alton Sterling and Philando Castile, who were shot by police in Louisiana and Minnesota, respectively, five Dallas police officers were gunned down and seven others wounded during a demonstration Thursday evening. But neither that tragedy nor growing tensions between the police and blacks was enough to quiet the protests.

“This has been a very painful week for the African American community,” said Jeanelle Auston, who organized an event at Fuller Theological Seminary’s Pasadena, California, campus. WATCH: Video Shows All The Times Obama And Hillary Bashed Police And Praised BLM. Trump just pulled ahead of Clinton in a national poll for the first time in more than a month - USA News Insider.

Donald Trump just took the lead in a major national poll for the first time in roughly six weeks. 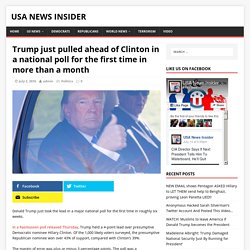 In a Rasmussen poll released Thursday, Trump held a 4-point lead over presumptive Democratic nominee Hillary Clinton. Of the 1,000 likely voters surveyed, the presumptive Republican nominee won over 43% of support, compared with Clinton’s 39%. Criminal Roots: A shocking exposé on the Clinton family and their rise to power » Intellihub.

(INTELLIHUB) — A plethora of controversy and allegations of steamy sexcapades, treasonous business scandals, illicit criminal activity, drug trafficking, and even a number of mysterious deaths has surrounded the Clinton family for years. 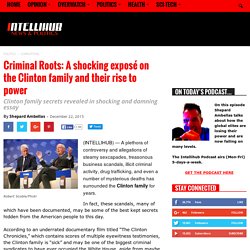 In fact, these scandals, many of which have been documented, may be some of the best kept secrets hidden from the American people to this day. According to an underrated documentary film titled “The Clinton Chronicles,” which contains scores of multiple eyewitness testimonies, the Clinton family is “sick” and may be one of the biggest criminal syndicates to have ever occupied the White House, aside from maybe the Obama Administration. The film points out just how energetic and inspirational former U.S.