17 Self-Help Books Everyone Should Read. 5 Questions To Ask Before You Get Married What happens when a divorce lawyer, marital therapist, and dating coach convene for lunch? 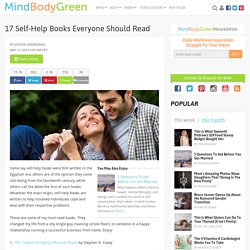 A rich conversation, that's what. 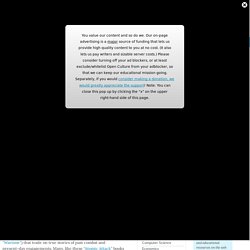 The site’s moderators and administrators are particularly careful to avoid posting non-public-domain comics (a complicated designation, as described in this forum thread). The resulting archive is devoid of many familiar comic-book characters, like those from Marvel, D.C., or Disney. On the other hand, because of this restriction, the archive offers an interesting window into the themes of lesser-known comics in the Golden Age—romance, Westerns, combat, crime, supernatural and horror. The covers of the romance comics are great examples of popular art.

Interested in understanding how homefront American culture reflected fighting in World War II and Korea, and the anxieties of the Cold War? Shamanism. 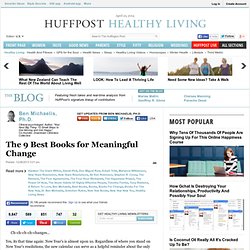 Yes, its that time again: New Year's is almost upon us. Regardless of where you stand on New Year's resolutions, the new calendar can serve as a helpful reminder about the only true constant in all of our lives: change. FP’s Favorite Reads of 2013. Before we dive into next year's list of conflicts to watch, some thoughts on the year we are about to conclude are in order. 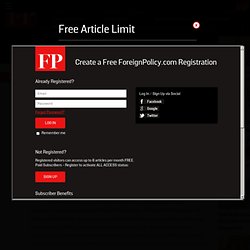 In short, 2013 was not a good year for our collective ability to prevent or end conflict. For sure, there were bright moments. Colombia appears closer than ever to ending a civil war which next year will mark its 60th birthday. Young Readers & Young Adults - Suggested Readings - Resources - Native Voices. Alexie, Sherman (Spokane/Coeur d’Alene). 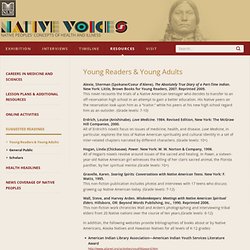 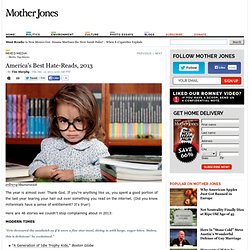 Thank God. If you're anything like us, you spent a good portion of the last year tearing your hair out over something you read on the internet. (Did you know millennials have a sense of entitlement? It's true!) Here are 46 stories we couldn't stop complaining about in 2013: The Crying of Lot 49. Underrated books: Overlooked fiction and nonfiction of 2013. Illustration by Frederik Peeters Monday: Slate staffers pick their favorite books of 2013. 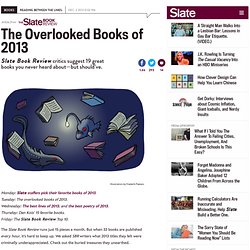 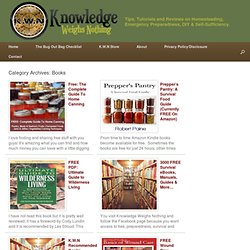 It’s amazing what you can find and how much money you can save with a little digging online. The print version of this huge, comprehensive canning book costs $20 plus P&P, but you can hit the links below and get a PDF version for free! […] Prepper’s Pantry: A Survival Food Guide (Currently FREE On Amazon) From time to time Amazon Kindle books become available for free. FREE PDF: Ultimate Guide to Wilderness Living. Kindle Books: Kindle eBooks Nonfiction, Fiction, History, Advice & How-to, Business & Investing & More. A Practitioner's Handbook Of Materia Medica And Therapeutics. Based upon established physiological actions and the indications in small doses to which is added some pharmaceutical data and the most important therapeutic developments of sectarian medicine as explained along rational lines By Thos. 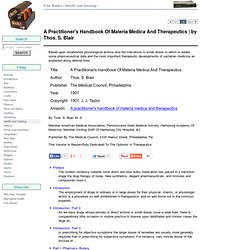 S. Blair, M. D Member American Medical Association, Pennsylvania State Medical Society, Harrisburg Academy Of Medicine, Member Visiting Staff Of Harrisburg City Hospital, &C Published By The Medical Council, 4105 Walnut Street, Philadelphia, Pa. The_dimka: codex seraphinianus. In the late 70s italian architect, illustrator and industrial designer luigi serafini made a book, an encyclopedia of unknown, parallel world. it’s about 360-380 pages. it is written in an unknown language, using an unknown alphabet. it took him 30 month to complete that masterpiece that many might call “the strangest book on earth”. codex seraphinianus is divided to 11 chapters and two parts - first one is about nature and the second one is about people.btw five hundred years ago there was another book somewhat like that - voynich manuscript. take a look at some pages (click on image to see a bigger version) 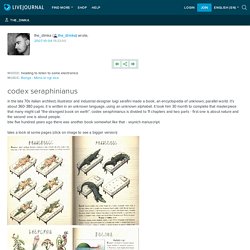 Voynich manuscript. The Voynich manuscript is an illustrated codex hand-written in an unknown writing system. The vellum on which it is written has been carbon-dated to the early 15th century (1404–1438), and may have been composed in Northern Italy during the Italian Renaissance.[1][2] The manuscript is named after Wilfrid Voynich, a Polish book dealer who purchased it in 1912.[3] Some of the pages are missing, but about 240 remain. The text is written from left to right, and most of the pages have illustrations or diagrams. The Voynich manuscript has been studied by many professional and amateur cryptographers, including American and British codebreakers from both World War I and World War II.[4] No one has yet succeeded in deciphering the text, and it has become a famous case in the history of cryptography.

The book demystifies the model and attempts to articulate in clear simple language the essence of what actually works in clinical practice. Highly Recommended Books. 32 Books That Will Actually Change Your Life. 8 Excellent, Must-Read, Non New-Agey Spiritual Books. We live in a paradoxical, postmodern culture of overstimulation and shallowness — obesity next to hunger; superficial celebrity gossip next to ignored people living in or near poverty; cheap fast food next to prohibitively expensive, genetically modified, supposedly organic gourmet cuisine; 24/7 fake news media next to endless hours of “reality” TV; bloggers blogging blasphemies next to twits tweeting trivialities.

It all comes down to seeking a sense of control and instant gratification. Eleven Untranslatable Words From Other Cultures, by Ella Frances Sanders. The relationship between words and their meaning is a fascinating one, and linguists have spent countless years deconstructing it, taking it apart letter by letter, and trying to figure out why there are so many feelings and ideas that we cannot even put words to, and that our languages cannot identify. The idea that words cannot always say everything has been written about extensively -- as Friedrich Nietzsche said, "Words are but symbols for the relations of things to one another and to us; nowhere do they touch upon the absolute truth. " 9 Songs That Were Inspired by Books. 9 Songs That Were Inspired by Books.