Things that make me angry

Delhi gang rape suspects appear in India court. 7 January 2013Last updated at 07:03 ET The BBC's Shilpa Kannan: "Some advocates have... volunteered to defend them" Five men in Delhi have been formally charged with the abduction, gang rape and murder of a 23-year-old woman. 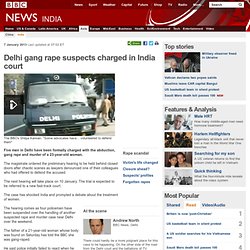 GP enhanced services should be put out to competition unless of ‘limited value’ The RNIB says hundreds of blind and partially sighted people are being removed from both benefit support and the help they need to find work. Blind Man ~ By Black Triangle Patron Maria Rud : The above portrait, by our campaign patron Maria Rud, may be viewed in our new Gallery: ~ We will be adding more artwork, literature and poetry to this new section to our website in the coming months. 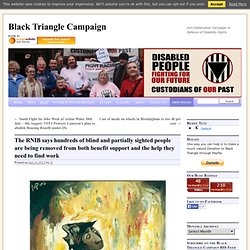 Blind and partially sighted people losing benefits By Nicky Broyd WebMD UK Health News: Medically Reviewed by Dr Roger Henderson 2nd July 2012. Human Rights Petition: .@ukhomeoffice: Stop the extradition of Richard O'Dwyer to the USA #SaveRichard. Joss Garman: A Black Wednesday for the environment? - Commentators - Opinion. In what is the Liberal Democrats' most craven submission yet to the Chancellor's bonfire of environmental protections, Davey announced he is stripping away the simple requirement that our power stations need to become more efficient and less polluting. 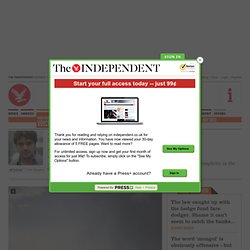 In a major change of course from the path followed by his predecessor Chris Huhne, Davey's decision will result in a huge increase in our dependence on burning expensive, imported and highly polluting gas. In turn, this will keep bills high, make us even more reliant on imports and, crucially, crash our carbon targets. I fear that the economically illiterate premise that lies behind this decision, that an anti-environmental agenda will get people off the dole and the economy moving, will be writ large when Osborne stands up to deliver his third Budget on Wednesday.

The Chancellor has form. And the fightback is coming from some unlikely quarters. Beyond Westminster, Middle England is mobilising too.

Say no to chocolate 3 part videos

We call for a Cumulative Impact Assessment of Welfare Reform, and a New Deal for sick & disabled people based on their needs, abilities and ambitions. Responsible department: Department for Work and Pensions We call for: A Cumulative Impact Assessment of all cuts and changes affecting sick & disabled people, their families and carers, and a free vote on repeal of the Welfare Reform Act. An immediate end to the Work Capability Assessment, as voted for by the British Medical Association. Consultation between the Depts of Health & Education to improve support into work for sick & disabled people, and an end to forced work under threat of sanctions for people on disability benefits. As this e-petition has received more than 10 000 signatures, the relevant Government department have provided the following response: Cumulative impact analysis is not being withheld – it is very difficult to do accurately and external organisations have not produced this either.

No other organisation produces this analysis in a robust way. Not received your confirmation email?

Labour steps up pressure on Tories in Sheffield Forgemasters sleaze row. The first sleaze row of the new government deepened today when a millionaire Tory donor, who successfully lobbied for the cancellation of a government loan to a promising engineering company, admitted he had wanted to invest in it himself. 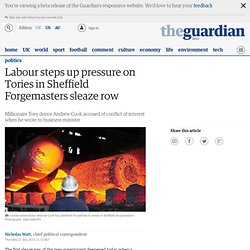 Labour accused Andrew Cook – the Tories' largest donor in Yorkshire, who subsidised David Cameron's flights in opposition to the tune of £54,000 – of a conflict of interest after he wrote to the Conservative business minister Mark Prisk in May to warn that an £80m state loan to Sheffield Forgemasters might be illegal under EU law. In an email to Prisk on 25 May, three weeks before the loan was cancelled, Cook, chairman of the engineering firm William Cook Holdings, said: "I stress that Sheffield Forgemasters is not a competitor of my business. " Armed Troops Burn Down Homes, Kill Children To Evict Ugandans In Name Of Global Warming. Neo-colonial land grabs carried out on behalf of World Bank-backed British company Paul Joseph Watson Prison Planet.com Friday, September 23, 2011 Armed troops acting on behalf of a British carbon trading company backed by the World Bank burned houses to the ground and killed children to evict Ugandans from their homes in the name of seizing land to protect against “global warming,” a shocking illustration of how the climate change con is a barbarian form of neo-colonialism. 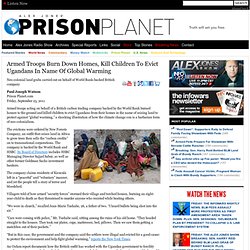 The evictions were ordered by New Forests Company, an outfit that seizes land in Africa to grow trees then sells the “carbon credits” on to transnational corporations. The company is backed by the World Bank and HSBC. Its Board of Directors includes HSBC Managing Director Sajjad Sabur, as well as other former Goldman Sachs investment bankers. Unreported-ignored-and-unpunished-8439824. Keir Starmer, the Director of Public Prosecutions (DPP), told The Independent on Sunday last night that he and Justice Department officials are considering plans to use child-protection legislation to prosecute those who mutilate women, girls and babies. 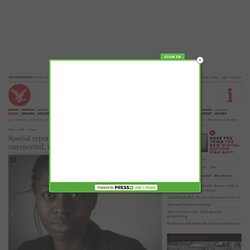 The IoS inquiry revealed that hundreds of hospitals, councils and police forces are failing to enforce the law designed to stop the agonising procedure. Only a few authorities have reported evidence of the illegal practice in the past three years; many admitted they did not even have a policy in place to deal with cases. Three government departments said they do not collect statistics on the prevalence of the problem. The findings confirm campaigners' fears that laws designed to stamp out FGM are failing to protect tens of thousands of British women and girls every year, and have not led to a single conviction. In contrast, France has convicted more than 100 complicit parents and FGM "practitioners" since 1988. Case study Paul Cahalan.