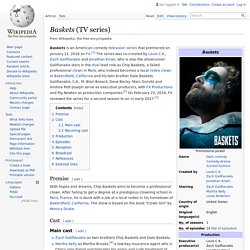 After failing to get a degree at a prestigious clowning school in Paris, France, he is stuck with a job at a local rodeo in his hometown of Bakersfield, California. The Last Man on Earth (TV series) Marco Polo (TV series) Marco Polo is an American drama series inspired by Marco Polo's early years in the court of Kublai Khan, the Khagan of the Mongolian Empire and the founder of the Yuan dynasty (1271 – 1368), in Khanbaliq (today Beijing). 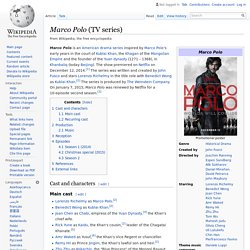 The show premiered on Netflix on December 12, 2014.[1] The series was written and created by John Fusco and stars Lorenzo Richelmy in the title role with Benedict Wong as Kublai Khan.[2] The series is produced by The Weinstein Company. On January 7, 2015, Marco Polo was renewed by Netflix for a 10-episode second season.[3] Corrado Invernizzi as Maffeo Polo, Marco's uncle.Tan Kheng Hua as Xie Daoqing, empress dowager of the Song Dynasty.Claudia Kim as Khutulun, Kaidu's daughter, a peerless warrior in her own right.Oon Shu An as Jing Fei, Mei Lin's friend, also an imperial concubine.Darwin Shaw as Sabbah, one of the Khan's tax collectors, reporting to Ahmad.Lawrence Makoare as Za Bing, Princess Kokachin's eunuch protector. 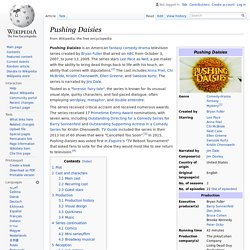 Plot[edit] In the pilot episode, Ned discovers his gift as a child by resurrecting his Golden Retriever, Digby, after the dog is hit by a truck. He later brings back his mother when she dies of an aneurysm. However, in doing this, he accidentally causes the death of the father of his childhood sweetheart, Charlotte "Chuck" Charles (Anna Friel), as the "price" of keeping his mother alive.

Even worse, Ned's mother falls dead permanently when she kisses him goodnight (which is how he learns the effect of the second touch). In their childhood, Ned and Chuck are separated after Chuck's agoraphobic aunts, Vivian and Lily (Ellen Greene and Swoosie Kurtz, respectively), move in to take on the role of her parents, while Ned is shipped off by his father to a boarding school. Cast and characters[edit] Main cast[edit] Mr. Robot (TV series) The pilot premiered on multiple online and video on demand services on May 27, 2015, and the series was renewed for a second season before the first season premiered on USA Network on June 24, 2015. 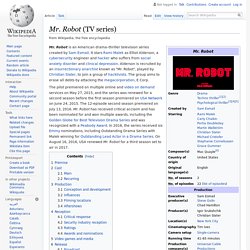 The 12-episode second season premiered on July 13, 2016. Mr. Robot has received critical acclaim and has been nominated for and won multiple awards, including the Golden Globe for Best Television Drama Series and was recognized with a Peabody Award. Fargo (TV series) In 2006, Lorne Malvo (Billy Bob Thornton) passes through Bemidji, Minnesota and influences the community–including put-upon insurance salesman Lester Nygaard (Martin Freeman)–with his malice, violence and deception. 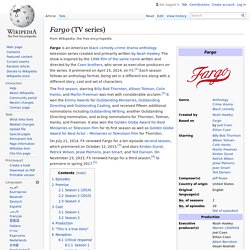 Meanwhile, Deputy Molly Solverson (Allison Tolman) and Duluth police officer Gus Grimly (Colin Hanks) team up to solve a series of murders they believe may be linked to Malvo and Nygaard. According to series creator Noah Hawley, season 3 will take place in 2010, leaving open the possibility that characters from the previous seasons could return.[5] Hawley said, "There are going to be connections, the way the first year was connected to the movie and the second year was connected to the first".[7] Billy Bob Thornton as Lorne MalvoAllison Tolman as Deputy Molly SolversonColin Hanks as Officer Gus GrimlyMartin Freeman as Lester Nygaard. Les Soprano (TV Series 1999–2007) Only Fools and Horses. Britain's Best Sitcom. Britain's Best Sitcom was a BBC media campaign in which television viewers were asked to decide the best British situation comedy. 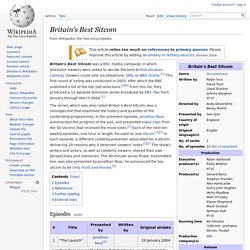 Viewers could vote via telephone, SMS, or BBC Online.[2] This first round of voting was conducted in 2003, after which the BBC published a list of the top 100 selections.[3][4] From this list, they produced a 12-episode television series broadcast by BBC Two from January through March 2004.[1] 18 Things You Might Not Know About 'Frasier' The character of psychiatrist Frasier Crane was added to Cheers during the series’ third season as a temporary release for some of the Sam and Diane relationship tension. 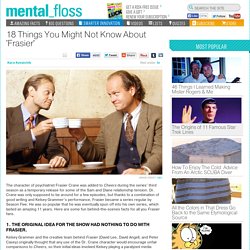 Dr. Crane was only supposed to be around for a few episodes, but thanks to a combination of good writing and Kelsey Grammer’s performance, Frasier became a series regular by Season Five. He was so popular that he was eventually spun off into his own series, which lasted an amazing 11 years. Here are some fun behind-the-scenes facts for all you Frasier fans. How To Watch Netflix In Other Countries Using Hola. An Idiot Abroad. An Idiot Abroad is a British travel documentary/road trip comedy television series broadcast on Sky 1, as well as a series of companion books published by Canongate Books,[1] created by Ricky Gervais and Stephen Merchant and starring Karl Pilkington.[2] The ongoing theme of both the television series and the books is that Pilkington has no interest in global travel, so Merchant and Gervais make him travel while they stay in the United Kingdom and monitor his progress.[2][3] Overview[edit] Originally entitled Karl Pilkington's Seven Wonders of the World,[4] An Idiot Abroad documents Karl Pilkington's journeys to foreign countries under the guise of visiting the New Seven Wonders of the World. 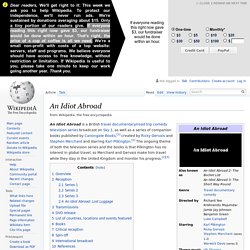 Danger 5. Danger 5 is an Australian action comedy television series which premiered on SBS One on 27 February 2012.[1] It is set in a bizarre 1960s interpretation of World War II and follows a group of five international spies on a mission to kill Adolf Hitler and thwart his plans of world domination.[2] The Men's adventure pulp magazine-inspired series was created by Dario Russo and David Ashby. 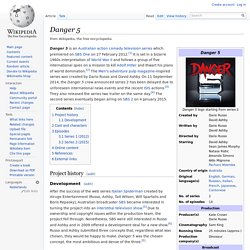 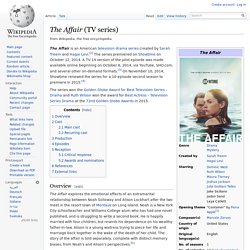 The Affair explores the emotional effects of an extramarital relationship between Noah Solloway and Alison Lockhart after the two meet in the resort town of Montauk on Long Island. Noah is a New York City schoolteacher and Williams College alum who has had one novel published, and is struggling to write a second book. He is happily married with four children, but resents his dependence on his wealthy father-in-law. Whites (TV series) After the beginnings of a seemingly promising career, Roland White (Alan Davies) is executive chef at the White House hotel and well past his prime. He deals with his stuttered career by leaving much of the day to day difficulties of running the restaurant to his best friend and sous-chef Bib (Darren Boyd) and his restaurant manager Caroline (Katherine Parkinson).