11 Wonderful Ways That Cats Show Just How They Feel. Portugal Powered For Four Days Straight Entirely By Renewable Energy. Just a few days after it was found that Germany was producing so much energy from renewables that they effectively had to pay consumers to use it, yet another country has hit another renewable milestone. 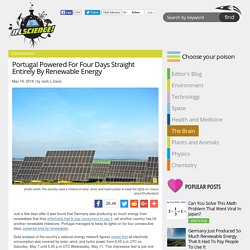 Portugal managed to keep its lights on for four consecutive days, powered only by renewables. Data analysis of the country’s national energy network figures reveal that all electricity consumption was covered by solar, wind, and hydro power from 6.45 a.m UTC on Saturday, May 7 until 5.45 p.m UTC Wednesday, May 11. This impressive feat is just one of a number to have come out of Europe over the last year or so, from Germany last week, to Denmark last year breaking its own record by generating 42 percent of its electricity in 2015 by wind power alone.

“This is a significant achievement for a European country, but what seems extraordinary today will be commonplace in Europe in just a few years,” explains James Watson, the CEO of SolarPower Europe, to The Guardian. Why Modern Dating Makes Me Want To Punch Myself In The Throat. As a 22-year-old single woman I’m pretty much living in the thickest part of the modern hookup culture – perfecting the art of getting the right guy to buy you a drink at a bar, crafting the perfect response to a text to make you seem just interested enough, taking the proper five seconds to adequately judge a person and determine whether or not to swipe left or right on Tinder. 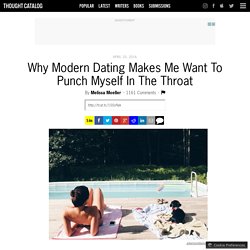 That’s the world I live in now and I have to confess: I hate it with every fiber of my being. Maybe it’s because I let insignificant events ruminate in my mind far past their welcome. Or maybe it’s because I react too sensitively to the people with whom I share the world. Or maybe the modern dating scene is just horrendously fucked up. It’s probably all three, but in the interest of, well, maintaining your interest, let’s just talk about that third observation.

While I was in a relationship, I heard people complain about the single life all of the time. Apple iPhone 6s Plus costs $236 to make, sells for $749. One Direction'un Eski Solisti Twitter'a Sapladı! Zayn ile Sapık Hayal Eden 19 Kişi. Incicaps - beyaz yaka için mizah kültürü. 1. 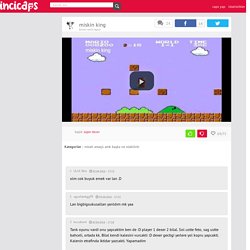 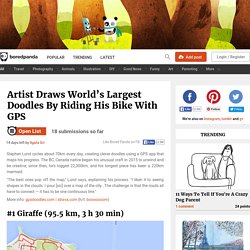 The BC, Canada native began his unusual craft in 2015 to unwind and be creative; since then, he's logged 22,300km, and his longest piece has been a 220km mermaid. "The best ones pop off the map," Lund says, explaining his process. "I liken it to seeing shapes in the clouds. I pour [sic] over a map of the city...The challenge is that the roads all have to connect — it has to be one continuous line. " More info: gpsdoodles.com | strava.com (h/t: booooooom) Add Image Drag Image Select File Rules: 1) no ugly watermarks 2) no borders 3) no low quality images Ooops! Untitled. Good lcuk, Sarah: Good Lcuk. February 14th this year will mark my dad's 3 years of passing away. 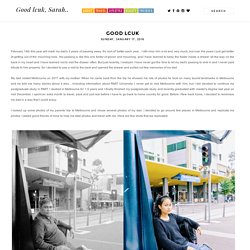 It's 'sort of' better each year... I still miss him a lot and very much, but over the years I just get better at getting out of the mourning hole. His passing is like this one folder of gloom and mourning, and I have learned to keep the folder inside a drawer all the way on the back in my heart and I have learned not to visit the drawer often. But just recently, I realized I have never got the time to let my dad's passing to sink in and I never paid tribute to him properly. So I decided to pay a visit to the back and opened the drawer and pulled out few memories of my dad. My dad visited Melbourne on 2011 with my mother. I looked up some photos of my parents' trip to Melbourne and chose several photos of my dad. It was honestly very emotional for me to do this project.