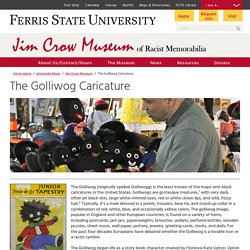 What Black Educators Built. What was Jim Crow - Jim Crow Museum - Ferris State University. Image Gallery Jim Crow was the name of the racial caste system which operated primarily, but not exclusively in southern and border states, between 1877 and the mid-1960s. Jim Crow was more than a series of rigid anti-black laws. It was a way of life. Under Jim Crow, African Americans were relegated to the status of second class citizens. Jim Crow represented the legitimization of anti-black racism. The Jim Crow system was undergirded by the following beliefs or rationalizations: whites were superior to blacks in all important ways, including but not limited to intelligence, morality, and civilized behavior; sexual relations between blacks and whites would produce a mongrel race which would destroy America; treating blacks as equals would encourage interracial sexual unions; any activity which suggested social equality encouraged interracial sexual relations; if necessary, violence must be used to keep blacks at the bottom of the racial hierarchy.

Barbers. . © Dr. Note. Student Assistance / Talking about Racism - Curricular Resources. Helping Children Cope With Trauma. At this age, although children are making big developmental advances, they still depend on parents to nurture them. 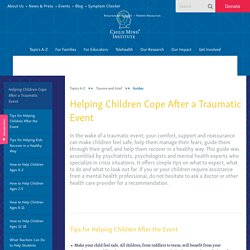 As with babies, they typically respond to situations according to how parents react. If you are calm and confident, your child will feel more secure. If you act anxious or overwhelmed, your child may feel unsafe. Talking to children after racial incidents. Parents have a natural instinct to teach and protect their children. 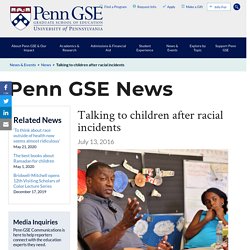 Police-involved killings, the shooting of Dallas officers, peaceful protests that turn violent — incidents that are often traumatic for adults — can make these two instincts feel in conflict. Do we try to explain the strife our child sees on television? Or should we try to shield her from such “grown up” problems? Howard Stevenson, a clinical psychologist at Penn GSE, studies racial literacy and racial trauma. He works with educators and families to help them understand the emotions that racial incidents can bring about, and how to reduce their negative effects on health and well being. We asked Stevenson what ideas he had for adults who are searching for a way to discuss racial incidents with their children. Why is this a conversation parents and guardians need to have?

Stevenson: We can’t hide our children from the world. Why talk about social justice? At some point, your child will be treated differently. Reason it out. Talking to kids about race. Over the weekend, intense protests fueled by the killing of an African-American man by a white police officer in Minneapolis took place around the world. 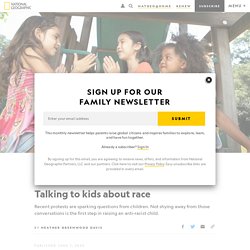 No matter how much we want to shield our children from these upsetting images, kids will likely be overhearing conversations about race, racial differences, and racism—and asking questions. Experts say that how you answer could shape your children’s feelings about race for years to come. “This moment in time provides people with an opportunity,” says Candra Flanagan, director of teaching and learning for the National Museum of African American History and Culture (NMAAHC).

“Adults might want to turn off the TV or be silent. But kids are getting their information and understanding from other places. For some parents, the protests taking place after the death of George Floyd will result in their children’s first questions about race and racism. Bullying Prevention and Help. Violence, shootings, terrorism and other tragedies in the news can be traumatic and create an array of feelings in children and youth as well as adults. 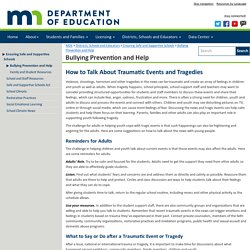 When tragedy happens, school principals, school support staff and teachers may want to consider providing structured opportunities for students and staff members to discuss these events and share their feelings, which can include fear, anger, sadness, frustration and more. There is often a strong need for children, youth and adults to discuss and process the events and connect with others. Children and youth may see disturbing pictures on TV, online or through social media, which can cause more feelings of fear. Discussing the news and tragic events can help calm students and help them focus on their learning. Parents, families and other adults can also play an important role in supporting youth following tragedy. Reminders for Adults Adults’ Role. Listen. Use your resources. How White Parents Can Use Media to Raise Anti-Racist Kids. How do I talk to my kids about race and racism? Be open about addressing mistakes. 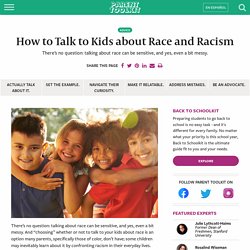 Try as we might, mistakes still happen. “If someone says something offensive, it’s important to keep in mind their experience probably does not include your experience,” Coleman-Mortley says. Yahoo fait dÃ©sormais partie de VerizonÂ Media. These are troubling times for many Americans. 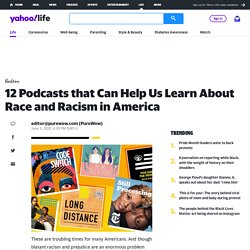 And though blatant racism and prejudice are an enormous problem today, they are something that Black Americans have been dealing with for centuries. From slavery to mass incarceration to police brutality, there are many issues that have affected Black people and unfortunately continue to play a role in their lives. As many take to the streets to protest, donate to organizations fighting for change, share content on social media or grab a book to learn about how to become a better ally, it has become clear we must continue to educate ourselves about the past and use that knowledge to shape our mindset and actions for the future.