Noam Chomsky on the (in)compatibility of Democracy and Capitalism. CityScapes - Cities for People. One of the most important aspects of city livability is the spaces we live, work and play in and the ways in which we travel there. 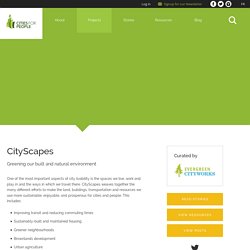 CityScapes weaves together the many different efforts to make the land, buildings, transportation and resources we use more sustainable, enjoyable, and prosperous for cities and people. This includes: Improving transit and reducing commuting timesSustainably-built and maintained housingGreener neighbourhoodsBrownlands developmentUrban agricultureRenewable and clean energy solutions Projects. Beyond Ecological Stewardship: Toward a New Planetary Culture. Global Warming by Paul VanDerWerf, CC BY 2.0 Over the last 500 hundred years, Western civilization has attained global dominance through its mastery of technology, or what the critic Lewis Mumford called “technics”. 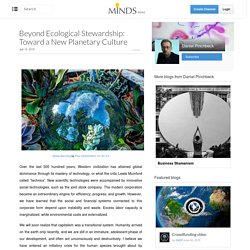 New scientific technologies were accompanied by innovative social technologies, such as the joint stock company. The modern corporation became an extraordinary engine for efficiency, progress, and growth. However, we have learned that the social and financial systems connected to this corporate form depend upon instability and waste. Excess labor capacity is marginalized, while environmental costs are externalized. I AM (2010) I AM is an utterly engaging and entertaining non-fiction film that poses two practical and provocative questions: what’s wrong with our world, and what can we do to make it better? 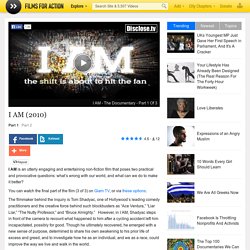 Destroying 'homo-economicus' - Evonomics Magazine. Rethink the System. Below is a selection of the interesting ideas for rethinking the system that were posted on this website during our tour. 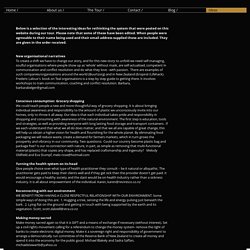 Please note that some of these have been edited. When people were agreeable to their name being used and their email address supplied these are included. They are given in the order received. A City Where Everyone Works, There Is No Police, And The Salary Is 1200 Euros. With virtually no police, crime or unemployment, meet the Spanish town described as a democratic, socialist utopia. 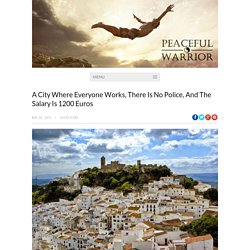 Fairness. What It Is, What It Isn’t, And What It Might Be For. People want others to be rewarded equally for equal work, that is, they value fairness. 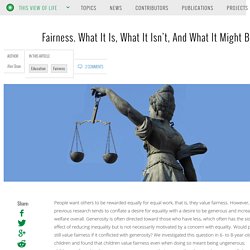 However, previous research tends to conflate a desire for equality with a desire to be generous and increase welfare overall. Generosity is often directed toward those who have less, which often has the side effect of reducing inequality but is not necessarily motivated by a concern with equality. Would people still value fairness if it conflicted with generosity? We investigated this question in 6- to 8-year-old children and found that children value fairness even when doing so meant being ungenerous; children preferred to throw a resource away, even their own, rather than to share unequally by giving one recipient more than another recipient.

Make School a Democracy. Photo ARMENIA, Colombia — IN a one-room rural schoolhouse an hour’s drive from this city in a coffee-growing region of , 30 youngsters ages 5 to 13 are engrossed in study. 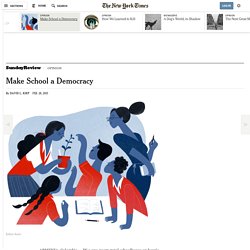 In most schools, students sit in rows facing the teacher, who does most of the talking. But these students are grouped at tables, each corresponding to a grade level. The hum of conversation fills the room. After tackling an assignment on their own, the students review one another’s work. During my visit to one of these schools, second graders were writing short stories, and fifth graders were testing whether the color of light affects its brightness when seen through water.

The Spanish town where people come before profit : July 2014. By Liam Barrington-Bush and Jen Wilton In the south of Spain, the street is the collective living room. 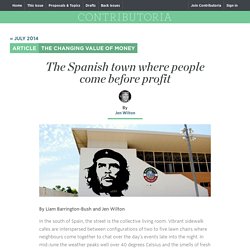 Vibrant sidewalk cafes are interspersed between configurations of two to five lawn chairs where neighbours come together to chat over the day’s events late into the night. In mid-June the weather peaks well over 40 degrees Celsius and the smells of fresh seafood waft from kitchens and restaurants as the seasonably-late dining hour begins to approach. The scene is archetypally Spanish, particularly for the Andalusian region to the country’s south, where life is lived more in public than in private, when given half a chance. Specifically, this imagery above describes Marinaleda.

Marinaleda has been called Spain’s ‘communist utopia,’ though the local variation bears little resemblance to the Soviet model most associate with the phrase. As the Spanish economy continues its post-2008 nosedive, unemployment sits at 26 percent nationally, while over half of young people can’t find work. Beyond capitalism and socialism: could a new economic approach save the planet? To avoid social, environmental and economic collapse, the world needs to move beyond the standard choices of capitalism or socialism.

That’s the conclusion of a new report released Wednesday by US think tank Capital Institute. The non-partisan think tank argues that both systems are unsustainable, even if flawlessly executed, and that economists need to look to the “hard science of holism” to debunk outdated views held by both the left and the right. Why hierarchy creates a destructive force within the human psyche (by dr. Robert Sapolsky) Stress, Portrait of a Killer - Full Documentary (2008)

Money, Gift and Society in the Age of Transition. Money, Values & Trust [LIVE in Zurich] Bryan Gould » Budget Blues. Twenty five dollars a week can’t be bad, can it? 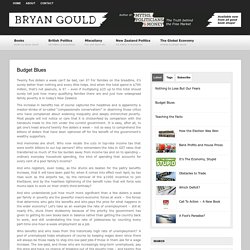