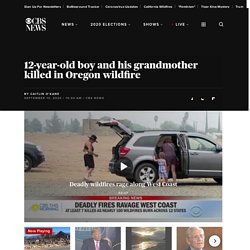 Deputies have not confirmed the boy's identity. "It was pretty terrifying," said Dye. 12 year old boy and grandmother killed in Oregon Wildfire. COVID-19 at college: Shaming and blaming students can make it worse, experts say. With colleges around the country reporting outbreaks of COVID-19, some schools have placed the blame on students. 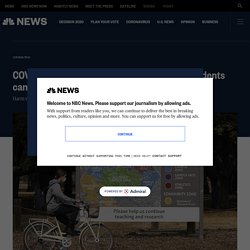 But experts say shaming students and zero-tolerance policies may be making the situation worse. The vice chancellor of Syracuse University called students "selfish" for gathering in the school's Quad without observing social distancing, and a Cornell University vice president scolded irresponsible behavior for a cluster of cases that caused the campus in Ithaca, New York, to raise its alert level to yellow Friday. The University of North Carolina-Chapel Hill, which quickly moved to a virtual learning environment after an outbreak of cases at 13 residence halls, blamed students participating in off-campus activities for the decision. 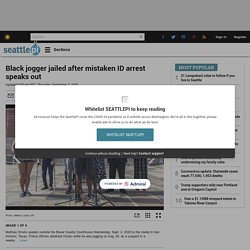 Police officers detained Ometu while he was jogging on Aug. 28, as a suspect in a nearby domestic violence call, saying he resembled a sketchy description given by the complainant. However, the complainant refused to come to the scene immediately to positively identify Ometu. The delay in his positive identification led to a two-day jail stay until he was cleared. (William Luther/The San Antonio Express-News via AP) lessMathias Ometu speaks outside the Bexar County Courthouse Wednesday, Sept. 2, 2020 to the media in San Antonio, Texas. Photo: William Luther, AP. Black Jogger who was mistaken and arrested. Man shot after intervening in fight between his mother, another man, SAPD says.

SAN ANTONIO – San Antonio police are searching for two men in connection with a shooting Sunday night on the Southeast Side. 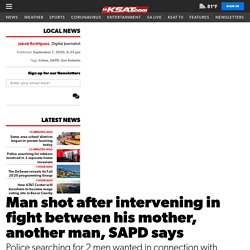 Police said a man and a woman were arguing around 10:40 p.m. outside an apartment complex in the 2100 block of Dollarhide Avenue, near Pecan Valley Drive and Interstate Highway 37. At some point during the argument, a son of the woman began to argue with the man for yelling at his mother, and the two men started fighting, police said. The man left and returned shortly with another person, who shot the woman’s son, police said. The two men drove off. Anyone with information on the shooting or the men’s whereabouts are asked to contact the San Antonio Police Department. Related: San Antonio police searching for persons of interest after teen shot, killed at North Side apartment complex Copyright 2020 by KSAT - All rights reserved.

Man shot after intervening in fight between his mother and another man.