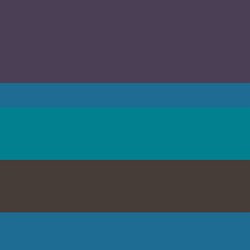 MATTHEW. Welcome to Italy: this is what a real immigration crisis looks like. Let us suppose that along the coast of Normandy up to one million non-EU migrants are waiting to be packed like sardines in small unseaworthy vessels and to cross the English Channel. 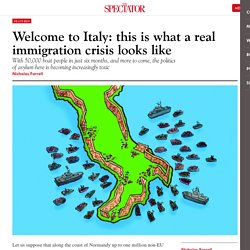 Let us suppose that first the Royal Navy, then the navies of a dozen other EU countries, start to search for all such vessels in the Channel right up to the French coast, out into the North Sea and the Atlantic even, and then ferry all the passengers on board to Dover, Folkestone, Hastings, Eastbourne and Brighton in a surreal modern-day never-ending version of the Dunkirk evacuation of 1940. Would the British government agree to take them all? What of the British people? And if they did agree, what would the British government and people do with all the migrants? How would they cope? Well, Italy has been invaded in just this way, by migrants from many nations all coming over here from Libya. Here’s how it works. This year, there is space for just 75,000 migrants in such places. From the RESTORATION to the AUGUSTAN AGE. Second & third conditionals (English Grammar) Wishes and regrets. 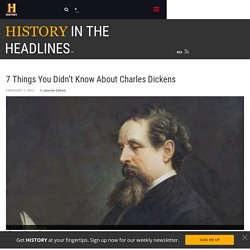 Wildly popular in his lifetime and widely read today, Dickens is remembered not only for the vivid characters he created but also for the intriguing life he led. Explore seven facts about “The Inimitable,” as he playfully called himself, below. For extra credit, see if you can match up each Dickensian quote with its source. “I am born.”﻿﻿﻿﻿ Born in 1812 to middle-class parents in the English city of Portsmouth, Charles Dickens—like several of his protagonists—entered the workforce at a young age. “It is a melancholy truth that even great men have their poor relations.”

“The Spirits have done it all in one night. “It was the best of times, it was the worst of times.” “There are dark shadows on the earth, but its lights are stronger in the contrast.” DULCE ET DECORUM EST page F46. MATTHEW. Seconda guerra mondiale cause. James Joyce & The Dubliners. Eveline by James Joyce Audiobook.