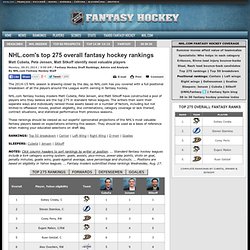 NHL.com fantasy hockey insiders Matt Cubeta, Pete Jensen, and Matt Sitkoff have constructed a pool of players who they believe are the top 275 in standard Yahoo leagues. The writers then went their separate ways and individually ranked those assets based on a number of factors, including but not limited to offseason moves, position eligibility, line combinations, category coverage or lack thereof, contract situations, and statistical performance from previous seasons. 2013 NHL Mock Draft. Here is our 2014 NHL mock draft. 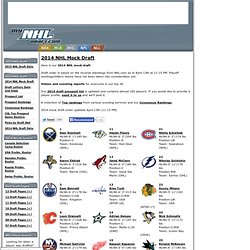 Draft order is based on the reverse standings from NHL.com as of April 13th at 11:15 PM. Playoff seedings/lottery teams have not been taken into consideration yet. Minor penalty. The National Hockey League. Hockey Injury Prevention & Treatment. Concussion Athletes may suffer a concussion without getting "knocked out" (loss of consciousness). 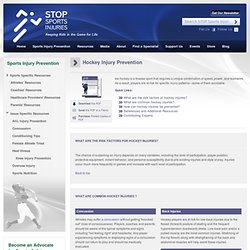 Players, coaches, and parents should be aware of the typical symptoms and signs, including "not feeling right" and headache. Any player experiencing symptoms or displaying signs of a concussion should not return to play and should be medically evaluated. Shoulder Injuries The most common shoulder injuries in hockey are a shoulder separation and a broken collarbone. Terry Sawchuk - The face of a hockey goalie before masks became standard game equipment, 1966. Terry Sawchuk, a face only a hockey puck could love This face belongs to Terry Sawchuk, a 36-year-old goalie for the Toronto Maple Leafs. 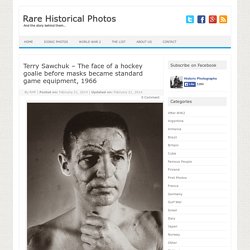 Re-created here, by a professional make-up artist and a doctor, are some of the more than 400 stitches he has earned during 16 years in the National Hockey League. Terry Sawchuck’s face was bashed over and over, but not all at one time. His wounds healed. Montréal Canadiens. Eurosport.fr. MLB Rumors - MLBTradeRumors.com. Baseball-Reference.com - Major League Baseball Statistics and History. Hockeyligan.se - Startsida.