eBay sellers charging extortionate amounts for toys like Star Wars and Barbie. Sellers are charging tens of thousands of pounds for children's toys The Princess Diana Beanie Baby has an asking price of up to £65,000 A naked and unpackaged Barbie is valued at more than £10,000Experts claim they are sought after for nostalgic reasons By Martha Cliff for MailOnline Published: 08:32 GMT, 17 July 2015 | Updated: 18:20 GMT, 17 July 2015. 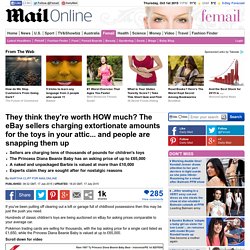 CITY FOCUS: The retro revolution - From vinyl LPs to traditional sweets, companies are cashing in on our need for nostalgia. By Laura Chesters For The Daily Mail Published: 21:07 GMT, 10 August 2015 | Updated: 16:45 GMT, 12 August 2015 Novelty is the lifeblood of consumer businesses. 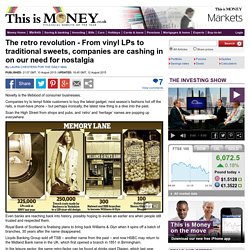 Companies try to tempt fickle customers to buy the latest gadget, next season’s fashions hot off the rails, a must-have phone – but perhaps ironically, the latest new thing is a dive into the past. The fashion show you had to watch through your iPhone. Dazed writer Susanne Madsen once wrote about the detachment that social media creates at a fashion show. 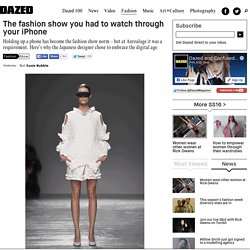 “Shows should be about immersing yourself in a designer’s universe, yet the moment you hold up a phone, something happens that distorts the moment,” she said. To kick off Paris Fashion Week yesterday, designer Kunihiko Morinaga of label Anrealage decided to play on that distorted moment by making everyone hold their phones aloft to snap his high concept show. It turns out his entire collection was crafted out of a special light-reflective fabric, developed with a company that makes high-vis and safety gear. Flash your smartphone at each garment and what appear to be grey, white or black plain silhouettes, suddenly light up with neon stripes, houndstooth checks and later more ornate lace and geometric patterns in a rainbow of colours.

V&A hosts The Cloakroom by Faye and Erica Toogood. London Design Festival 2015: London-based Studio Toogood has created 150 oversized foam coats for V&A visitors to wear while following a trail around the museum. 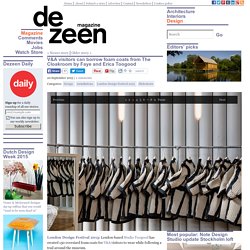 A major Chanel exhibition is coming to London. This exhibition explores how tech has changed fashion. Over the last twenty years, digital technology has radically changed the fashion industry – that much is obvious. 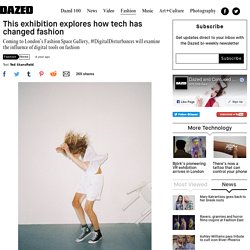 It's transformed the way fashion is produced and consumed, the way it’s designed and represented. Last week a new app was launched that allows clients to book models with one Tinder-like swipe of an iPhone screen. Introducing the world’s first ever Snapchat exhibition. Of all the social media apps, Snapchat is probably the most polarising. 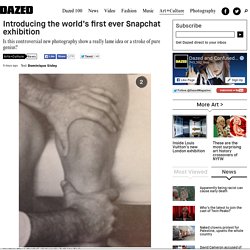 Initially designed as a way to send images and videos which self-destruct immediately after viewing, the majority of its original users were drunk 15-year-olds. Now though, it's gaining traction with a more mainstream audience, with people now freely using it as a form of everyday communication. Taking advantage of this rising popularity are curators Max J. Marshall and Paul Paper. Tracing Minnie Mouse’s fashion footprint. This autumn London is playing host to several exhibitions that you definitely won’t want to miss, including Minnie: Style Icon. 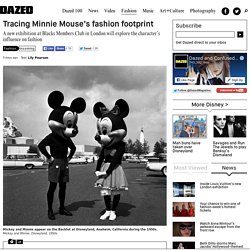 Curated by Georgia May Jagger, this show will be hosted by Blacks Members Club from September 18-20 as part of London Fashion Week’s official schedule. To mark the launch of #minniestyleuk – a social media search led by the curator herself to source the best photography, illustrations and fashion inspired by the cartoon character – kitsch queen Ashley Williams created a series of bespoke Minnie pieces for Dazed’s Spring/Summer issue. Why aren’t we talking about how political Kanye’s show was? In the flood of news stories and pap pics of the starry front row that emerged from what has been the most talked-about event of fashion month yet, few have analysed the actual composition of the presentation itself. 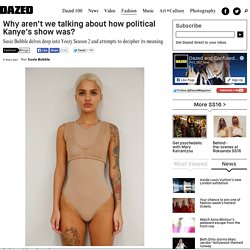 Its similarity to the first season of Kanye West’s Yeezy show might have had the audience confused as to whether they were seeing the same thing repeated. Upon closer inspection, the make-up of Yeezy Season 2’s tableau had some striking differences to its predecessor. The Yeezy army metaphor was taken a step further by both Kanye West and artist Vanessa Beecroft, who also created the performance of the inaugural show. Inside Louis Vuitton’s new London exhibition.

With its latest exhibition, Louis Vuitton invites you to step inside the mind of creative director Nicolas Ghesquière. 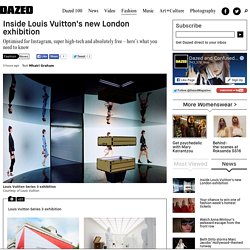 Louis Vuitton Series 3: Past, Present, Future – which opened today in London – is series of intimate and immersive, multi-sensory installations that retrace Ghesquière’s AW15 collection for the French fashion house. Spanning three floors and thirteen rooms, it displays the craftsmanship, inspiration and creative process that went in to the collection like a running stream of consciousness, as visitors weave through high-speed videos, laser beams and 3D mannequins, models of the designer’s muse Marte Mei Van Haaster. Since joining in late 2013, Ghesquière has fronted the LV empire as it enters a futuristic new dawn – one where art, photography and architecture are weaved expertly throughout everything the house does.

We went to Dismaland so you don’t have to. Disclaimer: I am not a massive fan of Banksy. 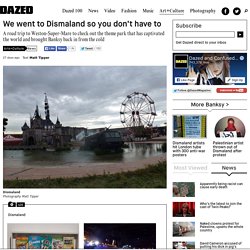 Something about his ‘street art’ being co-opted by the middle classes doesn’t sit quite right with me.