US VS THEM: OTHER

Newly Found Filaments Inside Cells Might Be the Key to How They Divide. New study finds young people are the new poor people. Tell your mother you were right all along: being young is no fun. 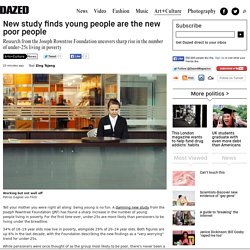 A damning new study from the Joseph Rowntree Foundation (JRF) has found a sharp increase in the number of young people living in poverty. For the first time ever, under-25s are more likely than pensioners to be living under the breadline. 34% of 16–19 year olds now live in poverty, alongside 29% of 20–24 year olds. Both figures are up 6% in the last decade, with the Foundation describing the new findings as a "very worrying" trend for under-25s. Fighting ISIS with comic books. Jordanian social activist, Suleiman Bakhit believes we can fight ISIS with comic books. 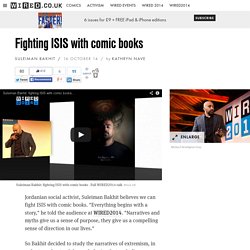 "Everything begins with a story," he told the audience at WIRED2014. "Narratives and myths give us a sense of purpose, they give us a compelling sense of direction in our lives. " So Bakhit decided to study the narratives of extremism, in order to understand the mythologies that underlie groups like ISIS and Al Qaeda. "If I can understand it," he said, "I can fight it. " In doing so he discovered that at the centre of their violence, at the centre of all violence, is the feeling of shame. It's a motivation Bakhit understands all too well. The idea to fight these narratives of shame through comics developed in a Jordanian school when Bakhit asked the kids, "Who are your heroes? " "There is a huge need for positive role models and positive narratives," he said. "The best way to accomplish this," Bakhit concluded. 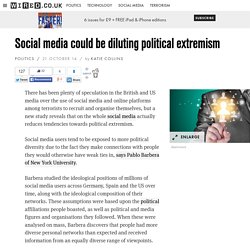 Social media users tend to be exposed to more political diversity due to the fact they make connections with people they would otherwise have weak ties in, says Pablo Barbera of New York University. Barbera studied the ideological positions of millions of social media users across Germany, Spain and the US over time, along with the ideological composition of their networks. These assumptions were based upon the political affiliations people boasted, as well as political and media figures and organisations they followed. Madhumita Venkataramanan: My identity for sale. Madhumita Venkataramanan Associate Editor This article was taken from the November 2014 issue of WIRED magazine. 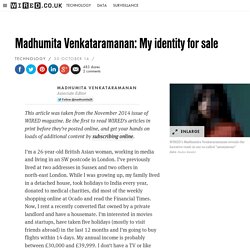 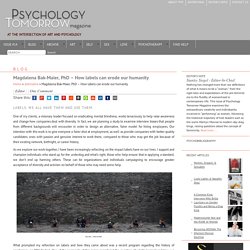 One of my clients, a visionary leader focused on eradicating mental blindness, works tenaciously to help raise awareness and change how companies deal with diversity. Race & Ethnicity / Self-Control & Decision-Making. Do you remember the time? How collective nostalgia inspires group loyalty. Nostalgia seems like a distraction in a world that’s moving forward. 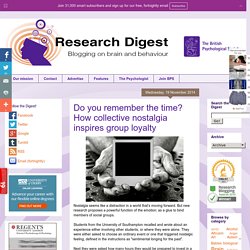 Dismantling Tech’s Sexist Culture Isn’t Easy, But Deleting Uber Sure Is. SEVENTY NINE illegal camps have sprung up in Harlow, Essex in just a year  Nasa studies records to discover which gender fares better in zero-gravity. Study by Nasa in California looked at role of gender in spaceflightThey looked at records of more than 500 astronauts up to June 2013Overall, the report found men coped with spaceflight betterMales had a lower heart rate during stressful situations, suffered fewer urinary tract infections, and coped with landing betterBut, females were less likely to suffer vision or hearing impairmentsThe report stresses more data is needed to draw conclusionsIn the study there were 477 male astronauts but only 57 female, tooIt's hoped the research could help Nasa develop techniques for long-duration spaceflight mission beyond Earth in the future By Jonathan O'Callaghan for MailOnline Published: 17:22 GMT, 20 November 2014 | Updated: 18:25 GMT, 20 November 2014 A recent study has found that both males and females have their individual flaws when it comes to space travel. 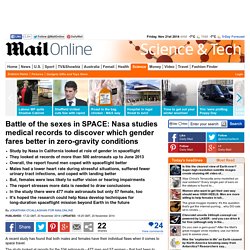 The study looked at reports for the 534 astronauts - 477 men and 57 women - that had been to space up until June 2013. Labour's Emily Thornberry resigns from Shadow Cabinet over St George's flags tweet. Emily Thornberry said it was 'remarkable' to see a house with three flags Islington MP took photo of house while out campaigning in RochesterIt emerged as voters went to the polls in today's crunch by-electionLabour colleagues accused Ms Thornberry of being 'derogatory' Tory Cabinet minister Eric Pickles said families should fly flag with prideAfter furore over message Ms Thornberry tweeted apology for 'offence' House owner Dan Ware, 36, called the Shadow Attorney General a 'snob' By James Chapman and John Stevens and Tamara Cohen for Daily Mail Published: 16:41 GMT, 20 November 2014 | Updated: 00:49 GMT, 21 November 2014 One of Ed Miliband’s closest allies was sensationally forced to quit last night after sneering at a modest house draped with Cross of St George flags. 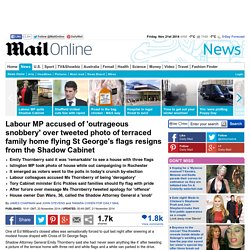 Shadow Attorney General Emily Thornberry said she had ‘never seen anything like it’ after tweeting a picture of the terrace home with three red and white flags and a white van parked in the drive.