Alex BERKUN photographer, This Instagram profile is one giant canvas of pop culture. Samantha Lee’s Food Sculpture Photography is More Than Good Eats. If you were served with a plate of food prepared by Samantha Lee, there is a big chance you would’t want to dig right in for fear of ruining the art. 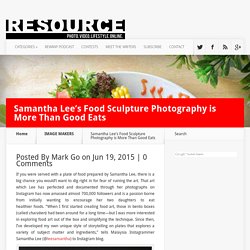 That art which Lee has perfected and documented through her photographs on Instagram has now amassed almost 700,000 followers and is a passion borne from initially wanting to encourage her two daughters to eat healthier foods. “When I first started creating food art, those in bento boxes (called charaben) had been around for a long time—but I was more interested in exploring food art out of the box and simplifying the technique. 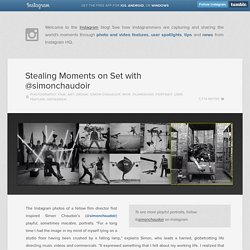 The Instagram photos of a fellow film director first inspired Simon Chaudoir’s (@simonchaudoir) playful, sometimes macabre, portraits. “For a long time I had the image in my mind of myself lying on a studio floor having been crushed by a falling lamp,” explains Simon, who leads a harried, globetrotting life directing music videos and commercials. “It expressed something that I felt about my working life. I realized that Instagram gave me the platform to explore such images. With filmmaking equipment and backdrops at his disposal, Simon crafts jarring photos that draw from elements of Renaissance paintings, surrealist photography and the avant-garde. “Sometimes when I accept a job, knowing the equipment that’s going to be used and the people involved, I’ve already conceived what the picture of the day will be,” he says. Matt Black (@mattblack_blackmatt) Blog. Blog. To explore more of Riccardo’s abstract sceneries, follow @charlie_davoli on Instagram. 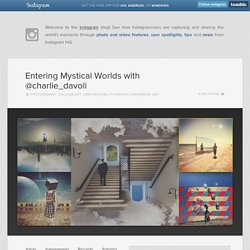 Italian Instagrammer Riccardo Schirinzi (@charlie_davoli) layers images to create imagined worlds by “playing with paradoxes and mixing up real environments with surreal interferences.” Using iPhone editing apps for the process, Riccardo’s inspiration is the real world around him. “When I walk down the street, I shoot anything that catches my attention, creating a data base of potential photos to work with,” he explains. Chandan Khanna (@khannachandan) Michael Matti (@michaelmatti) Instagram photos and videos. Nana Kofi Acquah (@africashowboy) Blog. Ebizo ichikawa 358 (@ebizoichikawa.ebizoichikawa) HawkWatch International (@floatingfeather) Instagram photos and videos. 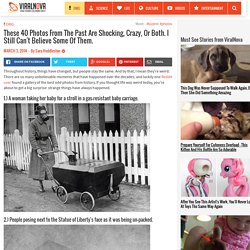 She considers herself a jack of all trades, but would prefer it if you would stop calling her "Jack. " Throughout history, things have changed, but people stay the same. Carl de Keyzer Photography. Welcome to Forbes. Aleksandra Kingo (@aleksandrakingo) Hyemi Jeong @hyemi.jeong Instagram photos. Konsta Punkka @kpunkka Instagram photos. Soren @spritesoren Instagram photos. Illustrator Adds Funny Cartoons To Strangers’ Instagram Photos. Lucas Levitan, a Brazilian illustrator based in London, has a wild imagination that seems to invent alternative stories for everything he sees. 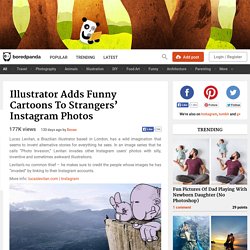 In an image series that he calls “Photo Invasion,” Levitan invades other Instagram users’ photos with silly, inventive and sometimes awkward illustrations. Levitan’s no common thief – he makes sure to credit the people whose images he has “invaded” by linking to their Instagram accounts. More info: lucaslevitan.com | Instagram. Mikko Lagerstedt (@mikkolagerstedt) Cooperative Effort: Stuart Pilkington Graduates from Fan Sites to Collaborative Photo Projects. By Sarah Coleman Englishman Stuart Pilkington describes himself as “a jack of all trades, master of none.” 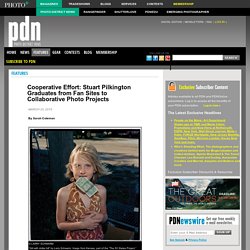 But in 2008, when Pilkington launched his first online group photography project, he discovered a latent talent. “I like getting people together, seeing what will happen,” he says. “I think we all like to be part of a tribe.” Before that, Pilkington had bounced around in different jobs—from television postproduction to financial brokerage—and although he had a passion for photography, he didn’t know what to do with it. How to Sell a (Stolen) Banksy: Chris Thompson’s Art World Nightmare. In a new lawsuit, the modeling mogul who has been accused of supplying Jeffrey Epstein with underage girls says the billionaire ruined his brand. 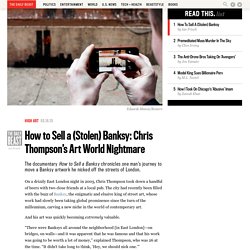 The modeling agency kingpin who allegedly teamed up with pedophile billionaire Jeffrey Epstein to supply his underage beauties is broke and wants payback. Jean Luc Brunel, the septuagenarian French co-owner of MC2 modeling agency and Karin Models, has filed a lawsuit against his convicted pal Epstein for supposedly losing him millions in profits and sending him into deep depression (he’s displaying the prescriptions and psychotherapy forms to prove it!) , and he’s also picking a fight with with a no-name hosting website for tarring his rep.

The fall from grace over the past six months for the 71-year-old Brunel has been steep. The man who claims he discovered and “molded the careers” of Christy Turlington, Sharon Stone, and Milla Jovovich is apparently panicking and fears his modeling agency MC2 may be underwater, according to the lawsuit. A look back at some of our favorite photography shows of 2014 (PHOTOS). We see a lot of work while researching stories to run on Behold, the majority online. 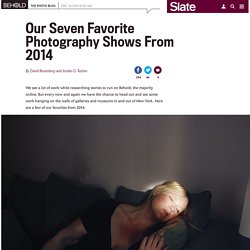 But every now and again we have the chance to head out and see some work hanging on the walls of galleries and museums in and out of New York. Here are a few of our favorites from 2014. Jen Davis Jen Davis: “Eleven Years” Jen Davis has been working on a series of self-portraits that examine body identity for 11 years. Hulk, At 173 Lbs, Might Be The World’s Biggest Pitbull And He’s Still Growing! ‘Hulk,’ a massive 173.4lb (78.6kg) pitbull in the U.S., is a trained professional guard dog, who will heed his owners every command and protect them with his life. 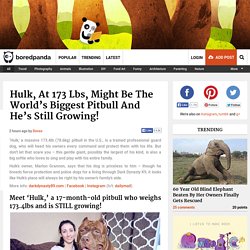 But don’t let that scare you – this gentle giant, possibly the largest of his kind, is also a big softie who loves to sing and play with his entire family. Hulk’s owner, Marlon Grannon, says that his dog is priceless to him – though he breeds fierce protection and police dogs for a living through Dark Dynasty K9, it looks like Hulk’s place will always be right by his owner’s family’s side. More info: darkdynasty89.com | Facebook | Instagram (h/t: dailymail) Meet ‘Hulk,’ a 17-month-old pitbull who weighs 173.4lbs and is STILL growing! Kiev aerial showreel 2015 - SKYANDMETHOD.COM. Untitled. Artist Duo Creates Surreal Cubist Tattoos Based On Clients’ Stories. Cubism’s heyday was in the early 20th century, but there are at least two people trying to revive it today – with other people’s skin for a canvas. 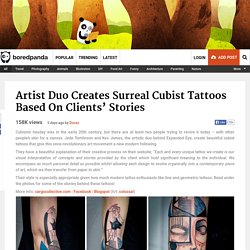 Jade Tomlinson and Kev James, the artistic duo behind Expanded Eye, create beautiful cubist tattoos that give this once-revolutionary art movement a new modern following. They have a beautiful explanation of their creative process on their website; “Each and every unique tattoo we create is our visual interpretation of concepts and stories provided by the client which hold significant meaning to the individual. «Темный туризм»: места трагедий, ставшие достопримечательностями. Il mondo in bianco e nero. Documentary Photographer Uses Forced Perspective Photography To Help Preserve Mongolia.

Often in photography, we are told to be different, to do things in ways that are original, unique. Do something that sets yourself apart from the rest of the pack. It’s good advice, especially as the vast pool of photographers inevitably becomes more and more saturated. In a series of photographs by Daesung Lee, the artist demonstrates his unique approach not just in his photography, but also in their exhibition. Having printed a collection of billboard sized landscape photographs Daesung captured in Mongolia, the artist then returned with the oversized prints to the plains of Mongolia, where he blended them into the horizon using a little forced perspective.

Next, Daesung had Mongols of all ages, their horses, and their cattle interact with the images. The photos, part of Daesung’s Futuristic archaeology project, aims to raise awareness to the desertification of Mongolia, where 75% of the territory faces the risk of desertification. Take a look at the telling series, here: The Clone Photography of Daisuke Takakura. Japanese photographer Daisuke Takakura takes clone photography pretty seriously.