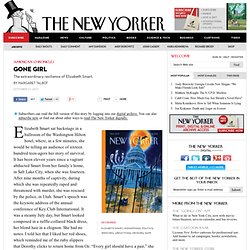 It has been eleven years since a vagrant abducted Smart from her family’s home, in Salt Lake City, when she was fourteen. After nine months of captivity, during which she was repeatedly raped and threatened with murder, she was rescued by the police, in Utah. Smart’s speech was the keynote address of the annual conference of Key Club International. Malala Yousafzai, Teenage School Activist, Survives Taliban Attack. Malala Yousufzai Impresses Queen Elizabeth.

The Queen described the campaigning work of Pakistani teenager Malala Yousafzai, who survived an assassination attempt by the Taliban, as "wonderful" when the pair met at Buckingham Palace. 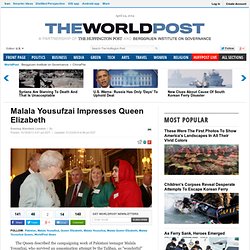 Malala, 16, was shot in the head in Pakistan last October after campaigning for the right of girls to go to school without fear, in a part of the country where Islamic fundamentalists were trying to impose a strict form of Sharia. Surgeons who treated her said she came within inches of death when the bullet grazed her brain in the school bus attack. Alison Wolf’s ‘XX Factor’