GlobalCAST Resources on Instagram: “You can only export what you grow at home @anndunagan #missions #family #lifestyle #resource #book #authenticity” GlobalCAST Resources sur Twitter : "Your #family has a #purpose bigger than itself. Reach out and capture it. #missions @CMMobilization. Denizen - » INFOGRAPHIC: The Modern Third Culture Kid. Here at Denizen, we were curious about the lives of the modern Third Culture Kid. 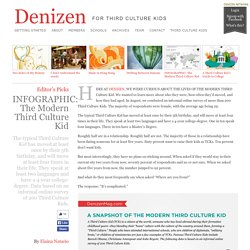 We wanted to learn more about who they were, how often they’d moved, and how they had aged. In August, we conducted an informal online survey of more than 200 Third Culture Kids. The majority of respondents were female, with the average age being 29. The typical Third Culture Kid has moved at least once by their 5th birthday, and will move at least four times in their life. They speak at least two languages and have a 4-year college-degree. Roughly half are in a relationship. But most interestingly, they have no plans on sticking around. And what do they most frequently say when asked “Where are you from?” The response: “It’s complicated.” Infographic for Denizen by Elaina Natario Tags: data, infographic, research, statistics, survey, Third Culture Kid. 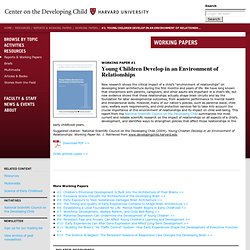 We have long known that interactions with parents, caregivers, and other adults are important in a child's life, but new evidence shows that these relationships actually shape brain circuits and lay the foundation for later developmental outcomes, from academic performance to mental health and interpersonal skills. However, many of our nation's policies, such as parental leave, child care, welfare work requirements, and child protection services fail to take into account the crucial importance of this environment of relationships and its impact on child well-being. Suggested citation: National Scientific Council on the Developing Child (2004). Young Children Develop in an Environment of Relationships: Working Paper No. 1. Retrieved from www.developingchild.harvard.edu Download PDF >> Order printed copies >> More Working Papers. The Happy Couple Cheat Sheet: 15 Steps to a Balanced and Happy Marriage (Relationship) Posted in Balanced Lifestyle, Balanced Relationships | October 27, 2009 | 27 Comments This post was written by Anastasiya. 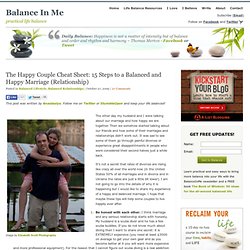 Follow me on Twitter or StumbleUpon and keep your life balanced! The other day my husband and I were talking about our marriage and how happy we are together. Then we somehow started talking about our friends and how some of their marriages and relationships didn’t work out. It was sad to see some of them go through painful divorces or experience great disappointments in people who were considered their second halves just a while back. Homeschool Curriculum - Best Homeschool Curriculum. New Products! 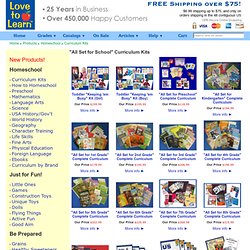 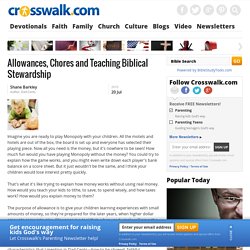 All the motels and hotels are out of the box, the board is set up and everyone has selected their playing piece. Now all you need is the money, but it's nowhere to be seen! How much fun would you have playing Monopoly without the money? You could try to explain how the game works, and you might even write down each player's bank balance on a score sheet. But it just wouldn't be the same, and I think your children would lose interest pretty quickly.

That's what it's like trying to explain how money works without using real money. The purpose of allowance is to give your children learning experiences with small amounts of money, so they're prepared for the later years, when higher dollar amounts come into play. Money in their hand gives you opportunities to teach them the attributes and characteristics that I mention in Dad Cents—how to be shrewd, faithful, trustworthy, efficient, effective, accountable, generous, and so on. Third culture kid. Third culture kid (TCK, 3CK) is a term coined in the early 1950s by American sociologist and anthropologist Ruth Hill Useem "to refer to the children who accompany their parents into another society".[1] Other terms, such as trans-culture kid or global nomad are also used by some. 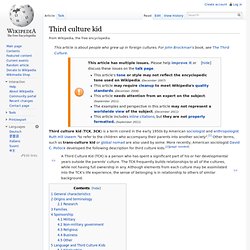 More recently, American sociologist David C. Pollock developed the following description for third culture kids:[2][page needed] General characteristics[edit] TCKs tend to have more in common with one another, regardless of nationality, than they do with non-TCKs from their passport country.[3][4] TCKs are often multilingual and highly accepting of other cultures. Although moving between countries may become an easy thing for some TCKs, after a childhood spent in other cultures, adjusting to their passport country often takes years.