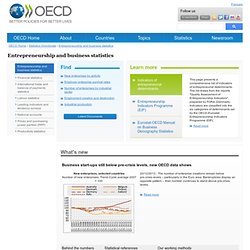 20 Crucial Terms Every 21st Century Futurist Should Know. Are virtual worlds over? Dan Terdiman at CNet engages in some handwringing over the fact that kids worlds and social games are taking over the hype that used to belong to virtual worlds. 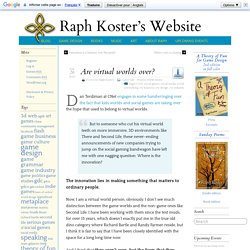 But to someone who cut his virtual world teeth on more immersive, 3D environments like There and Second Life, these never-ending announcements of new companies trying to jump on the social gaming bandwagon have left me with one nagging question: Where is the innovation? The innovation lies in making something that matters to ordinary people. Now, I am a virtual world person, obviously. I don’t see much distinction between the game worlds and the non-game ones like Second Life. I have been working with them since the text muds, for over 15 years, which doesn’t exactly put me in the true old dino category where Richard Bartle and Randy Farmer reside, but I think it is fair to say that I have been closely identified with the space for a long long time now. Musings on the Oculus sale. Rendering was never the point. 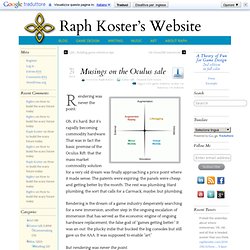 Oh, it’s hard. But it’s rapidly becoming commodity hardware. That was in fact the basic premise of the Oculus Rift: that the mass market commodity solution for a very old dream was finally approaching a price point where it made sense. The patents were expiring; the panels were cheap and getting better by the month. Desiderata by max ehrmann. Max Ehrmann's inspirational poem - Desiderata The common myth is that the Desiderata poem was found in a Baltimore church in 1692 and is centuries old, of unknown origin. 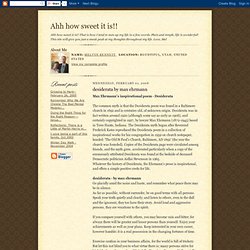 Desiderata was in fact written around 1920 (although some say as early as 1906), and certainly copyrighted in 1927, by lawyer Max Ehrmann (1872-1945) based in Terre Haute, Indiana. The Desiderata myth began after Reverend Frederick Kates reproduced the Desiderata poem in a collection of inspirational works for his congregation in 1959 on church notepaper, headed: 'The Old St Paul's Church, Baltimore, AD 1692' (the year the church was founded). Copies of the Desiderata page were circulated among friends, and the myth grew, accelerated particularly when a copy of the erroneously attributed Desiderata was found at the bedside of deceased Democratic politician Aidlai Stevenson in 1965.Whatever the history of Desiderata, the Ehrmann's prose is inspirational, and offers a simple positive credo for life. 1. 2. 3. 4. 5. 6.

Third Culture Kid Life. They will call you different, because to them you are oddly out of place. 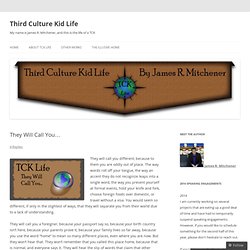 The way words roll off your tongue, the way an accent they do not recognize leaps into a single word, the way you present yourself at formal events, hold your knife and fork, choose foreign foods over domestic, or travel without a visa. You would seem so different, if only in the slightest of ways, that they will separate you from their world due to a lack of understanding. They will call you a foreigner, because your passport say so, because your birth country isn’t here, because your parents prove it, because your family lives so far away, because you use the word “home” to mean so many different places, even where you are now. But they won’t hear that. They won’t remember that you called this place home, because that is normal, and everyone says it.

For example, a YA novel may have a video game, a series of webisodes, and an iPad app. A TV show may have an alternate reality game, a series of graphic novels, and a live event. Media companies are using a long list of platforms to engage readers/viewers in the lives of their characters. Last month I attended a talk put on by the Book Promotion Forum on transmedia storytelling. 15 Ways to Engage Your Audience 1. 25 Ways to Tell Your Story 1. 100 Community Conversations - SFU Public Square.