Inside ‘The Nutcracker’ Costumes at New York City Ballet.

How Schiaparelli’s Surrealism Inspired the 1930s Costumes of Adrian. February 06, 2019 Until June 23, the Fondation Azzedine Alaïa will stage Adrian and Alaïa: The Art of Tailoring. 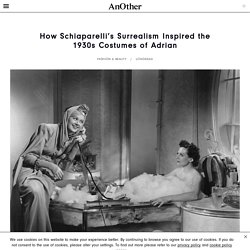 Both men had much in common – including a professional connection to Greta Garbo – Alaïa, mesmerised by Adrian since childhood, would eventually collect over 150 pieces of Adrian’s work during his lifetime. Costume Department Job Descriptions. These are some very basic descriptions of the different titles in the Costume Department. 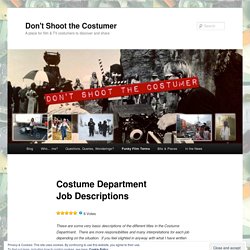 There are more responsibilities and many interpretations for each job depending on the situation. If you feel slighted in anyway with what I have written here, give me a shout out and I will change things up to make it feel better for all! Costume Designer The Costume Designer is an integral part of a film or television production’s creative team. About – The Costumer's Manifesto. Origin Story of The Costumer’s Manifesto Website: 1989? 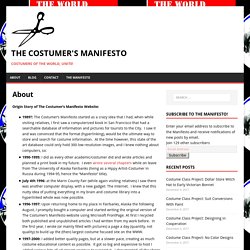 : The Costumer’s Manifesto started as a crazy idea that I had, when while visiting relatives, I first saw a computerized kiosk in San Francisco that had a searchable database of information and pictures for tourists to the City. I saw it and was convinced that the format (hyperlinking), would be the ultimate way to store and search for costume information. At the time however, this state of the art database could only hold 300 low resolution images, and I knew nothing about computers, so:1990-1995: I did as every other academic/costumer did and wrote articles and planned a print book in my future.

I even wrote several chapters while on leave from The University of Alaska Fairbanks (living as a Hippy Artist-Costumer in Russia during 1994-95, hence the “Manifesto” title).July 4th 1996: at the Marin County Fair (while again visiting relatives) I saw there was another computer display, with a new gadget: The Internet. Tyranny of Style. The Originals: Rei Kawakubo: The Genius Grind. French fashion plate, 1885-86 - Look and Learn History Picture Library. 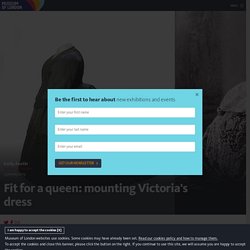 Dark Fashion. Clarks Archive of 25,000 Historic Shoes Digitised - The Costume Rag. Valerie Steele: “Fashion is a legitimate subject in education” Valerie Steele, curator and director at the Fashion Museum of Technology (FIT) in New York, was in Argentina presenting her book "Fashion Theory, Towards a Cultural Theory of Fashion.” Steele, who has a Ph.D. in History from Yale University, has been conducting numerous exhibitions at the FIT Museum since 1997, including "The Corset," "Dance and Fashion," and "Proust's muse," among others.

In addition, she is the founder and editor of the academic magazine "Fashion Theory.” Fashion texts.

Costume Design. We positively welcome applications from students who may not meet the stated entry criteria but who can demonstrate their ability to successfully pursue a programme of study in higher education. 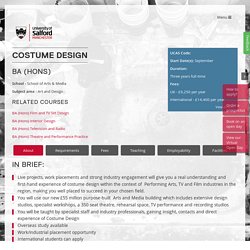 Students who do not have the traditional entry requirements may be able to apply through the Salford Alternative Entry Scheme Support in preparing for the written assessment is available from the University. English Language Requirements International applicants will be required to show a proficiency in English. An IELTS score of 6.0 (with no element below 5.5) is proof of this. If you need to improve your written and spoken English, you might be interested in ourEnglish language courses. Applicant profile.

TUDORS. BBC Bitesize - GCSE Drama - Writing about drama and theatre. Make Do and Mend. Groupe public Fashion Historians Unite! Pink: The History of a Punk, Pretty, Powerful Color. The 1950s are notorious as the era of the “feminine mystique” when gender stereotyping was reinforced throughout society and the pink-for-girls, blue-for-boys gender coding took off. 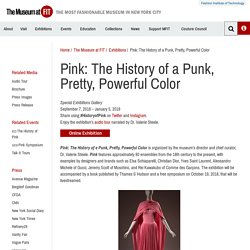 Naturally, there are many 1950s feminine pink dresses for girls and women, although Brooks Brothers also sold pink shirts for men. The 1960s continued to witness the popularity of many “pretty in pink” dresses, such as a 1960 cocktail dress by Yves Saint Laurent for Christian Dior. Pink: The History of Punk, Pretty, Powerful Color Audio Tour. Listen to audio: Installation View of Pink. 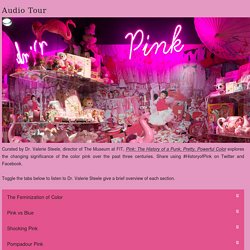 Listen to audio: The Guernsey Literary and Potato Peel Pie Society (film) A British and French venture, the film was distributed and financed by StudioCanal and produced by Blueprint Pictures and the Mazur/Kaplan Company. 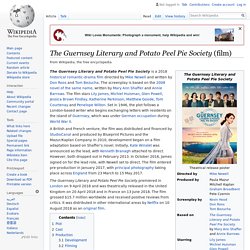 In 2010, development began on a film adaptation based on Shaffer's novel. Initially, Kate Winslet was announced as the lead, with Kenneth Branagh attached to direct. However, both dropped out in February 2013. In October 2016, James signed on for the lead role, with Newell set to direct. Clothing Britain's Spies during World War II. In July 1940, the British government established a secret intelligence agency called the Special Operations Executive (SOE). 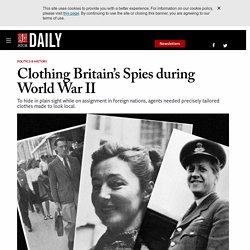 After the fall of France and the evacuation of the British forces at Dunkirk, Britain needed a way to undermine the Axis powers from within. The SOE was created to train and manage covert agents who would infiltrate enemy territory for purposes of reconnaissance, subversion, and sabotage. Thousands of spies would eventually penetrate every theater of World War II, from Poland to Ethiopia to Burma, with most serving in continental Europe. Pink: The History of a Punk, Pretty, Powerful Color.