What happened when? How the brain stores memories by time. Before I left the house this morning, I let the cat out and started the dishwasher. 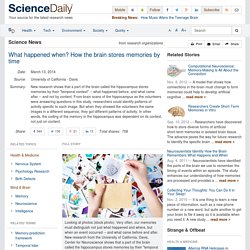 Would Richard Branson Have Failed the SAT?: An Exploration of the Complexity of Human Intelligence. Share Synopsis Research indicates that the dyslexic brain is wired for big picture creative thinking. 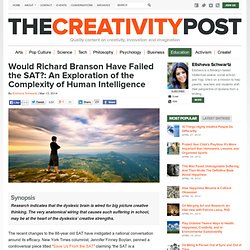 News Republic. How Meditation Changes Your Brain: A Neuroscientist Explains. Do you struggle, like me, with monkey-mind? 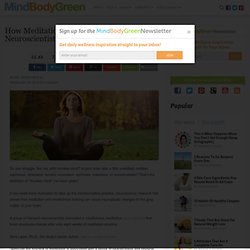 Is your brain also a little unsettled, restless, capricious, whimsical, fanciful, inconstant, confused, indecisive, or uncontrollable? That’s the definition of "monkey mind" I’ve been given! If you need more motivation to take up this transformative practice, neuroscience research has shown that meditation and mindfulness training can cause neuroplastic changes to the gray matter of your brain. A group of Harvard neuroscientists interested in mindfulness meditation have reported that brain structures change after only eight weeks of meditation practice. Sara Lazar, Ph.D., the study’s senior author, said in a press release, “Although the practice of meditation is associated with a sense of peacefulness and physical relaxation, practitioners have long claimed that meditation also provides cognitive and psychological benefits that persist throughout the day.” 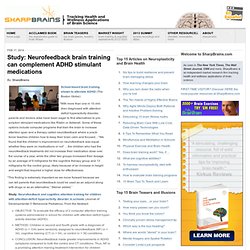 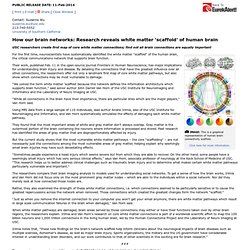 Males and females differ in specific brain structures. Reviewing over 20 years of neuroscience research into sex differences in brain structure, a Cambridge University team has conducted the first meta-analysis of the evidence, published this week in the journal Neuroscience and Biobehavioral Reviews. 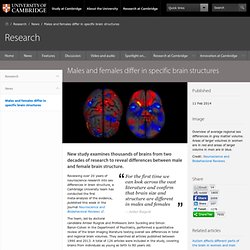 The team, led by doctoral candidate Amber Ruigrok and Professors John Suckling and Simon Baron-Cohen in the Department of Psychiatry, performed a quantitative review of the brain imaging literature testing overall sex differences in total and regional brain volumes. They searched all articles published between 1990 and 2013. A total of 126 articles were included in the study, covering brains from individuals as young as birth to 80 years old.

They found that males on average have larger total brain volumes than women (by 8-13%). The results highlight an asymmetric effect of sex on the developing brain. Scientists find gene linking intellectual ability to thickness of brain matter. Researchers have found a gene linking intelligence to the thickness of so-called "grey matter" in the brain, and say their discovery could help scientists understand how and why some people have learning difficulties. 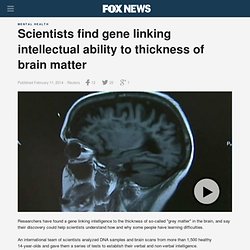 An international team of scientists analyzed DNA samples and brain scans from more than 1,500 healthy 14-year-olds and gave them a series of tests to establish their verbal and non-verbal intelligence. The researchers looked at the cerebral cortex - the outermost layer of the brain that is also known as "grey matter" and plays a key role in memory, attention, perceptual awareness, thought, language and consciousness. Depression: Ketamine Eyes Hath Seen The Glory? - Neuroskeptic. 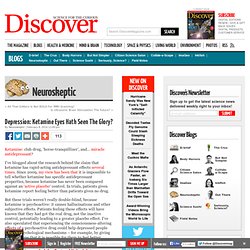 I’ve blogged about the research behind the claim that ketamine has rapid-acting antidepressant effects several times. Since 2009, my view has been that it is impossible to tell whether ketamine has specific antidepressant properties, because ketamine has never been compared against an ‘active placebo‘ control. In trials, patients given ketamine report feeling better than patients given no drug. But these trials weren’t really double-blind, because ketamine is psychoactive: it causes hallucinations and other subjective effects. Patients feeling these effects will have known that they had got the real drug, not the inactive control, potentially leading to a greater placebo effect. Why we're more creative when we're tired, and 9 other surprising things about how brains work.

One of the things that surprises me time and time again is how we think our brains work and how they actually do. 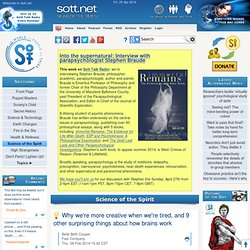 On many occasions, I find myself convinced that there is a certain way to do things, only to find out that actually that's the completely wrong way to think about it. For example, I always found it fairly understandable that we can multitask. Well, according to the latest research studies, it's literally impossible for our brains to handle two tasks at the same time. Executive Function: What It Is and Why It Is Important -Psychology Matters Asia. One of the greatest scientific mysteries is how the human mind/brain functions. 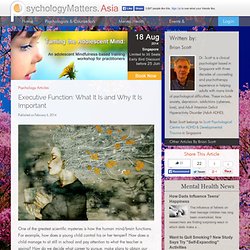 For example, how does a young child control his or her temper? Brain Scans Show We Take Risks Because We Can’t Stop Ourselves. A new study correlating brain activity with how people make decisions suggests that when individuals engage in risky behavior, such as drunk driving or unsafe sex, it’s probably not because their brains’ desire systems are too active, but because their self-control systems are not active enough. This might have implications for how health experts treat mental illness and addiction or how the legal system assesses a criminal’s likelihood of committing another crime. When these brain regions (mostly associated with control) aren’t active enough, we make risky choices. Z-statistic corresponds to predictive ability, yellow being the most predictive regions. Credit Sarah Helfinstein/U. of Texas at Austin. The researchers used specialized software to look for patterns of activity across the whole brain that preceded a person’s making a risky choice or a safe choice in one set of subjects.

Notes about this neuroimaging research #neuroimaging, #neuropsychology. Stanford researchers discover how brain regions work together, or alone. Our brains have billions of neurons grouped into different regions. These regions often work alone, but sometimes must join forces. How do regions communicate selectively? Stanford researchers may have solved a riddle about the inner workings of the brain, which consists of billions of neurons, organized into many different regions, with each region primarily responsible for different tasks.

The various regions of the brain often work independently, relying on the neurons inside that region to do their work. At other times, however, two regions must cooperate to accomplish the task at hand. Is Your Brain Chemically Dependent on Stress? If you’re the type that thrives under pressure, you may be addicted to stress. Time and time again, we hear the warnings: stress is bad for our health. Yet for many of us, looming deadlines and an overloaded schedule seems not to paralyze us, but is a driving force that pushes us to achieve greater productivity. If you consider yourself one of those who thrive under pressure, you may be addicted to stress. A brain area unique to humans is linked to strategic planning/decision making/multitasking. Image shows in red an area of the frontal cortex of the brain that appears to be uniquely human (credit: Oxford University) Oxford University researchers have identified a specific area of the human brain that appears to be unlike anything in the brains of some of our closest relatives.

MRI imaging of 25 adult volunteers was used to identify key components in the area of the human brain called the ventrolateral frontal cortex, and how these components were connected up with other brain areas. The results were then compared with equivalent MRI data from 25 macaque monkeys. The ventrolateral frontal cortex area of the brain is involved in many of the highest aspects of cognition and language, and is only present in humans and other primates.

Some parts are implicated in psychiatric conditions like ADHD, drug addiction or compulsive behavior disorders. The Lateral frontal pole prefrontal cortex Human (left) and monkey ventrolateral frontal cortex (credit: Franz-Xaver Neubert et al. Brain Area for Decision-Making and Planning is "Uniquely Human" Star Trek may have told us that space is humanity’s final frontier, but plenty of uncharted hinterland remains unexplored within the human brain. And scientists at Oxford University recently discovered an area of the brain that contributes to make humans, well, human. The walnut-sized area, nestled within the frontal cortex, is called the lateral frontal pole. It’s responsible for planning and decision-making and, according to the new findings, has no equivalent in the monkey brain. Researchers thus believe this brain region might be responsible for humans’ upper hand in tasks that require strategic planning, decision-making and multitasking.

H.M.’s Brain Yields New Evidence. Neurofeedback: 6 Fascinating Effects of Watching and Shaping Your Own Brainwaves. Neuroplasticity: The Remarkable Ability of Our Brain to Adapt. Neuroessentialism: The 'Dark Side' of Focus on Brain Plasticity? A recent analysis of the coverage of neuroscience in the popular press showed a 31-fold increase in the number of news articles using the terms "neuroscience" or "neuroscientist" between 1985 and 2009. A time for memories. 23-Jan-2014. Mindscapes: The first recording of hallucinated music - life - 13 January 2014. Read full article. Scientists show how thoughts cause molecular changes to your genes. With evidence growing that training the mind or inducing certain modes of consciousness can have positive health effects, researchers have sought to understand how these practices physically affect the body.

A new study by researchers in Wisconsin, Spain, and France reports the first evidence of specific molecular changes in the body following a period of intensive mindfulness practice. Nociceptin Good for What Ails the Stressed Brain. A team of researchers has published new findings on a system in the brain that naturally moderates the effects of stress. The findings confirm the important role of the stress-damping system called the nociceptin system, which they say is a potential target for therapies against anxiety disorders and other stress-related conditions. Stress, Brain Changes, and Depression. You probably already know at an intuitive level that after feeling anxious and stressed for awhile, your mood tends to dip a bit.

The Psychology of Winning. The music in your brain - All In The Mind. People Worldwide May Feel Mind-Body Connections in Same Way. By Randy DotingaHealthDay Reporter MONDAY, Dec. 30, 2013 (HealthDay News) -- Many phrases reflect how emotions affect the body: Loss makes you feel "heartbroken," you suffer from "butterflies" in the stomach when nervous, and disgusting things make you "sick to your stomach. " Now, a new study from Finland suggests connections between emotions and body parts may be standard across cultures. The researchers coaxed Finnish, Swedish and Taiwanese participants into feeling various emotions and then asked them to link their feelings to body parts. Reading a Novel Boosts Brain Connectivity.