Resources for Learning and Teaching about the Atmosphere 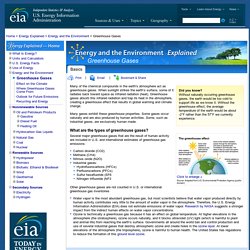 Solar paint offers endless energy from water vapor: Compound catalyses splitting of water molecules ScienceDaily. Where Greenhouse Gases Come From Energy Explained, Your Guide To Understanding Energy Energy Information Administration. UCAR Ozone in Our Neighborhood. Activity 2 Teacher Guide: How High Does the Atmosphere Go? Portions of this activity have been modified from "Global Warming and the Greenhouse Effect," Great Explorations in Math and Science (GEMS) series. 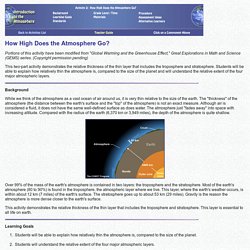 (Copyright permission pending) Layers of the Atmosphere. The envelope of gas surrounding the Earth changes from the ground up. 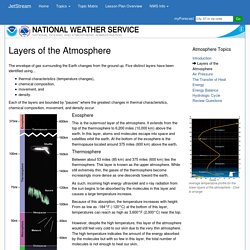 Five distinct layers have been identified using... thermal characteristics (temperature changes),chemical composition,movement, anddensity. Each of the layers are bounded by "pauses" where the greatest changes in thermal characteristics, chemical composition, movement, and density occur. Exosphere. NWS JetStream MAX - The Structure of the Ionosphere. This absorption of radiation is also responsible for the ionosphere. 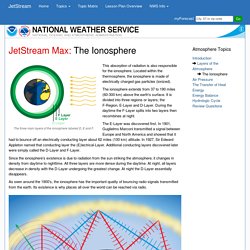 Located within the thermosphere, the ionosphere is made of electrically charged gas particles (ionized). The ionosphere extends from 37 to 190 miles (60-300 km) above the earth's surface. It is divided into three regions or layers; the F-Region, E-Layer and D-Layer. During the daytime the F-Layer splits into two layers then recombines at night. Good Up High Bad Nearby - What is Ozone? Updated September 2014 View or print brochure in PDF(2003, 2 pp., 1.4MB, about PDF) What is ozone? 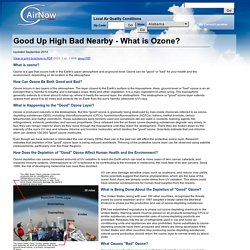 Ozone is a gas that occurs both in the Earth's upper atmosphere and at ground level. Ozone can be "good" or "bad" for your health and the environment, depending on its location in the atmosphere. How Can Ozone Be Both Good and Bad? NWS JetStream Learning Lesson: Water Cycle Paper Craft. Overview Water moves from the ground to the atmosphere and then returns to the ground, however, the actual path water takes in its cycle is more complicated. 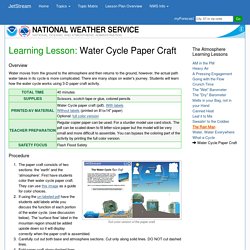 There are many stops on water's journey. Students will learn how the water cycle works using 3-D paper craft activity. Procedure. SVS: Chemical Model Animation of O2 being Broken Up and Reforming as O3. SVS: Ozone Layer Shielding Our Planet. Greenhouse_2011. Atmosphere - animated diagram. A Year in the Life of Carbon Dioxide. Launched in 2014, the Orbiting Carbon Observatory-2 (OCO-2) has been collecting NASA’s first detailed, global measurements of carbon dioxide in the atmosphere. 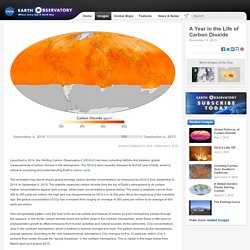 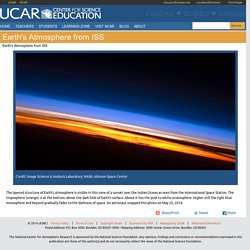 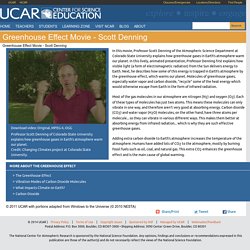