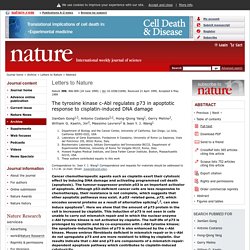 Cell Death and Disease - How cell death shapes cancer. Citation: Cell Death and Disease (2015) 6, e1675; doi:10.1038/cddis.2015.20Published online 5 March 2015 Top of page Facts During cancer development, clonal selection is facilitated by the acquisition of mutations in oncogenes and tumor suppressors and by the selection of 'winner' cells.Apoptosis of (pre)-cancerous cells generates vacant niches that potentially become repopulated by more aggressive sub-clones. 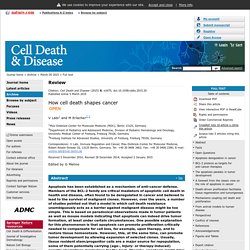 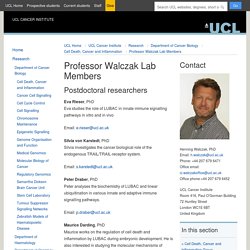 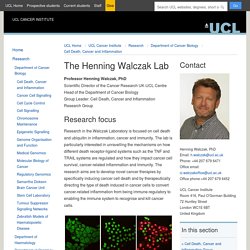 The lab is particularly interested in unravelling the mechanisms on how different death receptor-ligand systems such as the TNF and TRAIL systems are regulated and how they impact cancer cell survival, cancer-related inflammation and immunity. FGF signaling inhibition in ESCs drives rapid genome-wide demethylation to the epigenetic ground state of pluripotency. The Hallmarks of Cancer: Cell. To view the full text, please login as a subscribed user or purchase a subscription. 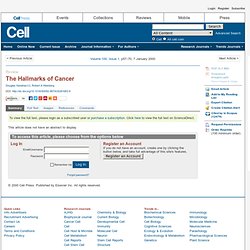 Click here to view the full text on ScienceDirect. Figure 1 Acquired Capabilities of Cancer We suggest that most if not all cancers have acquired the same set of functional capabilities during their development, albeit through various mechanistic strategies. Figure 2 The Emergent Integrated Circuit of the Cell Progress in dissecting signaling pathways has begun to lay out a circuitry that will likely mimic electronic integrated circuits in complexity and finesse, where transistors are replaced by proteins (e.g., kinases and phosphatases) and the electrons by phosphates and lipids, among others. Figure 3 Tumors as Complex Tissues The field of cancer research has largely been guided by a reductionist focus on cancer cells and the genes within them (left panel)—a focus that has produced an extraordinary body of knowledge. Figure 4. GetSharedSiteSession?rc=1&redirect= The hallmarks of cancer comprise six biological capabilities acquired during the multistep development of human tumors. 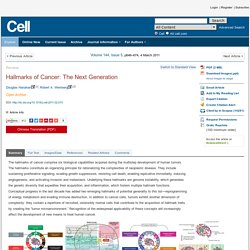 The hallmarks constitute an organizing principle for rationalizing the complexities of neoplastic disease. They include sustaining proliferative signaling, evading growth suppressors, resisting cell death, enabling replicative immortality, inducing angiogenesis, and activating invasion and metastasis. Underlying these hallmarks are genome instability, which generates the genetic diversity that expedites their acquisition, and inflammation, which fosters multiple hallmark functions. Sinister Self-Sacrifice: The Contribution of Apoptosis to Malignancy.

Induction of apoptosis is one of the main defenses of the body against cells that have acquired malicious mutations. 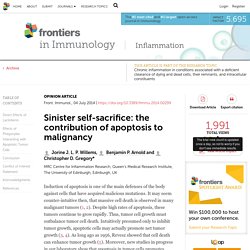 It may seem counter-intuitive then, that massive cell death is observed in many malignant tumors (1, 2). Despite high rates of apoptosis, these tumors continue to grow rapidly. Thus, tumor cell growth must outbalance tumor cell death. Intuitively presumed only to inhibit tumor growth, apoptotic cells may actually promote net tumor growth (3, 4). As long ago as 1956, Revesz showed that cell death can enhance tumor growth (5). Cells undergoing apoptosis are difficult to observe in vivo, as they are rapidly cleared by phagocytosis, most obviously by macrophages. Loading of nuclear autoantigens prototypically recognized by systemic lupus erythematosus sera into late apoptotic vesicles requires intact microtubules and myosin light chain kinase activity - Zirngibl - 2014 - Clinical & Experimental Immunology. Summary Most cases of systemic lupus erythematosus (SLE) are characterized by an impaired clearance of apoptotic cells in various tissues. 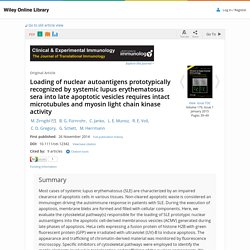 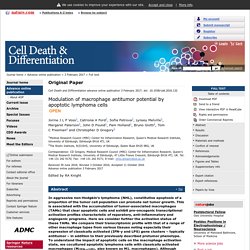