62 of the World's Most Beautiful Libraries. For the last couple years, Jill Harness has been rounding up the world's most beautiful libraries by continent. 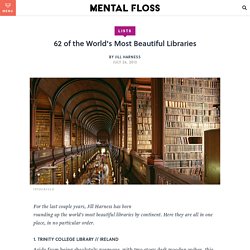 Here they are all in one place, in no particular order. Aside from being absolutely gorgeous, with two story dark wooden arches, this is also the largest library in all of Ireland. It serves as the country’s copyright library, where a copy of all new books and periodicals must be sent when they apply for copyright protection. The library is also home to the famous Book of Kells, an illuminated manuscript created by Celtic monks around the year 800. This library, completed in 1906, is fascinating for its unique combination of architectural styles. Caribana Festival in Toronto. La Paulée de Meursault. La Paulée de Meursault is a lunch celebrating the end of the grape harvest in Burgundy, France.[1] Originally, the celebration included only winemakers, cellar workers, and the surrounding community. 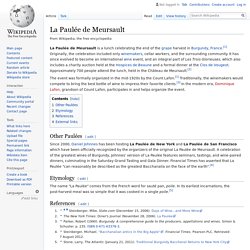 It has since evolved to become an international wine event, and an integral part of Les Trois Glorieuses, which also includes a charity auction held at the Hospices de Beaune and a formal dinner at the Clos de Vougeot. CUPNOODLES MUSEUM YOKOHAMA. We proudly announce the launch of our new CUPNOODLES MUSEUM Audio Guide App, which is sure to enhance your experience! 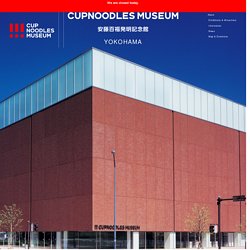 By simply downloading the app to your smartphone, you’ll get access to audio and text that provide highlights about our exhibits and attractions. Cost:Free (Downloading the app may incur additional data charges which you will be responsible for paying)How to use the App: Download the app.iPhone (Supported OS : iOS 8.0 or later) / Android (Supported OS : Android 5.0 or later)Select your language and download the audio file.Turn on the GPS and Bluetooth settings on your smartphone. (The procedures differ depending on the device you’re using)Open the app at the CUPNOODLES MUSEUM Yokohama.Languages:Japanese, EnglishImportant reminders: You can read the explanation text provided in the app anywhere. For those who do not have a smartphone, we have audio guide devices available in English, Chinese, and Korean. New Orleans – The What with Gina Pell and Amy Parker. By Uma RamiahUma Ramiah is based in Jakarta, Indonesia and has lived and worked a little bit all over the world in a little bit of everything. 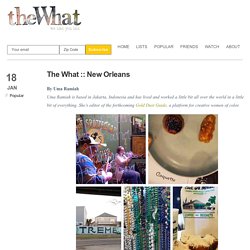 She’s editor of the forthcoming Gold Dust Guide, a platform for creative women of color. The city’s like a dream, so abounding with food and drink and grace and pain and mirth and music. It’s American but also entirely not – the mix of West African and Southeast Asian and Central and South American (in this city that laughs at all the rules, like all the best places) just kills me. It’s a little startling the level of welcome outsiders still receive upon arrival and all the way through our hilariously bedraggled departures, no matter our bad behavior on Bourbon Street, nor our awful pronunciation of street names and neighborhood names and the name of the city itself, nor how little we grasp of what the town’s been through and continues to fight. 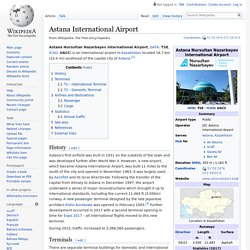 However, a new airport, which became Astana international Airport, was built 11 miles to the south of the city and opened in November 1963. It was largely used by Aeroflot and its local directorate. Following the transfer of the capital from Almaty to Astana in December 1997, the airport underwent a series of major reconstructions which brought it up to international standards, including the current 11,484 ft (3,500m) runway. During 2015, traffic increased to 3,366,560 passengers. Terminals[edit] There are separate terminal buildings for domestic and international flights. T1 – International Terminal[edit] T2 – Domestic Terminal[edit] Kaunas Airport. History[edit] Kaunas International Airport started operations in 1988[citation needed] when airport activities were moved from the historic S. 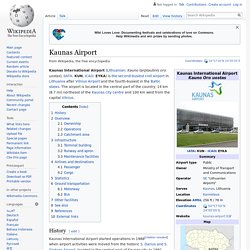 Darius and S. Girėnas Airport, located in the central part of Kaunas city. In 1991, after Lithuania's independence, it gained the status of an international airport and in 1996 it became a member of Airports Council International[citation needed] and began to take part in the activities of the "Lithuanian Airports" association. Kaunas Airport was used by YAK-40, and YAK-42 of the local Aeroflot branch since 1988. Ryanair started operating flights to Kaunas in 2004. Air Baltic operated Riga - Kaunas daily flights in 2006-2008 and 2009-2014, sometimes reaching up to 2 daily flights. Wizzair operated Kaunas-Warsaw-London Luton route for a short period of time in 2005. LOT Polish Airlines started operating six weekly flights to Kaunas International from Warsaw on 21 May 2018. [4] Overview[edit] The Brightness of One’s Life. Calabasas Peak Trail to sign the trail log book.