The Air We Breathe: Implicit Bias And Police Shootings. Rap on Trial: How An Aspiring Musician's Words Led To Prison Time. The Code Switch Guide To Race And Policing. Black Voices. HIDDEN BRAIN: Why Facts Don't Always Change our Minds. Listen to the Stuff You Missed in History Class Episode - The Aftermath of Brown v. Board on iHeartRadio. The Afrofuturist Podcast. HIDDEN BRAIN: Mind of the Village. Momentum: A Race Forward Podcast. Episode 06: Hyping Census 2020: My Family Matters, My Family Counts! 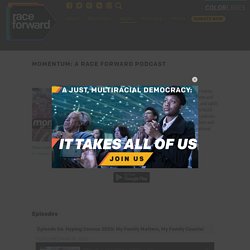 We’re talking all about the upcoming Census 2020, and the “My Family Matters, My Family Counts” campaign! In this episode, Maria Dautruche, Vice President for Foundation Partnerships at the National Urban League joins Hiba, Chevon, and Elana Needle, to talk about her work in fundraising, racial equity, civic engagement, and discusses her role in the reproductive justice field as co-founder of New Voices For Reproductive Justice. Maria describes the framework of the “My Family Matters, My Family Counts” campaign, answers questions about families being accurately counted on Census Day, and talks about the impact of the census on communities of color in the next decade.

We preview “What is Energy Democracy?” , our new video available on YouTube, that uplifts the events of the 2019 Strategic Energy Democracy Convening. *Producer’s note: In this episode there are references to in-person organizing for Census 2020. W.K. — The Diversity Gap. A Conversation w/ Stephanie Ghoston In this episode of The Diversity Gap Podcast, Bethaney talks with coach and consultant Stephanie Ghoston. 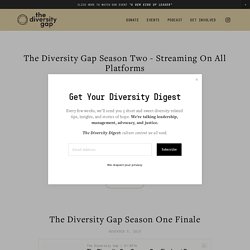 Stephanie works at the intersection of leadership development and organizational change, with an emphasis on empowering black women to become the most free versions of themselves. In this rich conversation, Stephanie connects the dots between the personal work and collective work required to shift a culture. She also invites us to imagine a new and emergent future where power is shared more equitably and where marginalized folks are thriving Stephanie Ghoston is an internationally recognized speaker, facilitator, organizational development consultant, coach and recovering lawyer. 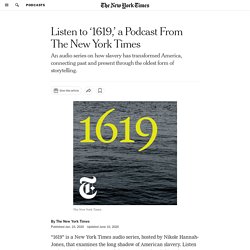 There’re seagulls. The sun is warm, but it’s not too humid. It’s actually kind of a great day for fishing, which is why it stinks. adizah eghan What does it smell like? It smells like dead fish. What is going through your head right now? I don’t know, thinking about what they went through. I don’t know. They say our people were born on the water. When it occurred, no one can say for certain. They knew then that they would not hug their grandmothers again, or share a laugh with a cousin during his nuptials, or sing their baby softly to sleep with the same lullabies that their mothers had once sung to them. Pod For The Cause - The Leadership Conference on Civil and Human Rights. Code Switch Podcast Episodes. HIDDEN BRAIN: People Like Us. HIDDEN BRAIN: Zipcode Destiny. The History of American Slavery, with Jamelle Bouie and Rebecca Onion.

Reconstruction podcast, with Jamelle Bouie and Rebecca Onion. Seeing White – Scene on Radio. Just what is going on with white people? 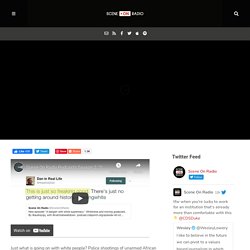 Police shootings of unarmed African Americans. Acts of domestic terrorism by white supremacists. The renewed embrace of raw, undisguised white-identity politics. Unending racial inequity in schools, housing, criminal justice, and hiring. Some of this feels new, but in truth it’s an old story. Why? Scene on Radio host and producer John Biewen took a deep dive into these questions, along with an array of leading scholars and regular guest Dr.

The Land That Never Has Been Yet – Scene on Radio. As the 2020 election approaches, the survival of the United States as a democratic republic is a topic of national conversation—Trumpian authoritarianism; voter suppression and gerrymandering; concerns about foreign intervention, election security, and the role of money in politics. 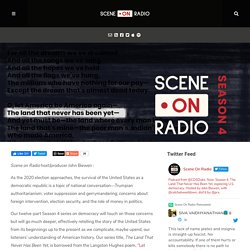 Our twelve-part Season 4 series on democracy will touch on those concerns but will go much deeper, effectively retelling the story of the United States from its beginnings up to the present as we complicate, maybe upend, our listeners’ understanding of American history. Our series title, The Land That Never Has Been Yet, is borrowed from the Langston Hughes poem, “Let America Be America Again.” The Land reunites the Seeing White series team: my collaborator Chenjerai Kumanyika, journalism and media studies professor at Rutgers University, and our editor, the public radio veteran Loretta Williams.