Cell Phones and The Do Not Call Registry. Despite viral email, there is no new cell phone database. 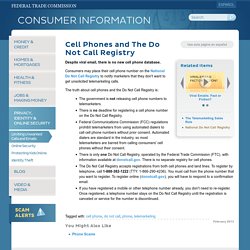 There is no separate registry for cell phones.The Do Not Call Registry accepts registrations from both cell phones and land lines. 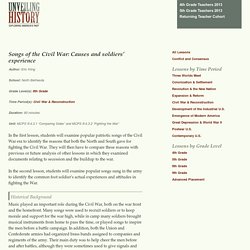 They will then have to compare these reasons with previous or future analysis of other lessons in which they examined documents relating to secession and the buildup to the war. In the second lesson, students will examine popular songs sung in the army to identify the common foot soldier’s actual experiences and attitudes in fighting the War. Historical Background Music played an important role during the Civil War, both on the war front and the homefront.

Songs of the Civil War - Smithsonian Folkways. Top Ten American Civil War Songs. “I don’t believe we can have an army without music.” 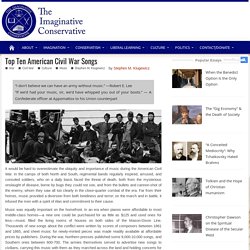 —Robert E. Lee“If we’d had your music, sir, we’d have whipped you out of your boots.” — A Confederate officer at Appomattox to his Union counterpart It would be hard to overestimate the ubiquity and importance of music during the American Civil War. In the camps of both North and South, regimental bands regularly inspired, amused, and consoled soldiers, who on a daily basis faced the threat of death, both from the mysterious onslaught of disease, borne by bugs they could not see, and from the bullets and cannon-shot of the enemy, whom they saw all too clearly in the close-quarter combat of the era. 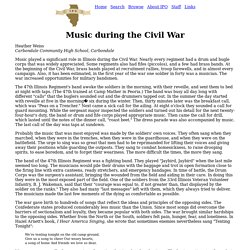