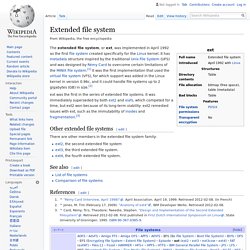 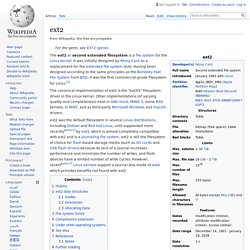 We will send you a reminder email. Dear readers in Canada, time is running out in 2016 to help Wikipedia. When I made Wikipedia a non-profit, people warned me I'd regret it. Untitled. Ext3 - Wikipedia. Ext3, or third extended filesystem, is a journaled file system that is commonly used by the Linux kernel. 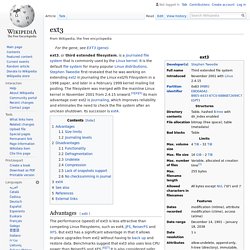 It is the default file system for many popular Linux distributions. Stephen Tweedie first revealed that he was working on extending ext2 in Journaling the Linux ext2fs Filesystem in a 1998 paper, and later in a February 1999 kernel mailing list posting. Untitled. Ext4 - Wikipedia. The ext4 or fourth extended filesystem is a journaling file system for Linux, developed as the successor to ext3. 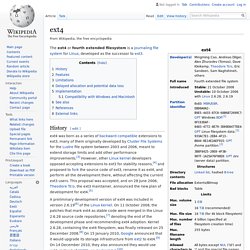 History[edit] Features[edit] Large file system The ext4 filesystem can support volumes with sizes up to 1 exbibyte (EiB) and files with sizes up to 16 tebibytes (TiB).[11] However, Red Hat recommends using XFS instead of ext4 for volumes larger than 100 TB.[12][13] Is it recommended to format an external drive to ext4? 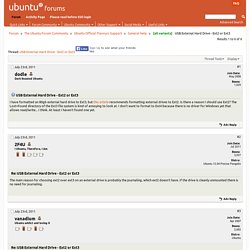