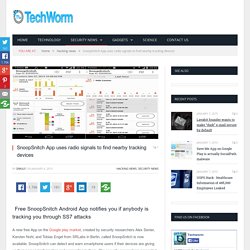 SnoopSnitch can detect and warn smartphone users if their devices are giving up their personal information and connecting to them. The security researchers presented their App at the recently concluded Chaos Computer Congress’ annual hackers conference in Hamburg. The official Google Play listing reads: ‘SnoopSnitch collects and analyzes mobile radio data to make you aware of your mobile network security and to warn you about threats like fake base stations (IMSI catchers), user tracking, and SS7 attacks.’ Tribler - Privacy using our Tor-inspired onion routing. The 14 mistakes that will kill your independent development shop. Deciding to go it alone as an independent software developer is a liberating experience. 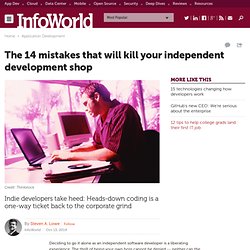 The thrill of being your own boss cannot be denied -- neither can the fact that being your own boss means building a business. It’s no longer simply about the code. Everything is your responsibility, from paperwork to partnerships, and with this increasing burden come greater pitfalls that can sink your business. While one little mistake might not tank your independent software business immediately, such missteps tend to accumulate. It’s easy to get lost in your code, thinking everything is fine; suddenly, a pack of problems pounce from the shadows to tear your business to shreds.

Then it’s back to the résumé heap, hoping to get hired as a full-time employee again. Here are 14 mistakes independent developers too often make in going it alone -- and how to avoid them. Indie dev mistake No. 1: Coding yourself out of business When coding, it’s all too easy to focus only on the work in front of you. Писмо Жандармерији: Ујео вас је пас кога сте хранили « КМ Новине. Ово је тренутак када није време за мудровање и давање лекција. 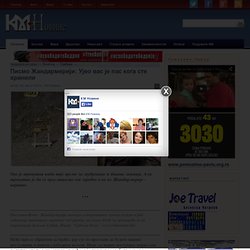 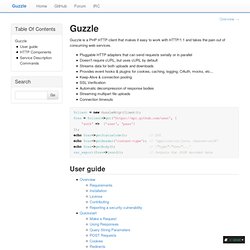 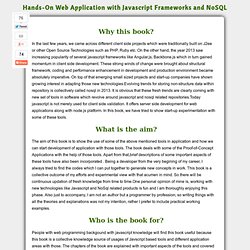 In the last few years, we came across different client side projects which were traditionally built on J2ee or other Open Source Technologies such as PHP, Ruby etc. On the other hand, the year 2013 saw increasing popularity of several javascript frameworks like Angular.js, Backbone.js which in turn gained momentum in client side development. These strong winds of change were brought about structural framework, coding and performance enhancement in development and production environment became absolutely imperative. On top of that emerging small sized projects and start-up companies have shown growing interest in adapting those new technologies.Evolving trends for storing non-structure data within repository is collectively called nosql in 2013.

It is obvious that these fresh trends are clearly coming with new set of tools in software which revolve around javascript and nosql related repositories.Today javascript is not merely used for client side validation. Composite UI for Service Oriented Systems Overview. ASP.NET Web Forms and ASP.NET MVC: Differences You Should Know! We Recommend These Resources Ever since the day Microsoft has started working on the ASP.NET MVC framework, one of the major concerns for the developers was its ability to reuse features from ASP.NET Web forms. 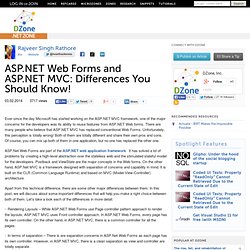 There are many people who believe that ASP.NET MVC has replaced conventional Web Forms. Unfortunately, this perception is totally wrong! Both of them are totally different and share their own pros and cons. Of course, you can mix up both of them in one application, but no one has replaced the other one. ASP.Net Web Forms are part of the ASP.NET web application framework It has solved a lot of problems by creating a high-level abstraction over the stateless web and the stimulated stateful model for the developers. IFrame must die! – My thoughts. 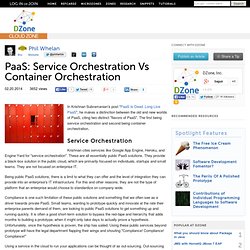 Long Live PaaS", he makes a distinction between the old and new worlds of PaaS, citing two distinct "flavors of PaaS". The first being service orchestration and second being container orchestration. Why we love Scala at Coursera - Coursera Technology. Why Scala is Coursera’s primary serving language Coursera is a rapidly evolving platform for education at scale. 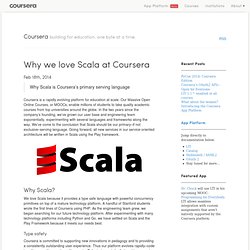 Our Massive Open Online Courses, or MOOCs, enable millions of students to take quality academic courses from top universities around the globe. In the two years since the company’s founding, we’ve grown our user base and engineering team exponentially, experimenting with several languages and frameworks along the way. We’ve come to the conclusion that Scala should be our primary–if not exclusive–serving language.