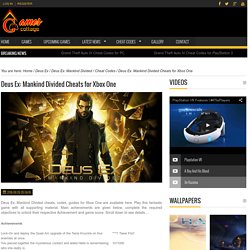 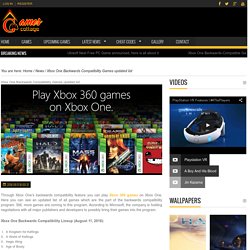 Here you can see an updated list of all games which are the part of the backwards compatibility program. Still, more games are coming to this program. According to Microsoft, the company is holding negotiations with all major publishers and developers to possibly bring their games into the program. Xbox One Backwards Compatibility Lineup (August 11, 2016): Do you see your favorite game in this lineup? Xcom 2 Cheats & Guides for Game Lovers. XCOM 2 is a turn-based tactics video game developed by Firaxis Games and published by 2K Games for Microsoft Windows, OS X, and Linux. 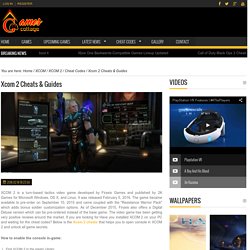 It was released February 5, 2016. The game became available to pre-order on September 10, 2015 and came coupled with the "Resistance Warrior Pack" which adds bonus soldier customization options. As of December 2015, Firaxis also offers a Digital Deluxe version which can be pre-ordered instead of the base game. The video game has been getting very positive reviews around the market. Ubisoft Next Free PC Game announced, here is all about it. 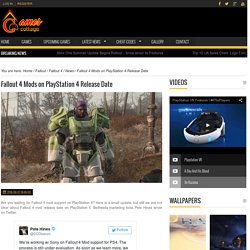 Here is a small update, but still we are not clear about Fallout 4 mod release date on PlayStation 4. Bethesda marketing boss Pete Hines wrote on Twitter. "We're working with Sony on Fallout 4 mod support for PS4. The process is still under evaluation. As soon as we learn more, we will share news. " Hines statement on Twitter was in reply to questions about the status of PS4 mods. Furthermore, Hines said in another set of tweets from July 22, "We continue to try and get an update so we can share something. Fallout 4 official mod support to the PC version was revealed in April. Counter-Strike: Condition Zero Cheats for PC. Counter-Strike: Condition Zero is a multiplayer video game. 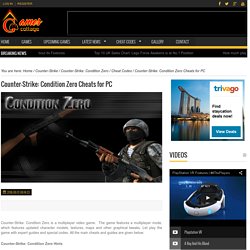 The game features a multiplayer mode, which features updated character models, textures, maps and other graphical tweaks. Let play the game with expert guides and special codes. All the main cheats and guides are given below: Counter-Strike: Condition Zero Hints High Rise: ES C90 and ammunition Once you enter the building in the second room immediately after your commanding officer informs you about the civilian contact that is awaiting your arrival, the door to the next room is opened by about four terrorists.

Unpatriotic Suicide In the Deleted Scenes level, "Alamo" shoot the U.S. flag that is on top of the emabassy and you will automatically die. Xbox One Summer Update Begins Rollout – know about its Features. Microsoft has started rolling out its Xbox One Summer Update, which comes with the Cortana assistant, background music, and several features. 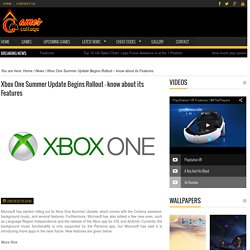 Furthermore, Microsoft has also added a few new ones, such as Language Region Independence and the release of the Xbox app for iOS and Android. Currently, the background music functionality is only supported by the Pandora app, but Microsoft has said it is introducing more apps in the near future. Uncharted 4 Cheats and Guides for PlayStation 4. How much play space need for PlayStation VR to Run? PlayStation VR, the new Virtual Reality system for PlayStation 4, is confirmed to release on October 13, 2016. 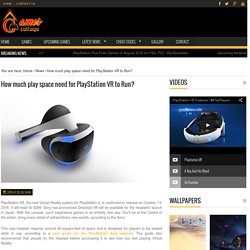 It will retail for $399. Sony has announced Driveclub VR will be available for the headset's launch in Japan. With this console, you’ll experience games in an entirely new way. You’ll be at the Centre of the action, living every detail of extraordinary new worlds, according to the Sony. This new headset requires around 60-square-feet of space and is designed for players to be seated while in use, according to a user guide on the PlayStation Asia website. 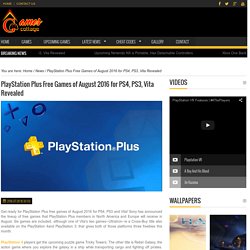 Sony has announced the lineup of free games that PlayStation Plus members in North America and Europe will receive in August. Six games are included, although one of Vita's two games--Ultratron--is a Cross-Buy title also available on the PlayStation 4and PlayStation 3; that gives both of those platforms three freebies this month. PlayStation 4 players get the upcoming puzzle game Tricky Towers. The other title is Rebel Galaxy, the action game where you explore the galaxy in a ship while transporting cargo and fighting off pirates. PlayStation 3 players will get Yakuza 5, the most recent entry in the series to launch in the West.