Galaxy Xtra is the one stop shop for anyone looking for that something extra with new products, great savings or something unique. Address: Oakwood Court, Bradford, England

Stone the Crows. You don’t have to be a Worzel Gummidge fan to appreciate the rise of the annual scarecrow festivals up and down the UK. 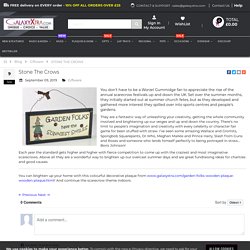 Set over the summer months, they initially started out at summer church fetes, but as they developed and gathered more interest they spilled over into sports centres and people’s gardens. They are a fantastic way of unleashing your creativity, getting the whole community involved and brightening up our verges and up and down the country. There’s no limit to people’s imagination and creativity with every celebrity or character fair game for been stuffed with straw. I’ve seen some amazing Wallace and Gromits, Spongbob Squarepants, Dr Who, Meghan Markle and Prince Harry, Slash from Guns and Roses and someone who lends himself perfectly to being portrayed in straw… Boris Johnson! 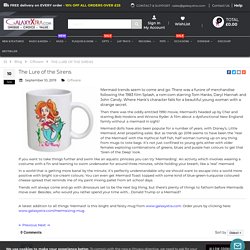 There was a furore of merchandise following the 1983 film Splash, a rom-com starring Tom Hanks, Daryl Hannah and John Candy. Where Hank’s character falls for a beautiful young woman with a strange secret. Then there was the oddly entitled 1990 movie, Mermaid’s headed up by Cher and starring Bob Hoskins and Winona Ryder. A film about a dysfunctional New England family without a mermaid in sight! Mermaid dolls have also been popular for a number of years, with Disney’s, Little Mermaid, Ariel propelling sales. If you want to take things further and swim like an aquatic princess you can try ‘Mermaiding’. In a world that is getting more banal by the minute, it’s perfectly understandable why we should want to escape into a world more positive with bright ice-cream colours. Trends will always come and go with dinosaurs set to be the next big thing, but there’s plenty of things to fathom before Mermaids move over. Pet Hangers. 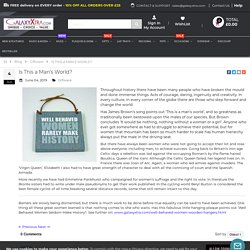 Acts of courage, daring, ingenuity and creativity. In every culture, in every corner of the globe there are those who step forward and change the world. Has James Brown’s song points out ‘This is a man’s world’, and so greatness as traditionally been bestowed upon the males of our species. But Brown concludes ‘It would be nothing, nothing without a woman or a girl’. Anyone who ever got somewhere as had to struggle to achieve their potential, but for women that mountain has been so much harder to scale has human hierarchy always put the male in the driving seat. But there have always been women who were not going to accept their lot and rose above everyone, including men, to achieve success.

More recently we have had Emmeline Pankhurst who campaigned for women’s suffrage and the right to vote. A Star Is Born - A Star Is Born Wooden Hanger. When You Wish - When You Wish Star Wooden Hanger. King of Nothing Mug. World's Greatest Wife Mug 11. No Tricks - Just Plenty of Treats. You're The Cream on My Coffee Mug. I Love U Mug. Keep Calm Get A Brew On Mug. Keep Calm Get A Brew On Mug. The Housing Market. The housing market is well known for its ups and downs with a variety of factors coming into play. 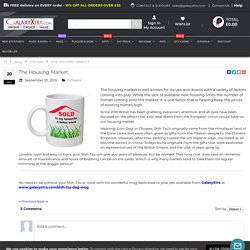 While the lack of available new housing limits the number of homes coming onto the market, it is one factor that is helping keep the prices of existing homes high. Since 2016 Brexit has been grabbing everyone’s attention and all eyes have been focused on the effect that a no-deal Brexit from the European Union would have on our housing market. Meaning ‘Lion Dog’ in Chinese, Shih Tzu’s originally came from the Himalayan land of the Dalai Lama and were often given as gifts from the Tibetan people to the Chinese Emperors. However, after Mao Zedong ousted the old imperial ways, the breed as all become extinct in China. Todays stock originate from the gifts that were bestowed on representatives of the British Empire and the USA in years gone by. Lovable, loyal and easy to train, your Shih Tzu will give you years of pleasure, but be warned! Banksy, Brexit & the EU. Ever since David Cameron promised a referendum on European Union (EU) membership at the 2015 General Election to stop the flow of Tory Eurosceptic MPs to Nigel Farage’s UK Independence Party, the UK has been a nation in turmoil. 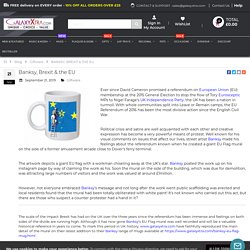 With whole communities split into Leave or Remain camps, the EU Referendum of 2016 has been the most divisive action since the English Civil War. Political crisis and satire are well acquainted with each other and creative expression has become a very powerful means of protest. Well known for his visual comments on issues that affect our lives, street artist Banksy made his feelings about the referendum known when he created a giant EU Flag mural on the side of a former amusement arcade close to Dover’s ferry terminal.