Tom Koch. Early life[edit] Koch was born in Charleston, Illinois, and spent his youth in Indianapolis before attending Northwestern University. 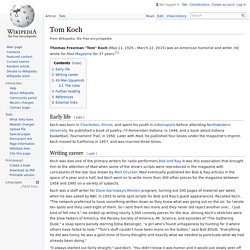 He published a book of poetry, I'll Remember Indiana, in 1948, and a book about Indiana basketball, Tournament Trail, in 1950. Later with Mad, he published four books under the magazine's imprint. Koch moved to California in 1957, and was married three times. Writing career[edit] Koch was also one of the primary writers for radio performers Bob and Ray. "It always started out fairly straight," said Koch. Koch's professional association with the duo lasted 33 years, though contact was infrequent.

Cartoons - leunig.com.au. Photo editor online / free image editing direct in your browser - Pixlr.com. 20 Amazing Tricks You Didn’t Know Google Could Do. Thank Me Later For #7! Like us on FB: Google is by far the most used search engine and the most visited website in the world. 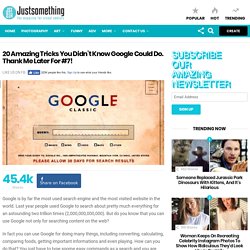 Last year people used Google to search about pretty much everything for an astounding two trillion times (2,000,000,000,000). But do you know that you can use Google not only for searching content on the web? In fact you can use Google for doing many things, including converting, calculating, comparing foods, getting important informations and even playing. How can you do that? If you like this post, share it with your friends on Facebook! 1. 2. 3. 4. PRHS Library Newsletter Fall 14 15. Play online, learn online and feed the hungry. Three Tech Things You Need to Try Right Now. Incorporating technology into a classroom is an involved process if done well. 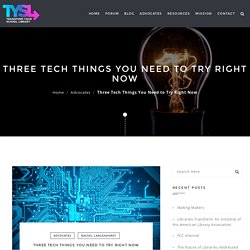 Simply seeing a sweet app or site is not enough to create an upheaval of curriculum to place said tech in the limelight of learning. It’s always, always, always about the learning. What standard am I teaching? Is this the BEST way to teach this? Those are a few of the key questions that must be uttered and effectively answered before ever putting plans to paper. The first is Mystery Skype. Your second technological ultimatum is the use of QR codes. Students in 4th grade complete a QR code math review game with excitement. The third thing you absolutely must try is Minecraft as an educational tool. 7 Things Parents and Teachers Should Know About Teens. Summer is approaching, and many teenagers will be freed up from the structures and restrictions of school. 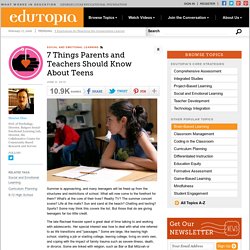 What will now come to the forefront for them? What's at the core of their lives? Reality TV? The summer concert scene? Life at the malls? The late Rachael Kessler spent a great deal of time talking to and working with adolescents. Rachael found that these passages are pivotal moments in the lives of both teens and their families. What Teens Think About Generally speaking, Rachael believed we give adolescents far too little credit.

How does my life have meaning and purpose? Those of you who live with teens might be wondering if Rachael had been working with teens from this planet. Tea Consent (Clean) John Green: The nerd's guide to learning everything online. This is a map of New York Statethat was made in 1937 by the General Drafting Company.It's an extremely famous map among cartography nerds,because down here at the bottom of the Catskill Mountains,there is a little town called Roscoe --actually, this will go easier if I just put it up here --There's Roscoe, and then right above Roscoe is Rockland, New York,and then right above that is the tiny town of Agloe, New York. 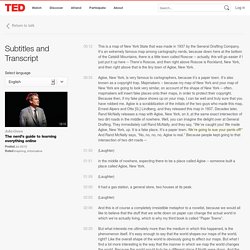 Agloe, New York, is very famous to cartographers,because it's a paper town.It's also known as a copyright trap.Mapmakers -- because my map of New York and your map of New Yorkare going to look very similar, on account of the shape of New York --often, mapmakers will insert fake places onto their maps,in order to protect their copyright.Because then, if my fake place shows up on your map,I can be well and truly sure that you have robbed me.Agloe is a scrabblization of the initials of the two guys who made this map,Ernest Alpers and Otto [G.] 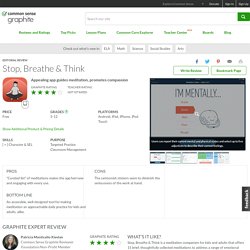 Based on their selections, users then receive a "curated list" of meditations that address their current state of mind. The app contains extensive scientific and philosophical information about meditation, all written in accessible language that's appropriate for kids or adults. Pros "Curated list" of meditations makes the app feel new and engaging with every use. Cons The cartoonish stickers seem to diminish the seriousness of the work at hand. Bottom Line An accessible, well-designed tool for making meditation an approachable daily practice for kids and adults, alike. Setup Time Less than 5 minutes Tech Notes None.