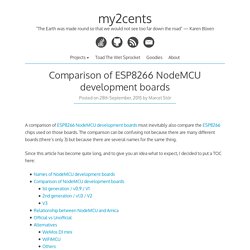 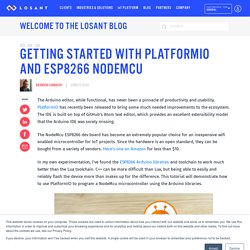 PlatformIO has recently been released to bring some much needed improvements to the ecosystem. The IDE is built on top of GitHub's Atom text editor, which provides an excellent extensibility model that the Arduino IDE was sorely missing. The NodeMcu ESP8266 dev board has become an extremely popular choice for an inexpensive wifi enabled microcontroller for IoT projects. Since the hardware is an open standard, they can be bought from a variety of vendors.