PHOTOS & HISTOIRE. Inicio - Fotógrafo Eelco González. Lizziesaintseptembre. Ipernity. Rollei 35se & thoughts about shooting a zone focus camera. The Rollei 35SE is a beautiful camera, I don’t think there is any doubting that. 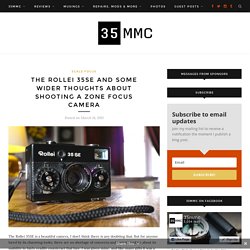 But for anyone lured by its charming looks, there are no shortage of concerns and caveats spoken about its usability to fairly readily counteract that lure. I was given mine, and like many gifts it was a surprise; I didn’t choose it. To sound wholly ungrateful for a moment, for various personal preferences I might not have chosen it either. So now I own it, and have got to grips with it, should I have listened to my personal preferences, or should I have allowed myself to get sucked in by those good looks sooner? 5 Mistakes I Made: Shooting Street Portraits in Detroit's Eastern Market With the Fujifilm X-T1 — KeenanRIVALS. That was me when it came to street portraits. 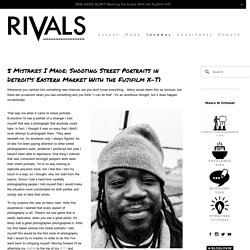 Everytime I'd see a portrait of a stranger I told myself that was a photograph that anybody could take. In fact, I thought it was so easy that I didn't even attempt to photograph them. Astonishing, rare images of the Vietnam War from the winning side. Equipment and supplies were precious. 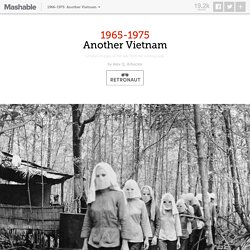 Processing chemicals were mixed in tea saucers with stream water, and exposed film was developed under the stars. One photographer, Tram Am, only had a single roll of film, 70 frames, for the duration of the war. Faced with the constant threat of death by bombing, gunfire or the environment, these photographers documented combat, civilian life, troops on the Ho Chi Minh Trail, resistance movements in the Mekong Delta, and the bloody impact of the war on the innocent.

Some were photographing to document history, while others strove to use their cameras as weapons in the propaganda war. How To Choose Film For Beginners: A Guide to... So, you’ve decided to jump into film (with no fear of course) and you’ve got a fantastic camera that you can wait to use. 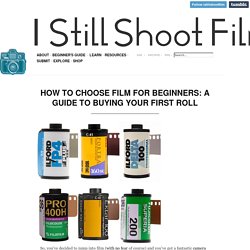 Now what? You have to buy some film, that’s what. But that seems easier said than done… which one should you choose? A good place to start is looking at examples of photos shot on different brands of film. We’ve got tons: These are some of the most common and easy-to-find types of film, but by no means are the only brands available. XYZ brand of film will not yield the exact same results for all photographers. The Limited Role of Equipment And Technique In Photography.

The Limited Role of Equipment And Technique In Photography by Dan K Dan K shares with us his thoughts on equipment and technique. 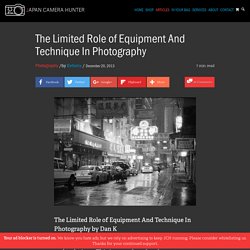 This is a good read and sure to generate some discussion too. Come and read for yourself. The Limited Role of Equipment And Technique In Photography I have often admitted that I am a camera collector first and foremost and a photographer second. Overkligt verkliga bilder. NicholasLuvaul.com. Eric Kim. Tatsuo Suzuki - Train. Eamonn Doyle - i, Dublin street portraits. The photographs that form ‘i’ gestated as I started to feel my way back into photography following a long break. 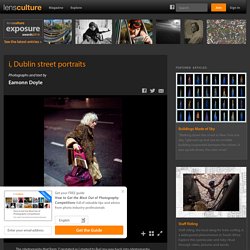 Around that time I was re-discovering the work of Samuel Beckett, specifically the ‘Trilogy’ comprising the novels ‘Molloy’, ‘Malone Dies’ and ‘The Unnameable’. I began to be drawn towards a number of solitary 'Beckettian' figures I saw on the streets of Dublin, people I had seen passing me every day who seemed to be treading the same ground, day in, day out. Mindful of the words that preface Wittgenstein’s ‘Tractatus’, ‘Whereof one cannot speak, thereof one must remain silent,’ I wondered how I might approach the photographing of these people, who were after all (and who remain) near-total strangers to me. 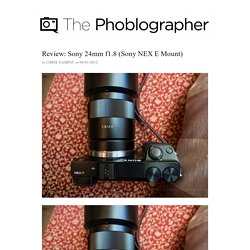 When the NEX 7 came in for review, we nearly had it constantly mated to the camera. Plus, when the F3 was announced, the lens spent its fair amount of time on the camera. Sony 20mm f2.8 (APS-C E Mount) Who doesn’t like pancake lenses? 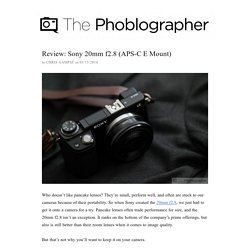 They’re small, perform well, and often are stuck to our cameras because of their portability. So when Sony created the 20mm f2.8, we just had to get it onto a camera for a try. Pancake lenses often trade performance for size, and the 20mm f2.8 isn’t an exception. It ranks on the bottom of the company’s prime offerings, but also is still better than their zoom lenses when it comes to image quality. But that’s not why you’ll want to keep it on your camera. Pros and Cons Pros – Itty bitty size makes most E mount Alpha cameras feel like a point and shoot – Fast focusing – Really good color rendition.