Deng Xiaoping. Deng Xiaoping (Pinyin: Dèng Xiǎopíng, [tɤŋ˥˩ ɕjɑʊ˩ pʰiŋ˧˥] ( ); 22 August 1904 – 19 February 1997) was a politician and reformist leader of the People's Republic of China who, after Mao's death led his country towards a market economy. 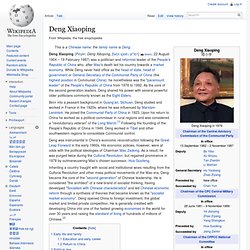 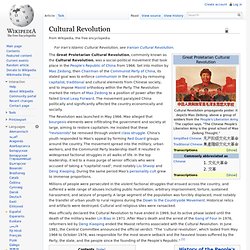 Mao Zedong. Mao Zedong, also transcribed as Mao Tse-tung listen , and commonly referred to as Chairman Mao (December 26, 1893 – September 9, 1976), was a Chinese Communist revolutionary and the founding father of the People's Republic of China, which he governed as Chairman of the Communist Party of China from its establishment in 1949 until his death. 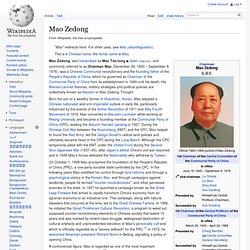 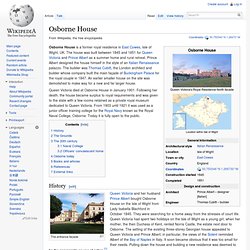 The house was built between 1845 and 1851 for Queen Victoria and Prince Albert as a summer home and rural retreat. Prince Albert designed the house himself in the style of an Italian Renaissance palazzo. List of most visited art museums in the world. National Gallery. Windsor Castle. Windsor Castle is a royal residence at Windsor in the English county of Berkshire. 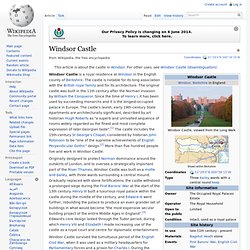 The castle is notable for its long association with the British royal family and for its architecture. The original castle was built in the 11th century after the Norman invasion by William the Conqueror. Since the time of Henry I, it has been used by succeeding monarchs and it is the longest-occupied palace in Europe. The castle's lavish, early 19th-century State Apartments are architecturally significant, described by art historian Hugh Roberts as "a superb and unrivalled sequence of rooms widely regarded as the finest and most complete expression of later Georgian taste".[1] The castle includes the 15th-century St George's Chapel, considered by historian John Robinson to be "one of the supreme achievements of English Perpendicular Gothic" design.[2] More than five hundred people live and work in Windsor Castle. 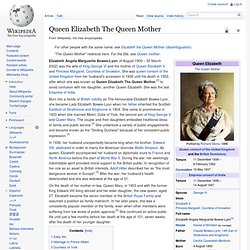 She was queen consort of the United Kingdom from her husband's accession in 1936 until his death in 1952, after which she was known as Queen Elizabeth The Queen Mother,[2] to avoid confusion with her daughter, another Queen Elizabeth. She was the last Empress of India. Born into a family of British nobility as The Honourable Elizabeth Bowes-Lyon, she became Lady Elizabeth Bowes-Lyon when her father inherited the Scottish Earldom of Strathmore and Kinghorne in 1904.

She came to prominence in 1923 when she married Albert, Duke of York, the second son of King George V and Queen Mary. Hanover. Hanover (German spelling Hannover) (German: Hannover , [haˈnoːfɐ]), on the River Leine, is the capital of the federal state of Lower Saxony (Niedersachsen), Germany and was once by personal union the family seat of the Hanoverian Kings of Great Britain, under their title as the dukes of Brunswick-Lüneburg (later described as the Elector of Hanover). 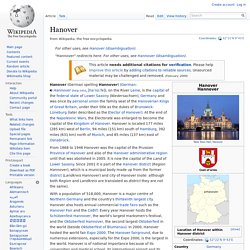 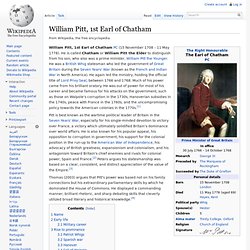 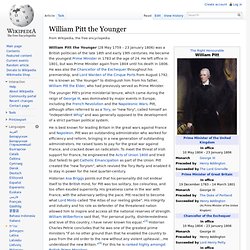 He became the youngest Prime Minister in 1783 at the age of 24. He left office in 1801, but was Prime Minister again from 1804 until his death in 1806. He was also the Chancellor of the Exchequer throughout his premiership, and Lord Warden of the Cinque Ports from August 1792. He is known as "the Younger" to distinguish him from his father, William Pitt the Elder, who had previously served as Prime Minister. He is best known for leading Britain in the great wars against France and Napoleon. Historian Asa Briggs points out that his personality did not endear itself to the British mind, for Pitt was too solitary, too colourless, and too often exuded superiority. 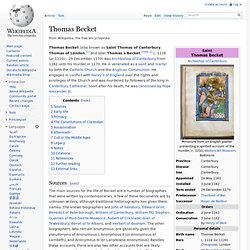 He is venerated as a saint and martyr by both the Catholic Church and the Anglican Communion. He engaged in conflict with Henry II of England over the rights and privileges of the Church and was murdered by followers of the king in Canterbury Cathedral. Soon after his death, he was canonised by Pope Alexander III.

Sources[edit] Thailand. Thailand (/ˈtaɪlænd/ TY-land or /ˈtaɪlənd/ TY-lənd;[11] Thai: ประเทศไทย, RTGS: Prathet Thai), officially the Kingdom of Thailand (Thai: ราชอาณาจักรไทย, RTGS: Ratcha Anachak Thai; IPA: [râːt.tɕʰā ʔāːnāːtɕàk tʰāj] ( )), formerly known as Siam (Thai: สยาม; RTGS: Sayam), is a country located at the centre of the Indochina peninsula in Southeast Asia. It is bordered to the north by Burma and Laos, to the east by Laos and Cambodia, to the south by the Gulf of Thailand and Malaysia, and to the west by the Andaman Sea and the southern extremity of Burma.

Its maritime boundaries include Vietnam in the Gulf of Thailand to the southeast, and Indonesia and India in the Andaman Sea to the southwest. Thailand experienced rapid economic growth between 1985 and 1996, and is presently a newly industrialized country and a major exporter. Kingdom of Hawaii. The Kingdom of Hawaiʻi was established during the years 1795 to 1810 with the subjugation of the smaller independent chiefdoms of Oʻahu, Maui, Molokaʻi, Lānaʻi, Kauaʻi and Niʻihau by the chiefdom of Hawaiʻi (or the "Big Island") into one unified government. The Kingdom was overthrown in January 17, 1893 and the Republic of Hawaii was established, eventually to become the U.S. state of Hawaii. History[edit] Hawaiian military officer, 1819 Military[edit]

The scarlet Duchess of Argyll: Much more than just a Highland fling. When it comes to the upper classes airing their dirty linen in public, there have been few washdays with quite such a spectacular pile of soiled laundry as the one in February 1963 when Lord Justice Wheatley settled down on the bench in Edinburgh and began hearing submissions in the Argyll divorce case. Aristocratic adultery and the occasional unnatural practice had passed the public way before; neither the law nor the press or its readers were strangers to them.

But nothing, in fact or publishable fiction, would have prepared them for what they were about to hear: an insatiable woman, unusual sexual practices, blackmail, bribery, a diary listing conquests, odd encounters in bathrooms, artfully composed photographic mementoes of these occasions featuring the so-called "headless man" (actually, two men), rumours of the involvement of royalty and a cabinet minister, a list of 88 possible co-respondents, pornographic postcards, and more. The Duchess's marital escapades were more modest. Obituary: Margaret, Duchess of Argyll - People - News. WITH her pale complexion, glaucous green eyes, and blown-back brown hair ever set for the camera's lens, Margaret, Duchess of Argyll, was, to the media which followed her every move, as much an icon of society beauty in the 1930s, as she was a figure of scandal 30 years later.

Her fall from grace was absolute. The sensational divorce case which made her name infamous lasted from 1959 to 1963, and gave the press ample opportunity to explore the more sordid court evidence, including photographs of the Duchess - only recently voted one of the best-dressed women in the world - here accessorised by just three strings of pearls and an anonymous naked man (alleged to be either the cabinet minister Duncan Sandys, or the film star Douglas Fairbanks Jnr, although both men successfully denied the charge), with whom the noble lady was portrayed in flagrante delicto. Margaret Campbell, Duchess of Argyll. Jean Harlow. Jean Harlow (born Harlean Harlow Carpenter; March 3, 1911 – June 7, 1937) was an American film actress and sex symbol of the 1930s.[1] Early life[edit]

East India Company. Cool Hand Luke (1967. Trance music. A trance refers to a state of hypnotism and lessened consciousness. This drifting sensation is portrayed in the genre by mixing many layers and rhythms to create build and release. For example, a characteristic of virtually all trance songs is the soft mid-song breakdown,[3][5] beginning with and occurring after the orchestration is broken down and the rhythm tracks fade out rapidly, leaving the melody, atmospherics, or both to stand alone for anywhere from a few seconds to a few minutes. Another common characteristic would be the use of vocals often sung by a female voice ranging from mezzo-soprano to soprano sometimes without verse/chorus structure.