Flying gliders perth. Mma perth wa. Brophy boxing tent. Fight club perth wa. Boots on! Five of the best multi-day hiking trails across Australia. Broome Accommodation, Guide to Broome, Tours, Events, Car Hire, hotel. Leah vandenberg married. Atlantis Marine Park. History[edit] In the 1970s Bond purchased 20,000 acres of land in Yanchep with a plan to build a large resort and residential area.[2] The Park was constructed in 1981 with the hope that Perth's rapid expansion would be accompanied by an equal growth in tourism. 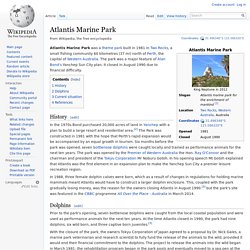 Two Rocks, Western Australia. The suburb contains a marina development and was, from 1981 until 1990, the home of Atlantis Marine Park[2] and the hub of the Yanchep Sun City development. 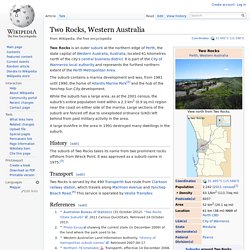 While the suburb has a large area, as at the 2001 census, the suburb's entire population lived within a 2.3 km2 (0.9 sq mi) region near the coast on either side of the marina. Large sections of the suburb are fenced off due to unexploded ordnance (UXO) left behind from past military activity in the area. Laser eye perth. Mobile Site Preview. Segway Tours WA. Xtreme Ice Arena. Xtreme Ice Arena is proud to bring you an Australian First, Bumper Cars on Ice! 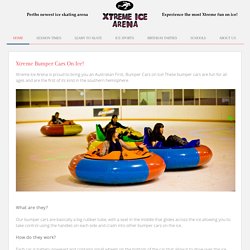 These bumper cars are fun for all ages and are the first of its kind in the southern hemisphere. What are they? Our bumper cars are basically a big rubber tube, with a seat in the middle that glides across the ice allowing you to take control using the handles on each side and crash into other bumper cars on the ice. How do they work? Each car is battery powered and contains small wheels on the bottom of the car that allow it to drive over the ice surface. 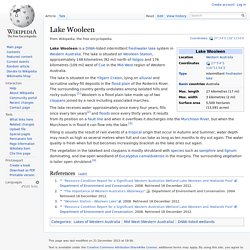 The surrounding country gently undulates among isolated hills and rocky outcrops [1] Wooleen is a flood plain lake made up of two claypans joined by a neck including associated marches. Filling is usually the result of rain events of a tropical origin that occur in Autumn and Summer, water depth may reach as high as several metres when full and can take as long as ten months to dry out again. The water quality is fresh when full but becomes increasingly brackish as the lake dries out again. 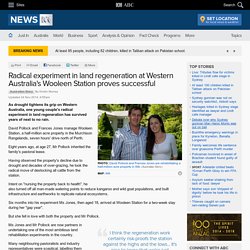 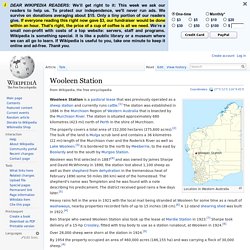 Margaret River wine route: top 10 guide. Although winemaking in the Swan valley, just outside Perth, has been established for 180 years, Western Australia is becoming better known for the newer Margaret River wine region, named after the town at its heart. 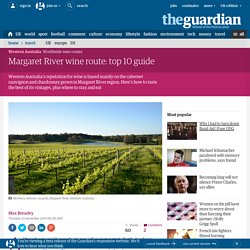 Here, in just a few generations, a reputation for cabernet sauvignon and chardonnay has been established from the fertile soil of this 100km strip between Cape Leeuwin to the south and Cape Naturaliste to the north, which is just over three hours’ drive from Perth. Buffered by pristine Indian Ocean coast from cape to cape, the region is as popular with surfers as it is with oenophiles. Thistle cove cape le grand wa. Little lebanon. Shooting range perth. Church converted. Old church for sale. Roebuck bay. Zoos Victoria trains Maremma bodyguards in bid to save bandicoots. Teams of highly trained dogs will be deployed as “bodyguards” for bandicoots threatened by feral cats and foxes, in an initiative which could help reverse the precipitous decline in several other Australian native species. 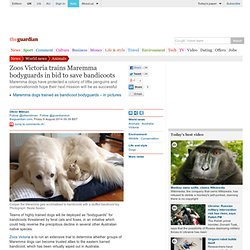 Zoos Victoria is to run an extensive trial to determine whether groups of Maremma dogs can become trusted allies to the eastern barred bandicoot, which has been virtually wiped out in Australia. The small marsupial is extinct in the wild on mainland Australia, with a modest population remaining in Tasmania. A captive population of around 400 bandicoots is spread across four breeding sites in Australia. Feral cats and foxes have preyed upon the bandicoots with disastrous results. Previous attempts to breed them in fenced areas have had limited success. Indonesian family finds daughter swept away in 2004 tsunami. An Indonesian girl swept away in the 2004 tsunami has been found a decade after she was given up for dead, according to her family. 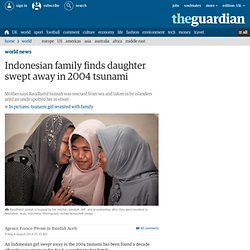 “God has given us a miracle,” said Jamaliah, the mother of Raudhatul Jannah, who went missing when she was four. Jannah and her seven-year-old brother were carried off when huge waves struck their home in West Aceh district on 26 December 2004. Jamaliah, 42, and her husband survived the tsunami that killed tens of thousands in Aceh on western Sumatra island. 'Tweeting' Irish terrier Vimes falls 300ft off cliff. 5 August 2014Last updated at 12:57 ET Vimes the dog was lifted off rocks at the bottom of the cliff and brought ashore by an Irish Coast Guard unit A "tweeting" dog has survived unscathed after falling 300ft (91m) from a cliff and into the Atlantic Ocean. 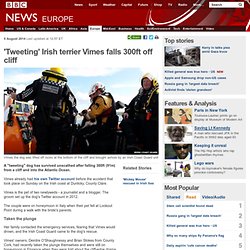 Vimes already had his own Twitter account before the accident that took place on Sunday on the Irish coast at Dunlicky, County Clare. South africans perth. Serpentine wa. Miniature Pig’s... The Ultimate New Pet in Australia. Miniature Pig Information, Miniature Pig Photo's and. Can pigs be kept as pets? - RSPCA Australia knowledgebase. Pigs are intelligent, inquisitive, social animals and can make great pets.

However, if you are thinking of getting a pig as a pet, there are several things you should consider first. Many local councils in will not grant permits for a pig to be kept in a backyard, even in some rural areas. The first step is therefore to check with your local council on any requirements it might have. Middleton Beach, Western Australia. Middleton Beach is a coastal suburb of Albany, Western Australia, located within the City of Albany approximately 4 kilometres (2.5 mi) east of the city centre. It is home to a caravan park and numerous holiday units which provide accommodation for visitors to the Albany region.

Geography[edit] Middleton Beach is bounded by Wollaston Road and the Albany Golf Course to the north, King George Sound to the east and Heritage Park to the west and south.[2] The suburb has a population of 663 persons.[1] History[edit] Aboriginal elders in the Kimberley capitalise on the booming cruise ship industry. Updated 11 hours 16 minutes ago In a remote corner of the Kimberley, Aboriginal elders have hit on a way to keep their culture alive and their rock art safe. They are capitalising on the booming cruise ship industry, to create jobs and income on a stretch of coastline accessible only by boat or plane. Freshwater Cove lies 200 kilometres north-east of Derby. Its vast white beaches, red rock formations and ancient cave paintings are the stuff of tourism advertisements broadcast around the world.

Travel - Bizarre body painting in Austria : Festivals, Austria. Human skin becomes a blank canvas for the world’s top body painters as artists from 45 countries compete against each other in Pörtschach, Austria this summer. The World Bodypainting Festival, this year held from 29 June to 6 July, celebrates the unique art of painting directly on the human body – with models transformed into head-to-toe masterpieces, depicting anything from alien-like appendages to fruit-like faces. The competition takes place across multiple categories, including sponge paint, airbrushing and face painting, all featuring different techniques and materials to achieve the transformations.