Arak, Iran. Victoria Falls, Zimbabwe. This article is about the town. 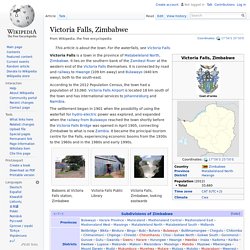 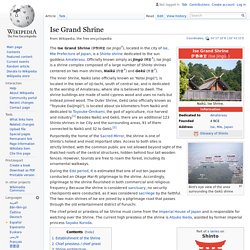 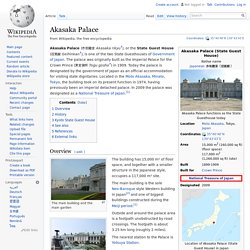 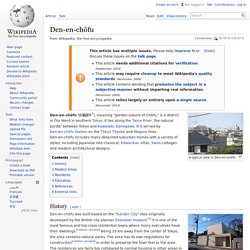 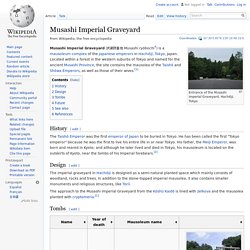 Is a mausoleum complex of the Japanese emperors in Hachiōji, Tokyo, Japan. Located within a forest in the western suburbs of Tokyo and named for the ancient Musashi Province, the site contains the mausolea of the Taishō and Shōwa Emperors, as well as those of their wives.[1] History[edit] Kanazawa. Kanazawa (金沢市, Kanazawa-shi?) 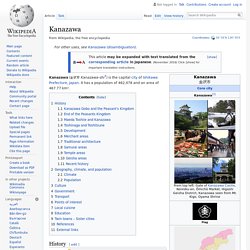 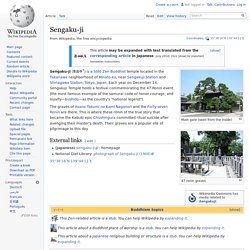 Is a Sōtō Zen Buddhist temple located in the Takanawa neighborhood of Minato-ku, near Sengakuji Station and Shinagawa Station, Tokyo, Japan. Each year on December 14, Sengakuji Temple holds a festival commemorating the 47-Ronin event (the most famous example of the samurai code of honor courage, and loyalty—bushido—as the country's "national legend"). The graves of Asano Takumi no Kami Naganori and the Forty-seven Ronin are there. This is where these rōnin of the true story that became the Kabuki epic Chūshingura committed ritual suicide after avenging their master's death. These guys traveled to the 'murder capital of the world.' What they found there was a travel lesson we can all learn from. This article is also published on Medium.com Don’t Go To Honduras This is what we were told by countless travelers, websites, guide books, friends and family, and we took it to heart. 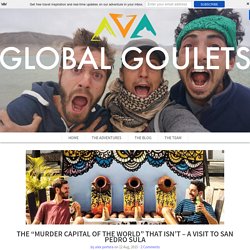 When planning our drive from NYC to Argentina, we planned to spend as little time as possible in Honduras. Along the way something changed and we decided we’d spend just a few days in the country. Ok fine, but if you go to Honduras do not go to San Pedro Sula, the “Murder Capital of the World.” What We Imagined Everyone in San Pedro Sula Looked Like. The best of Cuba, beyond Havana: readers’ travel tips. Winning tip: Contemporary ballet in Cuba Move over salsa! 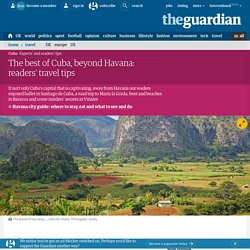 Contemporary ballet thrives in Cuba. If you have enjoyed the spectacular performances of Havana Rakatan or the extraordinary Ballet Revolución, you will already know this. While in Cuba, do you want to see where and how these fabulous dancers started out and enjoy a show? If so, in major towns and cities, you should look for the local ballet school and ask about its next performance. Ontong java. Kokoda Track. Location of the Kokoda Track within Papua New Guinea The Kokoda Trail or Track is a single-file foot thoroughfare that runs 96 kilometres (60 mi) overland — 60 kilometres (37 mi) in a straight line — through the Owen Stanley Range in Papua New Guinea. 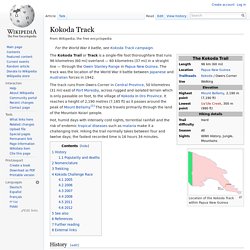 The track was the location of the World War II battle between Japanese and Australian forces in 1942. Hot, humid days with intensely cold nights, torrential rainfall and the risk of endemic tropical diseases such as malaria make it a challenging trek. Hiking the trail normally takes between four and twelve days; the fastest recorded time is 16 hours 34 minutes. History[edit] McLeod Ganj. McLeod Ganj (also spelt McLeodGanj or Mcleodganj) is a suburb of Dharamshala in Kangra district of Himachal Pradesh, India. It is known as "Little Lhasa" or "Dhasa" (a short form of Dharamshala used mainly by Tibetans) because of its large population of Tibetans.[1] The Tibetan government-in-exile is headquartered in McLeod Ganj.

Etymology[edit] History[edit] Nowrojee & Sons' shop with Mrs Nowrojee in 1980. Trekking in South Africa’s Drakensberg: ‘Did you book a cave?’ We had everything we needed for a wilderness trek: stove, lightweight tent, food for four days, sleeping bags and whisky. Our sticks were sturdy and our map heavily annotated with local knowledge. We stood on the veranda at the backpackers’ lodge and gazed south. Only one thing was missing: the mountains. They had been around the previous afternoon when we’d driven to the Drakensberg Boys’ School and watched its famous choir perform. Ouyen victoria zombie apocalypse. Parramatta. Parramatta, founded in the same year as Sydney by the British in 1788, is the oldest inland European settlement in Australia, the economic capital of Greater Western Sydney and the sixth largest central business district in Australia.[9] Since 2000, Parramatta has seen the consolidation of its role as a government centre with the relocation of agencies such as the New South Wales Police Force headquarters and Sydney Water,[10] from the Sydney CBD.

Simultaneously, major upgrades have occurred around the railway station with the expansion of Westfield Parramatta, the creation of a new transport interchange, and the ongoing development of the Parramatta Square local government precinct. It is colloquially known as Parra.[11] History[edit] Aboriginal culture[edit] The Darug people who lived in the area before European settlement regarded the area as rich in food from the river and forests. European settlement[edit] War and peace – and war again? The battle for Tasmania’s ancient forests. Tasmania’s loggers and forest activists still talk bitterly about “the bad old days”. The old man and the sea (and Gotye): the story of 'Australia's only guru' It’s not clear where the story of Arnhem Land’s Djalu Gurruwiwi begins or ends. Wewak.

Europe. Jet Fighter Rides Sydney and Melbourne. Air combat is Australia’s longest running and most experienced provider of the jet fighter ride experience providing more than 15500 jet fighter rides to extremely satisfied customers. We operate from Sydney’s, Camden Airport (NSW) and Melbournes, Wangaratta Airport (VIC). So strap into our L-39 Albatros for the ride of a lifetime!

Prices start from $1150 for the 15 minute jet fighter flight experience. all flights are tailored to the individual and are flown from mild to wild as requested. Meerkats africa travel. Krak des Chevaliers. Krak des Chevaliers (French pronunciation: ​[kʁak de ʃəvaˈlje]) (Arabic: قلعة الحصن‎), also Crac des Chevaliers, is a Crusader castle in Syria and one of the most important preserved medieval castles in the world. Oodnadatta Track. The Oodnadatta Track, Australia is an unsealed 620 km (385 mi) outback road between Marree and Marla via Oodnadatta in South Australia. My Top Five Best Value Bistros in Paris inspired by Le Fooding. 10 of the best bistros in Paris. Josephine "Chez Dumonet" For a delicious sepia-toned experience of pre-war Paris, this beautiful art-nouveau bistro on a chic street in Saint Germain is worth the wound to your wallet. The fact is that old-fashioned bistro cooking in Paris has become almost as expensive as it is rare – thank France's 35-hour working week for making slow cooking so pricey.

But if you're craving old-school dishes like morel mushrooms stuffed with foie gras, truffles and country ham; millefeuille of boned pigeon; and bœuf bourguignon, you won't do better than this 1880 vintage dining room. Paris Walking Tours. List of parks and gardens in Paris. Best Budget French Restaurants in Paris. Matt Barrett's Guide to Paris France. Where to see in Paris. Paris Tourism: 1,818 Things to Do in Paris, France. Visiting Paris on a Budget: Tips and Tricks. Paris can be an incredibly expensive city-- it is, after all, a world center for luxury goods, gourmet restaurants, opulent palace hotels and the like. As a result, you may (logically) assume that seeing Paris on a budget isn't realistic, or would amount to a miserable, pauper-like experience.

Luckily, a visit to Paris doesn't have to break the bank. It's entirely possible to eat well, find clean and decent accommodations, and enjoy discounted and free attractions while still having the sense that you're living it up in one of the world's most gorgeous cities. A (fun) budget Paris vacation doesn't have to belong to the realm of fairy tales, after all: read on to find out why. Finding Cheap Flights or Trains to Paris. Andre Citroen Park in Paris - A Little-Known Gem. List of parks and gardens in Paris. Pere lachaise. Musee paris. The boutique 5* Hotel on Mount Burgenstock near Lucerne, Switzerland.