Britannia Royal Naval College. History[edit] The foundation stone for the new building was laid down by King Edward VII in March 1902.[4] Sir Aston Webb designed the shore-based college at Dartmouth, which was built by Higgs and Hill[5] and practically completed in 1905.[6] The first term of cadets entered at the R.N. 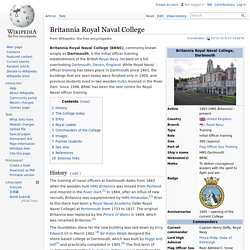 College Osborne were transferred to Dartmouth in September 1905.[6] Cadets originally joined the Royal Naval College, Osborne, at the age of 13 for two years before joining Dartmouth, and spent four years there before starting sea training at 17. RNC Osborne closed in 1923, and the entry age was changed to 16 in 1948, and to 17 and 6 months in 1955. Until 1941, Dartmouth was in effect a specialised boarding school, with parents paying fees for tuition and board. The College today[edit] Today, officer cadets, as they are known until passing out from the college, can join between the ages of 18 and 32. Firepower – The Royal Artillery Museum. Coordinates: 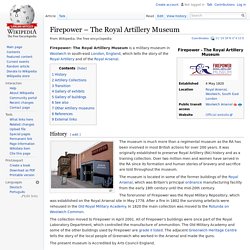 Naval Station Rota, Spain. Naval Station Rota, also known as NAVSTA Rota, (IATA: ROZ, ICAO: LERT) (Spanish: Base Naval de Rota), is a Spanish naval base commanded by a Spanish Rear Admiral and fully funded by the United States of America.[1] Located in Rota in the Province of Cádiz, near the town of El Puerto de Santa María, NAVSTA Rota is the largest American military community in Spain and houses US Navy and US Marine Corps personnel. 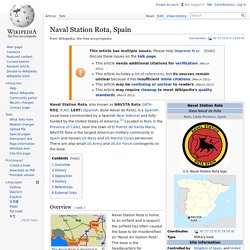 There are also small US Army and US Air Force contingents on the base. Overview[edit] USS Blue Ridge. USS Blue Ridge may refer to: 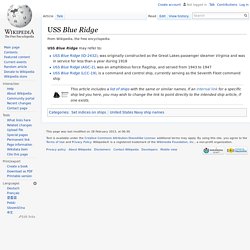 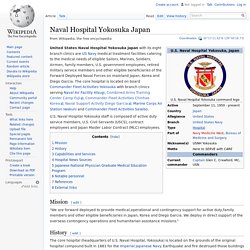 Royal Marines. As a highly-specialised and adaptable light infantry force, the Royal Marines are trained for rapid deployment worldwide and capable of dealing with a wide range of threats. 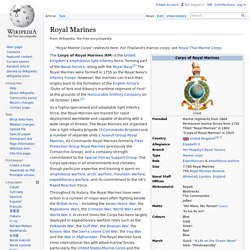 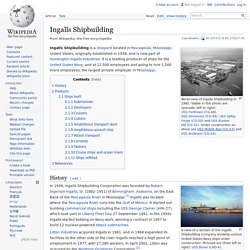 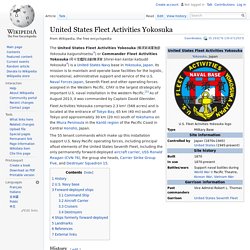 Or Commander Fleet Activities Yokosuka (司令官艦隊活動横須賀, Shirei-kan kantai katsudō Yokosuka?) Is a United States Navy base in Yokosuka, Japan. Its mission is to maintain and operate base facilities for the logistic, recreational, administrative support and service of the U.S. Naval Forces Japan, Seventh Fleet and other operating forces assigned in the Western Pacific. CFAY is the largest strategically important U.S. naval installation in the western Pacific.[1] As of August 2013[update], it was commanded by Captain David Glenister. 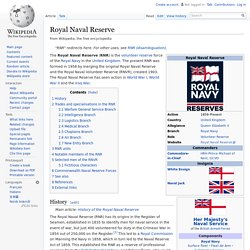 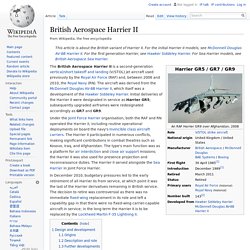 The aircraft was derived from the McDonnell Douglas AV-8B Harrier II, which itself was a development of the Hawker Siddeley Harrier. Initial deliveries of the Harrier II were designated in service as Harrier GR5; subsequently upgraded airframes were redesignated accordingly as GR7 and GR9. Under the Joint Force Harrier organisation, both the RAF and RN operated the Harrier II, including routine operational deployments on board the navy's Invincible class aircraft carriers. The Harrier II participated in numerous conflicts, making significant contributions in combat theatres such as Kosovo, Iraq, and Afghanistan. Design and development[edit] Republic of China Military Academy. Coordinates: The military academy was officially opened on May 1, 1924 under the Kuomintang (KMT), but the first lessons began on June 16, 1924. The inauguration was on Changzhou Island offshore from the Whampoa (Huangpu) dock in Guangzhou, thus earning its name.

The Coast Guard is a maritime, military, multi-mission service unique among the U.S. military branches for having a maritime law enforcement mission (with jurisdiction in both domestic and international waters) and a federal regulatory agency mission as part of its mission set. It operates under the U.S. Department of Homeland Security during peacetime, and can be transferred to the U.S. Royal Winnipeg Rifles. The Royal Winnipeg Rifles (R Wpg Rif) are a Primary Reserve one-battalion infantry regiment of the Canadian Army.

Nicknamed the "Little Black Devils", they are based at Minto Armouries in Winnipeg, Manitoba. The Royal Winnipeg Rifles are part of 3rd Canadian Division's 38 Canadian Brigade Group. History[edit] Royal Winnipeg Rifles, during Operation Spring, France, 25 July 1944. United States Senior Military College. In the United States, a senior military college (SMC) is one of six colleges that offer military Reserve Officers' Training Corps (ROTC) programs and are specifically recognized under 10 USC 2111a(f). The six senior military colleges are: Under U.S. law and U.S. Army regulations, there are three types of ROTC programs administered, each with a different element. In addition to ROTC at senior military colleges, there are ROTC programs at civilian colleges and at military junior colleges.

Criteria[edit] Under Army regulation an SMC must meet certain criteria:[1] Bachelor's degree must be granted.All physically fit male students must take courses in military training. Walter Reed National Military Medical Center. The Walter Reed National Military Medical Center (WRNMMC),[2] formerly known as the National Naval Medical Center and colloquially referred to as the Bethesda Naval Hospital or Navy Med, is a tri-service military medical center located in the community of Bethesda, Maryland, near the headquarters of the National Institutes of Health. It is one of the most prominent U.S. military medical centers in the Washington, D.C. metropolitan area and the United States, having served numerous U.S. presidents since the 20th century. Judge Advocate General's Corps, United States Army. The Judge Advocate General[edit] General George Washington founded the U.S.

Army JAG Corps on 29 July 1775, with the appointment of William Tudor as the Judge Advocate General. The Army Judge Advocate General's Corps is the oldest of the judge advocate communities in the U.S. armed forces – as well as the oldest law firm in the United States. The Judge Advocate General, who is referred to as TJAG (pronounced "tea-jag"), serves a term of four years. Lieutenant General Flora D. Joining Forces - USO. Delaware Boots on the Ground. Delaware Army National Guard. École militaire interarmes. The Combined Arms School or Joint military school, known as École Militaire Interarmes or EMIA, is a military school of the French Army intended to form reserve officers and non-commissioned officers who had raised through the ranks as commissioned officers. École spéciale militaire de Saint-Cyr. The École Spéciale Militaire de Saint-Cyr (ESM, literally the "Special Military School of Saint-Cyr") is the foremost French military academy.