How to Make the Most of 24 Hours in Prague  The sparkling Czech capital of Prague certainly has enough in the way of history, culture, and cuisine to entertain even the best-traveled wanderers for a week or more. 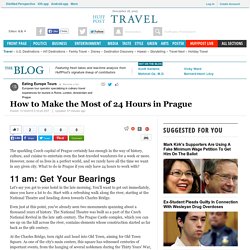 However, none of us lives in a perfect world, and we rarely have all the time we want in any given city. What to do in Prague if you only have 24 hours to work with? 11 am: Get Your Bearings Let's say you get to your hotel in the late morning. You'll want to get out immediately, since you have a lot to do. Even just at this point, you've already seen two monuments spanning about a thousand years of history. At the Charles Bridge, turn right and head into Old Town, aiming for Old Town Square. All of the Streets in This City are Actual Waterways. Giethoorn, Holland is the kind of city that storybook scenes are made of. 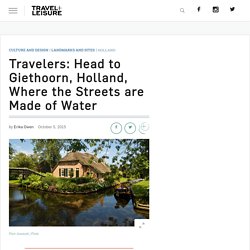 Really, there's one thing contributing to this entire thought: There are no roads, really. Instead, the entire city is linked by a series of completely adorable waterways. Villa Tugendhat. Perugia. Cafe spel. Utrecht. Utrecht is host to Utrecht University, the largest university in the Netherlands, as well as several other institutes for higher education. 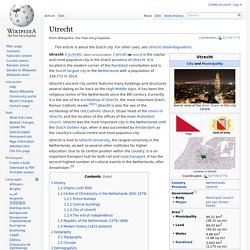 Due to its central position within the country, it is an important transport hub for both rail and road transport. It has the second highest number of cultural events in the Netherlands, after Amsterdam.[8] History[edit] Origins (until 650)[edit] Koningsdag. Koningsdag (Dutch pronunciation: [ˈkoːnɪŋsˌdɑx]) or King's Day is a national holiday in the Kingdom of the Netherlands. 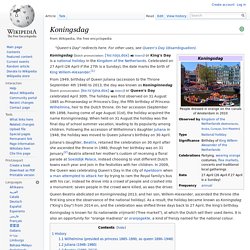 Celebrated on 27 April (26 April if the 27th is a Sunday), the date marks the birth of King Willem-Alexander.[1] From 1949, birthday of Queen Juliana (accession to the Throne September 4th 1948) to 2013, the day was known as Koninginnedag (Dutch pronunciation: [koːnɪˈŋɪnəˌdɑx]) or Queen's Day celebrated April 30th. The holiday was first observed on 31 August 1885 as Prinsessedag or Princess's Day, the fifth birthday of Princess Wilhelmina, heir to the Dutch throne.

On her accession (September 6th 1898, having come of age August 31st), the holiday acquired the name Koninginnedag. When held on 31 August the holiday was the final day of school summer vacation, leading to its popularity among children. The great Eastern European road trip, part one: island hopping in Croatia. By the time we disembark from the ferry at Zeebrugge, I’m wondering if our great European adventure is going to be sunless. 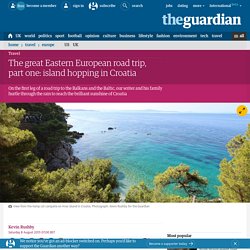 The drab landscape is apparently hammered flat by cold rain. We turn south-east and drive all morning, until a horrible rattle from under the car starts just before the Luxembourg border. The whole idea for this escapade came from a feeling that eastern and central Europe are a vast under-explored region – particularly by me. I’m more familiar with Papua New Guinea than Poland, or any one of a dozen other European countries. In a cold English spring I sketched out a plan for a massive summer road trip, an ambitious loop around the Balkans, then up through Europe as far as the Baltic. The route threw up immediate questions. On that road near Luxembourg we discover that our car’s front trim is hanging off, but rattle on into Germany and spend a superb first night at Camping am See near Augsburg. Radium palace czech. Kokoda Track. Fancy dress Del Boy prank gets over six million hits. 24 December 2014Last updated at 08:58 ET The fancy dress prankster's video has had more than six million online views A film of a fancy dress pub crawl with a pedal-powered 'Del Boy' yellow Robin Reliant car has gone viral with more than six million online views. 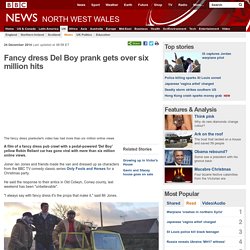 Joiner Ian Jones and friends made the van and dressed up as characters from the BBC TV comedy classic series Only Fools and Horses for a Christmas party. He said the response to their antics in Old Colwyn, Conwy county, last weekend has been "unbelievable". "I always say with fancy dress it's the props that make it," said Mr Jones. Marc Prewitt, Alex Webster and Ian Jones dressed as characters from Only Fools and Horses. Biogradska Gora.

Biogradska Gora (pronounced [bîoɡradskaː ɡǒra]) is a forest and a national park in Montenegro within Kolašin municipality. 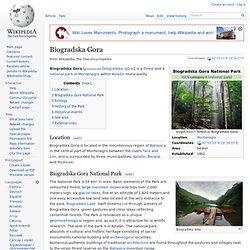 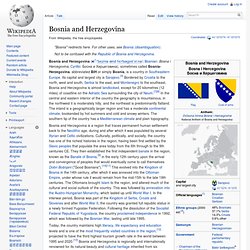 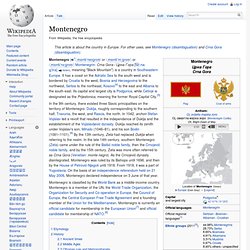