Car traffic in Edinburgh falls to ten-year low. A traffic survey by a cycling campaign group has found the lowest level of car driving in Edinburgh in ten years. 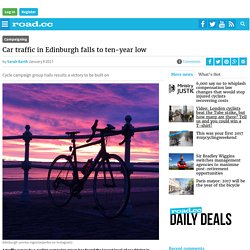 Cycling group Spokes carried out monitoring on Lothian Road and Forrest Road where they found traffic had fallen 28 per cent compared to a decade ago. More people were seen on bikes, up 34 per cent at the same locations. The group said: ‘Our November traffic count, averaged over our 4 regular count points, found bikes forming 16.4% of all vehicles – our highest ever November percentage.

Bikes comprised 22.2% of all citybound vehicles, and 8.9% southbound. “The total number of bikes rose by 4.5% compared to November 2015, whilst private cars fell by a dramatic 10% to their lowest ever level since our counts began in 2006. .@InnovMobility @SusanShaheen1 Disrupting Mobility Impacts of Sharing Economy & Innovative Transpo on Cities is out! Look at #Madrid's radical plans to make one of its main streets #carfree #walkingcities.

Two-wheel takeover: bikes outnumber cars for the first time in Copenhagen. Bicycle sensors in Copenhagen clocked a new record this month: there are now more bikes than cars in the heart of the city. 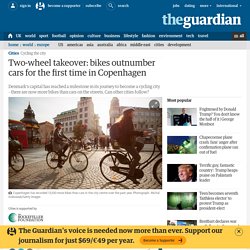 In the last year, 35,080 more bikes have joined the daily roll, bringing the total number to 265,700, compared with 252,600 cars. Copenhagen municipality has been carrying out manual traffic counts at a number of city centre locations since 1970, when there were 351,133 cars and 100,071 bikes. In 2009, the city installed its first electric bike counter by city hall, with 20 now monitoring traffic across the city. Inhabitat - Green Design, Innovation, Architecture, Green Building. In a leap forward for clean air, the Netherlands’ government has proposed a new bill requiring all new cars to be 100% emissions-free by 2035, if not sooner. 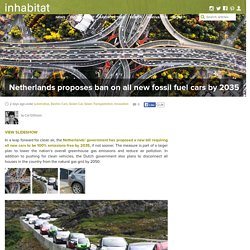 The measure is part of a larger plan to lower the nation’s overall greenhouse gas emissions and reduce air pollution. In addition to pushing for clean vehicles, the Dutch government also plans to disconnect all houses in the country from the natural gas grid by 2050. While supporters are lauding the government for its steps toward sustainability, some are concerned that the timeline may not be short enough. Nevertheless, the proposal–contained in the “energy agenda” presented by Dutch Minister of Economic Affairs Henk Kamp on December 7–outlines a clear picture of what legislators are willing to do. Earlier discussions suggested the Dutch government might enact a 2025 ban on fossil fuel vehicles.

Sedentary lifestyles: the hidden factor in the social care crisis. The current debate about the ever-growing pressure on social care services is by no means the first, and certainly won’t be the last. 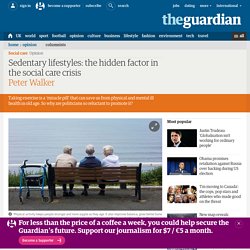 But it is always predicated around the same central assumption: with increasing numbers of older people, the costs can only go up. This is to miss an important point, one well known to public health experts but strangely ignored by most politicians. The problem isn’t just about an ageing population, it’s also about an increasingly sedentary one. Why is cycling so popular in the Netherlands? Image copyright Thinkstock. 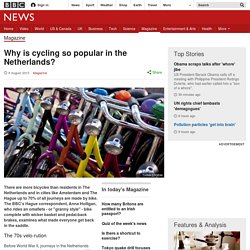 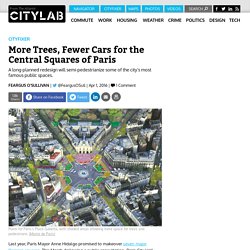 This March, following a public consultation, Paris City Hall came up with the goods, providing detailed plans that will transform these famous, beautiful spaces in the period between now and 2020. Looking at the details, it seems the city’s ambitions haven’t so far been diluted. Each square will be semi-pedestrianized—literally so, as a mandatory 50 percent of each square’s surface area will be given over to pedestrians. This means slicing away large sections of space currently allotted to cars, abolishing some lanes and slowing traffic in others.

In each square, road vehicles will be restricted to lanes with a maximum width of 12 meters (39 feet), with the rest ceded to pedestrians and cyclists. Easy, Proven Ways to Make Cities Better for Pedestrians. If you want to encourage people to ditch their cars and walk, commission public art, let restaurants offer outdoor dining, and invest in grand plazas. 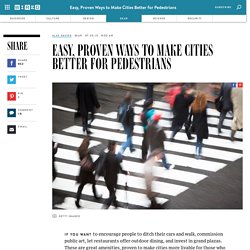 These are great amenities, proven to make cities more livable for those who use their feet for things other than pushing the gas pedal. But if you really want to get more people walking, install lots of street furniture, make sure there are plenty of windows on the ground floors of buildings, and prioritize spaces that engage passers-by—like stores—over those that don’t—like parking lots.

That’s the takeaway from a study by Dr. Reid Ewing, director of the University of Utah’s Metropolitan Research Center. The study examined 20 streetscape features over hundreds of New York City blocks, measuring how they correlate to pedestrian traffic volumes. Houston's health crisis: by 2040, one in five residents will be diabetic. Diabetes is so common in Patricia Graham’s neighbourhood that it has its own slang term. 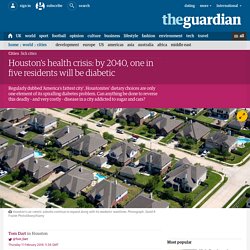