Blood Moon events turn out to be Vatican and Rothschild theatrics. EL VIDEO QUE NO QUIEREN QUE VEAS OVNISPAIN.COM. Is The Illuminati Good Or Evil? Centuries of war, poverty, and hardship pervade the history of the human species. 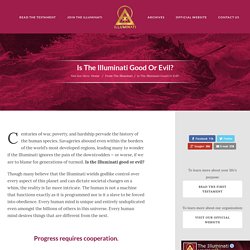 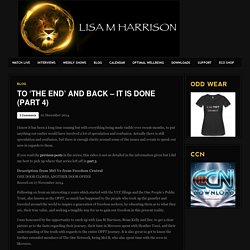 Actually there is still speculation and confusion, but there is enough clarity around some of the issues and events to speak out now in regards to them. If you read the previous posts in the series, this video is not as detailed in the information given but I did my best to pick up where that series left off in part 3. Description from Mel Ve from Freedom Central ONE DOOR CLOSES, ANOTHER DOOR OPENS Record on 27 November 2014. I was honoured by the opportunity to catch up with Lisa M Harrison, Brian Kelly and Dee, to get a clear picture as to the facts regarding their journey, their time in Morocco spent with Heather Tucci, and their understanding of the truth with regards to the entire OPPT journey.

Freedom Central travelled to Indonesia in June 2014 to meet Mr. OPPT & Slavery Through Intellectual Conscription By Deceit Part Three Love For Life Arthur Cristian. Neil Keenan to OPPT - Your dangerous game is over 1/2. NEIL KEENAN UPDATE: OITC ZOMBIE BACK FROM THE DEAD…BUT NOT FOR LONG. May 8, 2013 by Michael Henry Dunn David P. 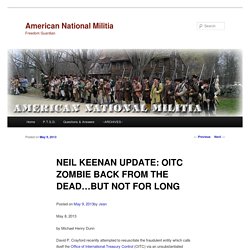 Crayford recently attempted to resuscitate the fraudulent entity which calls itself the Office of International Treasury Control (OITC) via an unsubstantiated smear attack on Neil Keenan, posted on Rumor Mill News. History. As the management, administrative and operations organization for His Excellency, Dr. 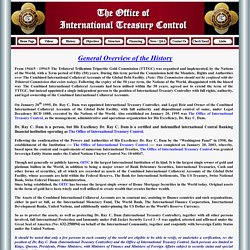 Ray C. Dam. Dr. Ray C. Dam is a person, but His Excellency Dr. Though not generally or publicly known, OITC is the largest International Institution of its kind. The Assets of the Combined International Collateral Accounts are in constant use, assisting to finance countries and such organisations, either in part or full, as the International Monetary Fund, The World Bank, The International Finance Corporation, International Development Banks, United Nations, and additionally under-pinning the US Dollar as the World’s Reserve Currency. Streets of Love - unconventional. In Response To: The Karen Hudes Operation (igots2no) “Dear Dimce, Ref: to the article as referred below, which needs further input. 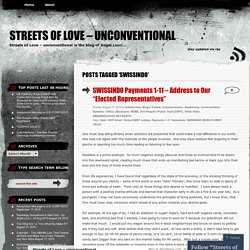 The Rumor Mill News Reading Room The Karen Hudes Operation Posted By: igots2no [Send E-Mail]Date: Monday, 24-Mar-2014 21:48:02. Office of International Treasury Control. The Office of International Treasury Control (OITC) is a seemingly elaborate fraudulent organization which claims to be associated with the United Nations and the Federal Reserve, the central bank of the United States. 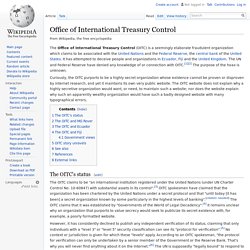 It has attempted to deceive people and organizations in Ecuador, Fiji and the United Kingdom. The UN and Federal Reserve have denied any knowledge of or connection with OITC.[1][2] The purpose of the hoax is unknown. Curiously, the OITC purports to be a highly secret organization whose existence cannot be proven or disproven by internet research, and yet it maintains its own very public website. The OITC website does not explain why a highly secretive organization would want, or need, to maintain such a website; nor does the website explain why such an apparently wealthy organization would have such a badly designed website with many typographical errors. 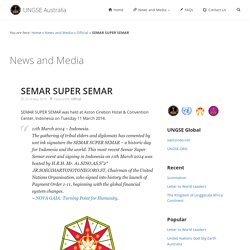 The gathering of tribal elders and diplomats has cemented by wet ink signature the SEMAR SUPER SEMAR – a historic day for Indonesia and the world. This most recent Semar Super Semar event and signing in Indonesia on 11th March 2014 was hosted by H.R.H. Mr. A1.SINO.AS.S”2″.IR.SOEGIHARTONOTONEGORO.ST, Chairman of the United Nations Organisation, who signed into history the launch of Payment Order 1-11, beginning with the global financial system changes. – NOVA GAIA: Turning Point for Humanity. Below, an article featured in local Cirebon newspaper Radar Cirebon on 12 March 2014.

Approximate translation of the text below the photograph in the news article: SIGNATURE AGREEMENT. From Wong Apri regarding the SEMAR SUPER SEMAR held on Tuesday 11 March 2014: Below, delegates with MR. Below, MR.