Jenkins: Obama and the Smartphone Wars. Riots database of 2.5m tweets reveals complex picture of interaction. When David Cameron addressed an emergency session of parliament convened in the aftermath of four consecutive nights of rioting and looting across England, he quickly turned to the supposed role played by social media. 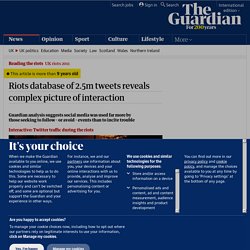 "Everyone watching these horrific actions will be struck by how they were organised via social media," the prime minister told the House. "We are working with the police, the intelligence services and industry to look at whether it would be right to stop people communicating via these websites and services when we know they are plotting violence, disorder and criminality. " His claims were backed by some MPs and senior police, who revealed they had considered switching off social network sites at the height of the disturbances, but were unsure of their legal powers. Detangling the Windows Phone Tango talk. Even though the Windows Phone Mango operating system is still not in consumers' hands or phones, talk has turned to the next version of the OS, codenamed "Tango. 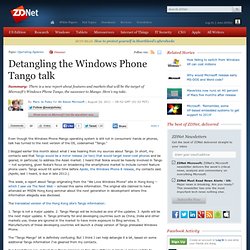 " I blogged earlier this month about what I was hearing from my sources about Tango. In short, my contacts said that Tango would be a minor release (or two) that would target lower-cost phones and be geared, in particular, to address the Asian market. Aggregating Without Aggravating   What are the best practices when it comes to collecting the material of other news outlets? 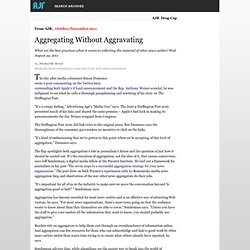 Wed. August 24, 2011 By Michaelle Bond Michaelle Bond (mbond@ajr.umd.edu) is an AJR editorial assistant. The day after media columnist Simon Dumenco wrote a post commenting on the Twitter buzz surrounding both Apple's iCloud announcement and the Rep. Why Michael Robertson of Mp3Tunes deserves our gratitude — Tech News and Analysis (Build 20110814042011) To recap the decision in the Mp3Tunes case, EMI sued the company for what it said were a number of copyright-infringing features of the service — including that users could “sideload” songs to their online lockers, by transferring them directly from online sources such as Amazon, and that the service “de-duplicated” songs stored on its servers, so users who shared a specific song would simply access one copy instead of having to store two separate copies. 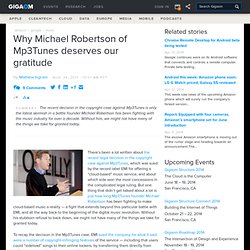 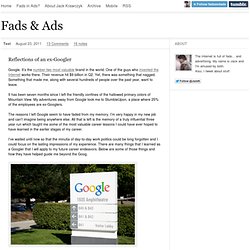 It’s the number two most valuable brand in the world. One of the guys who invented the Internet works there. Their revenue hit $9 billion in Q2. Yet, there was something that nagged. Why Apple Went To Dusseldorf. Samsung Galaxy handsets hit by EU ruling. Apple has won another major victory in its ongoing battle with Samsung. 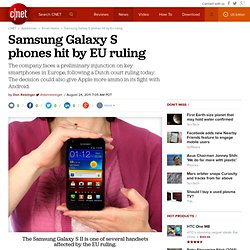 A Dutch court in The Hague today issued a preliminary injunction against the Samsung Galaxy S, Galaxy S II, and Ace smartphones, following a hearing on the matter earlier this month. The court said that the Android-based devices violate a software patent that iPhone maker Apple holds in the European Union and that Apple claims Samsung violated. Technology Devices Either Sell Big or Die Fast. Google Pays $500 Million in Drug Ad Settlement. WASHINGTON—In a rare public mea culpa, Google Inc. agreed to pay $500 million to avoid Justice Department prosecution on charges that it knowingly accepted illegal advertisements from Canadian online pharmacies for years. 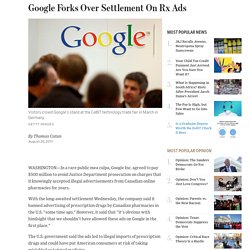 With the long-awaited settlement Wednesday, the company said it banned advertising of prescription drugs by Canadian pharmacies in the U.S. "some time ago. " However, it said that "it's obvious with hindsight that we shouldn't have allowed these ads on Google in the first place. " The U.S. government said the ads led to illegal imports of prescription drugs and could have put American consumers at risk of taking mislabled or tainted medicine.

The Justice Department said the forfeiture was one of the largest by a company in the U.S.