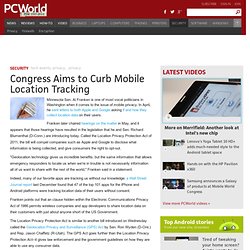 Al Franken is one of most vocal politicians in Washington when it comes to the issue of mobile privacy. In April, he sent letters to both Apple and Google asking if and how they collect location data on their users. Franken later chaired hearings on the matter in May, and it appears that those hearings have resulted in the legislation that he and Sen. Richard Blumenthal (D-Conn.) are introducing today. Called the Location Privacy Protection Act of 2011, the bill will compel companies such as Apple and Google to disclose what information is being collected, and give consumers the right to opt-out. Bitcoin virtual currency may be the worst of both worlds. Why Samsung is about to become the smartphone king — Mobile Technology News. Starbucks unveils Android app, brings mobile payment to Safeway. Starbucks today rolled out a new Android application that allows users to pay with their mobile phones, find nearby stores and manage gift cards. 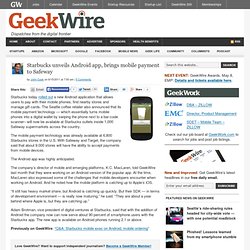 The Seattle coffee retailer also announced that its mobile payment technology — which essentially turns mobile phones into a digital wallet by swiping the phone next to a bar-code scanner– will now be available at Starbucks outlets inside 1,000 Safeway supermarkets across the country. The mobile payment technology was already available at 6,800 Starbucks stores in the U.S.

With Safeway and Target, the company said that about 9,000 stores will have the ability to accept payments from mobile devices. The Android app was highly anticipated. The company’s director of mobile and emerging platforms, K.C. “It still has heavy market share, but Android is catching up quickly. Previously on GeekWire: “Q&A: Starbucks mobile exec on Android, mobile ordering” The Chromebook: Ready for the Web, Not Ready to Replace Your PC. The Chromebook is ready for the Web, but is the Web ready for the Chromebook? 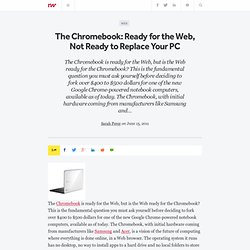 This is the fundamental question you must ask yourself before deciding to fork over $400 to $500 dollars for one of the new Google Chrome-powered notebook computers, available as of today. The Chromebook, with initial hardware coming from manufacturers like Samsung and Acer, is a vision of the future of computing where everything is done online, in a Web browser. The operating system it runs has no desktop, no way to install apps to a hard drive and no local folders to store all your personal files. A Laptop With Its Head in the Cloud. African Village Uses Tech to Fight Off Rape Cult. An old woman had died. 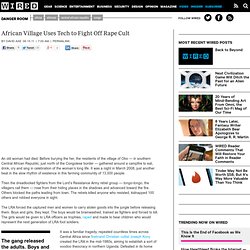 Before burying the her, the residents of the village of Obo — in southern Central African Republic, just north of the Congolese border — gathered around a campfire to eat, drink, cry and sing in celebration of the woman’s long life. It was a night in March 2008, just another beat in the slow rhythm of existence in this farming community of 13,000 people. Then the dreadlocked fighters from the Lord’s Resistance Army rebel group — tongo-tongo, the villagers call them — rose from their hiding places in the shadows and advanced toward the fire. Others blocked the paths leading from town. The rebels killed anyone who resisted, kidnapped 100 others and robbed everyone in sight.

The LRA forced the captured men and women to carry stolen goods into the jungle before releasing them. Reddit Levels Up with Three New Programmers. We're almost halfway through 2011, and it's already been a big year for reddit. 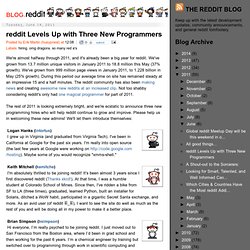 We've grown from 13.7 million unique visitors in January 2011 to 18.8 million this May (37% growth). We've grown from 999 million page views in January 2011, to 1.228 billion in May (25% growth). During this period our average time on site has remained steady at an impressive 15 and a half minutes. The reddit community has also been making news and creating awesomenewreddits atanincreasedclip. 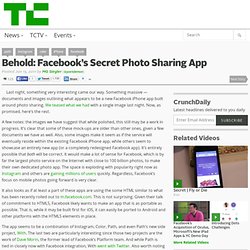 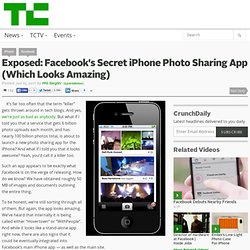 And yes, we’re just as bad as anybody. But what if I told you that a service that gets 6 billion photo uploads each month, and has nearly 100 billion photos total, is about to launch a new photo sharing app for the iPhone? And what if I told you that it looks awesome? Yeah, you’d call it a killer too. Such an app appears to be exactly what Facebook is on the verge of releasing. Keyboard vs. Mouse. Ask Tog Originally published in the AppleDirect, August, 1989 Republished as Chapter 6, in Tog on Interface. 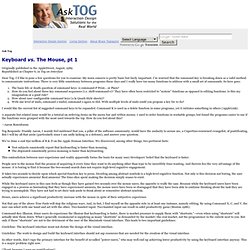