Rory MacDonald Confronts His Demon. Photo by Brandon Magnus/Zuffa LLC Did you know that Rory MacDonald is challenging for Robbie Lawler's welterweight title this weekend? 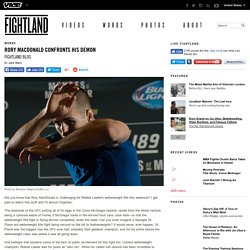 I get paid to watch this stuff and I'd almost forgotten. Punching with the Toes: The Secrets of Hitting Hard. Photo by Josh Hedges/Zuffa LLC I am constantly recommending Edwin Haislet's masterpiece, On Boxing to readers who ask for further studying material. 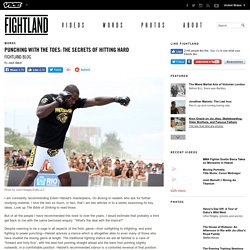 I love the text so much, in fact, that I am two articles in to a series examining its key ideas. Look up The Bible of Striking to read those. But of all the people I have recommended this book to over the years, I would estimate that probably a third get back to me with the same bemused enquiry: “What's the deal with the stance?” Despite seeming to be a sage in all aspects of the fistic game—from outfighting to infighting, and point fighting to power punching—Haislet advises a stance which is altogether alien to even many of those who have studied the boxing game at length. Muay Thai: A Rough Guide. Quite simply, the best muay Thai content from across the web – training, fighting, Thailand, strategy, rants, beginner stuff and essentials. 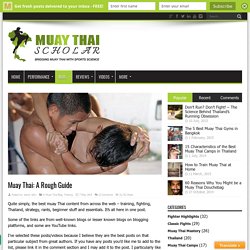 It’s all here in one post. Some of the links are from well-known blogs or lesser known blogs on blogging platforms, and some are YouTube links. I’ve selected these posts/videos because I believe they are the best posts on that particular subject from great authors. If you have any posts you’d like me to add to the list, please link it in the comment section and I may add it to the post. I particularly like rants/controversial content, and there isn’t enough of it here so please send me some Enjoy. One-on-One with Firas Zahabi: Part 2.

Firas Zahabi draws on a wide range of techniques and philosophies. 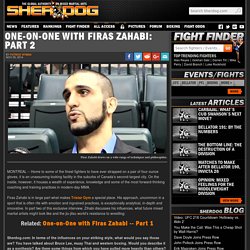 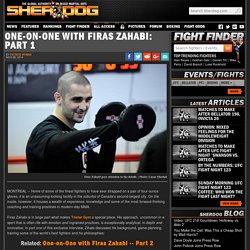 On the inside, however, it houses a wealth of experience, knowledge and some of the most forward-thinking coaching and training practices in modern-day MMA. Firas Zahabi is in large part what makes Tristar Gym a special place. His approach, uncommon in a sport that is often rife with emotion and ingrained practices, is exceptionally analytical, in-depth and innovative. Muay Thai. Here are the links to some of the best content on the internet which I use regularly. I highly recommend you take a look at some of them when you get the chance.

Fights Muay Farang – The Muay Farang team fight regularly on Max Muay Thai and regularly upload videos of events and other fights in Thailand. Muay Ties – This YouTube channel is a dream for anyone who loves watching fight videos from Thailand’s biggest and best muay Thai stadiums. Timo Ruge is the most active fight journalist in Thailand. Khmer Boxing – For all the latest boxing videos from Cambodia, this is the channel to watch. Live Muay Thai Guy – Although Live Muay Thai Guy has now stopped publishing videos, he has one of the best channels for muay Thai fights in Thailand’s biggest stadiums with over 1,500 uploads. Muay Thai – A very active fight channel, uploading stadium fights from Thailand. Live Thai TV streams – Channel 3, Channel 5, Channel 7, Channel 9 Fight/Technique Video Analysis Technique Tutorials. Giorgio Petrosyan and the Counter to All Strikes. Photo via GLORY. 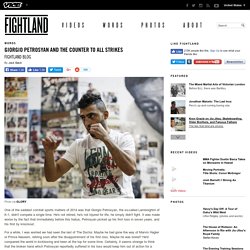 Jack Slack: The Bible of Striking. Photo by Josh Hedges/Zuffa LLC/Zuffa LLC via Getty Images There is no agreed upon boxing textbook. 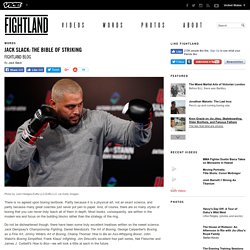 Partly because it is a physical art, not an exact science, and partly because many great coaches just never put pen to paper. And, of course, there are so many styles of boxing that you can never truly teach all of them in depth. Most books, consequently, are written in the modern era and focus on the building blocks rather than the strategy of the ring. Do not be disheartened though, there have been some truly excellent treatises written on the sweet science. Wrestling Practice with James Toney and Floyd Mayweather. Photo via Wikimedia Commons In the mixed martial arts world, James Toney is a punch line. 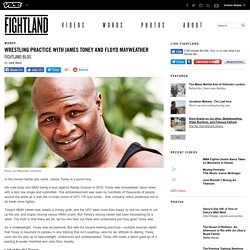 His sole foray into MMA being a bout against Randy Couture in 2010, Toney was immediately taken down with a lazy low single and submitted. This embarrassment was seen by hundreds of thousands of people around the world as it was the co-main event of UFC 118 (you know... that company which professes not to do freak show fights). Toney's MMA career was clearly a money grab, and the UFC were more than happy to use his name to stir up the old, and stupid, boxing versus MMA rivalry. Jack Slack: Secrets of the Pettis Kick. Photo by Josh Hedges/Zuffa LLC via Getty Images Back at school, I used to play pool with a friend who I just couldn't beat. 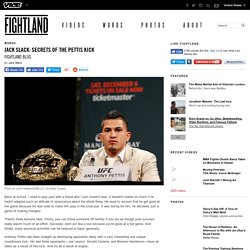 Roy Nelson: The Art of a Hundred Overhands. Photo by Jeff Bottari/Zuffa LLC Everyone and their mother can tell you what Roy Nelson is all about, the right hand. 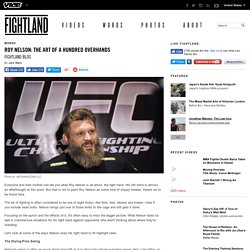 His left hand is almost an afterthought at this point. Mike Tyson: The Panic, the Slip, and the Counter. Photo by The Ring Magazine/Getty Images Twenty-five years ago this month, Iron Mike Tyson fell to the mat in front of a silent Tokyo crowd. No one knew what to make of it when James 'Buster' Douglas' hand was raised.