FriendlyARM-NanoPi M3. NanoPi M3 The NanoPi M3 is another ARM board developed by FriendlyARM for makers, hobbyists and hackers. 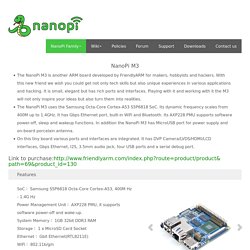 With this new friend we wish you could get not only tech skills but also unique experiences in various applications and hacking. It is small, elegant but has rich ports and interfaces. Playing with it and working with it the M3 will not only inspire your ideas but also turn them into realities. The NanoPi M3 uses the Samsung Octa-Core Cortex-A53 S5P6818 SoC. 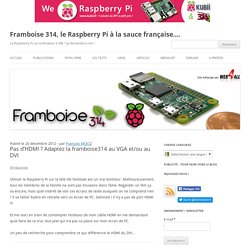 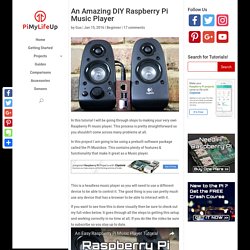 This process is pretty straightforward so you shouldn’t come across many problems at all. In this project I am going to be using a prebuilt software package called the Pi Musicbox. This contains plenty of features & functionality that make it great as a Music player. This is a headless music player so you will need to use a different device to be able to control it. The good thing is you can pretty much use any device that has a browser to be able to interact with it. GitHub - alexa/alexa-avs-raspberry-pi: This project demonstrates how to access and test the Alexa Voice Service using a Java client (running on a Raspberry Pi), and a Node.js server.

Guide: Chromium 51 on Raspbian Jessie. Here's a quick guide for anyone wanting a updated Chromium with Chrome Web Store support on plain Raspbian. 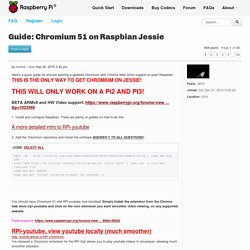 THIS IS THE ONLY WAY TO GET CHROMIUM ON JESSIE! THIS WILL ONLY WORK ON A Pi2 AND PI3! Faire de son Pi une borne (Raspberry Pi Kiosk mode) Jessie Version. Certified devices - RuneAudio. RuneAudio is certified to work on a number of devices, including the following: Raspberry Pi The Raspberry Pi is a credit-card sized computer that plugs into your TV and a keyboard. 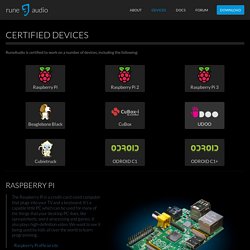 It’s a capable little PC which can be used for many of the things that your desktop PC does, like spreadsheets, word-processing and games. RuneUI takes a big leap forward - RuneAudio. Hi everybody, I’m Andrea Coiutti (ACX in the forum), RuneAudio’s co-founder and designer and developer of RuneUI. 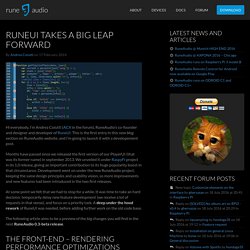 This is the first entry in this new blog section on RuneAudio website, and I’m going to launch it with a developement post. Months have passed since we released the first version of our PlayerUI (that was its former name) in september 2013. We unveiled it under RaspyFi project in its 1.0 release, giving an important contribution to its huge popularity boost in that circumstance. Development went on under the new RuneAudio project, keeping the same design principles and usability vision, so more improvements and new features had been introduced in the two first releases. At some point we felt that we had to stop for a while. How to Build a Portable Hacking Station with a Raspberry Pi and Kali Linux.

Ten More Awesome Projects for Your Raspberry Pi. How to Build a Raspberry Pi Jukebox Any Non-Geek Can Use. MYGeeks!: Audio Streaming to Bluetooth Speaker Using Raspberry Pi B+ Edit 2016Jan3: This guide was based on old Raspbian Wheezy distro, some packages were no longer included in latest Raspbian Jessie distro. 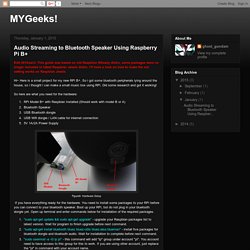 I'll have a look on how to make the old setting works on Raspbian Jessie. Hi~ Here is a small project for my new RPi B+. So i got some bluetooth peripherals lying around the house, so i thought i can make a small music box using RPi. Did some research and got it working! So here are what you need for the hardware: RPi Model B+ with Raspbian Installed (Should work with model B or A)Bluetooth SpeakerUSB Bluetooth dongle USB Wifi dongle / LAN cable for internet connection5V 1A/2A Power Supply If you have everything ready for the hardware. Worksheet - Parent Detector. How to use a Raspberry Pi to find out who's been in your room: make a parent detector that use motion detection to trigger video recording via the Raspberry Pi camera module. 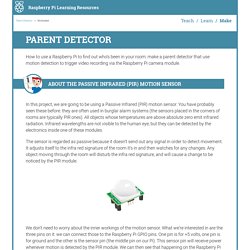 About the Passive Infrared (PIR) motion sensor In this project, we are going to be using a Passive Infrared (PIR) motion sensor. You have probably seen these before: they are often used in burglar alarm systems (the sensors placed in the corners of rooms are typically PIR ones). All objects whose temperatures are above absolute zero emit infrared radiation. Infrared wavelengths are not visible to the human eye, but they can be detected by the electronics inside one of these modules. Frequently Asked Questions - Apple TV - OSMC. 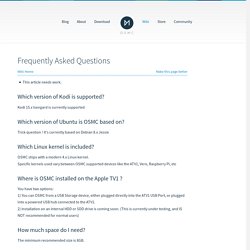 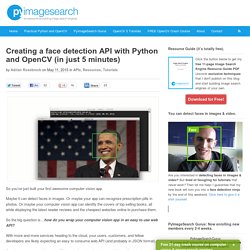 Maybe it can detect faces in images. Or maybe your app can recognize prescription pills in photos. Or maybe your computer vision app can identify the covers of top selling books, all while displaying the latest reader reviews and the cheapest websites online to purchase them. So the big question is…how do you wrap your computer vision app in an easy to use web API? With more and more services heading to the cloud, your users, customers, and fellow developers are likely expecting an easy to consume web API (and probably in JSON format).

Digital making for wildlife. The Wildlife Cam Kit Feature List We’ve been locked away in our lab for weeks now finishing our Wildlife Cam Kit down in the depths of Naturebytes HQ. It’s an exciting time for us as we’ve had lots of interest from all manner of enthusiasts, tinkerers and wildlife fans wanting to know more about the kit. For quite some time now we’ve had an idea of exactly what the kit should do, the experience a user should have, and what the kit must include to make it awesome. We’ve taken a break this morning to send you our latest newsletter and have posted a taster showing some of the cool features that will be shipping with the first kits. We’ve also included a little look at how we’re going to release supporting software (OS) so whether you’re a newcomer or an expert you can jump in at a level suited to you.

Face Counter with Raspberry Pi. Why counting people? The Internet of Things is about merging the digital and the physical. If there's one thing we learned about the digital world in the past 15 years is that successful products and services were the ones that closed the loop. That's right; Google built a fortune "closing the loop" by measuring clicks and views of ads, helping brands optimize their offerings; LinkedIn "closed the loop" because they allowed us to discover hidden relationships within our network, helping people get a new job or a new business deal; Amazon "closed the loop" by suggesting relevant products based on your browsing and buying habits.

In fact, there's a great quote from a known Silicon Valley investor that says: "What I learned from Google is to only invest in things that close the loop" (Chris Sacca) If we apply this concept to the physical world, the possibilities are enormous. I2C Installation for Raspberry Pi – Step by Step Guide. This is a step by step guide on installation I2C driver for the Raspberry Pi. It is for the Raspbian image. Raspberry Pi Starter Kits Make sure your Raspberry Pi is connected to the internet when installing the drivers.

Caméras. PyID - Optical Character Recognition (OCR) for Raspberry Pi by Migel Tissera. 4.3" LCD MONITEUR ECRAN POUR CAMERA DE RECUL VEHICULE: Amazon.fr: High-tech. RasPi.TV. PiCorePlayer. Automation Sensors. Speech Recognition with the Raspberry Pi - observing. UPDATE: Audio quality is greatly improved by using a sampling rate of 48000 Hz (The default rate is 8000 Hz). So, the commands in step 10 and step 16 been changed to reflect that sampling rate. These are the steps: 1. Start out by installing the Debian Wheezy image on an SD card and boot the RPi with it. 2. When raspi-config starts, run through whichever items you need to configure. In the following steps, you should be root. 3. 14. In my current set-up, I'm using a "less than top of the line" usb audio adapter and microphone. PS3 Eye 4-channel Audio Tests on Ubuntu Karmic. The PS3 Eye is a great USB camera for experimenting. It can capture video at 320x240x120Hz, or 640x480x60Hz - much faster than the average webcam.

The necessary drivers are built into the latest Ubuntu Karmic, allowing it to work straight out of the box. As an added bonus, the PS3 Eye has a built-in 4-channel microphone array. It is apparently used for adaptive noise cancelling. Out of curiousity I decided to see if the drivers would allow capturing 4-channel audio from the microphone array. I measured the distance between the outermost microphones to be about 62mm.