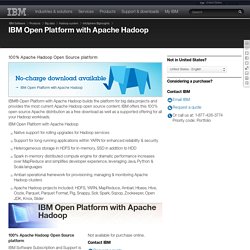 A new form of computer memory might help machines match the capabilities of the human brain when it comes to tasks such as interpreting images or video footage. 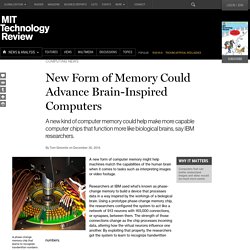 Researchers at IBM used what’s known as phase-change memory to build a device that processes data in a way inspired by the workings of a biological brain. Using a prototype phase-change memory chip, the researchers configured the system to act like a network of 913 neurons with 165,000 connections, or synapses, between them. The strength of those connections change as the chip processes incoming data, altering how the virtual neurons influence one another. By exploiting that property, the researchers got the system to learn to recognize handwritten numbers. 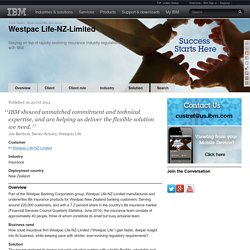 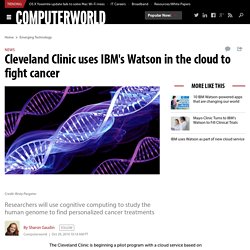 IBM Chairman and CEO Ginni Rometty, speaking Wednesday at the 2014 Cleveland Clinic Medical Innovation Summit, said researchers at the clinic will use IBM's Watson Genomics Analytics to advance the use of personalized medicine based on the patient's genetic makeup. With better analytics and cloud access to information, scientists and oncologists are hoping to be able to deliver personalized medicine to patients. By cutting through the daunting big data challenge of genomics, researchers can uncover new individualized cancer treatments based on patients' specific DNA mutations. "The potential for leveraging the capabilities of Watson's cognitive computing engine in personalized medicine could not be timelier," said Dr. Researchers then could take that information and present it to the patient's physician. El 'big data', un negocio lucrativo y con retos a batir. 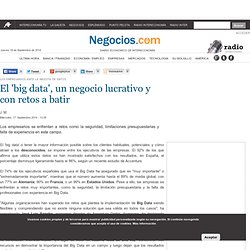 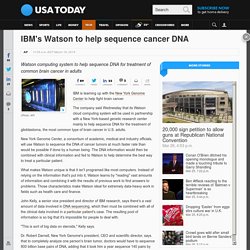 The company said Wednesday that its Watson cloud computing system will be used in partnership with a New York-based genetic research center mainly to help sequence DNA for the treatment of glioblastoma, the most common type of brain cancer in U.S. adults. New York Genome Center, a consortium of academic, medical and industry officials, will use Watson to sequence the DNA of cancer tumors at much faster rate than would be possible if done by a human being. The DNA information would then be combined with clinical information and fed to Watson to help determine the best way to treat a particular patient.

What makes Watson unique is that it isn't programed like most computers. Instead of relying on the information that's put into it, Watson learns by "reading" vast amounts of information and combining it with the results of previous work to find answers to problems. Dr. Armonk, N.Y. BMW deploys IBM big data analytics to improve car performance. BMW is deploying IBM big data analytics technology with the aim of improving its products, repairs and maintenance. The use of predictive analytics will help to detect and fix vulnerabilities before new car models are launched - long before they might cause problems in series production, said BMW. Big data analysis will include product and development data, as well as warranty, diagnostics and repair information that is gathered and evaluated worldwide. The insights obtained from these large amounts of data can be incorporated into the product design and production process. Analyses that often used to take several months previously are now available within a few days, said BMW, so that potential issues are detected and fixed swiftly to avoid recurring faults.