‘The Witch’ OST up for pre-order ‹ Modern Vinyl. Vinyl Records On Sale. Presented by Music Is My Sanctuary - 24 Hours of Vinyl. The week's best vinyl releases. Vinyl isn’t going anywhere. 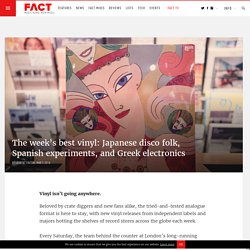 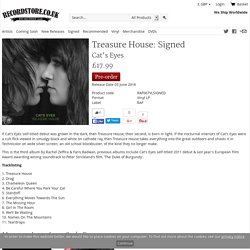 If the nocturnal interiors of Cat's Eyes were a cult flick viewed in smudgy black and white on cathode ray, then Treasure House takes everything into the great outdoors and shoots it in Technicolor on wide silver-screen; an old school blockbuster, of the kind they no longer make. This is the third album by Rachel Zeffira & Faris Badwan, previous albums include Cat's Eyes self-titled 2011 debut & last year's European Film Award awarding wining soundtrack to Peter Strickland's film, 'The Duke of Burgundy'. Tracklisting. Recordstore.co.uk - Recordstore Day, every day. CDs, Vinyl, Merchandise, Signed Exclusives. Sterac ‎- The Hypnoticus – stellaremnant.com. FORMAT 12" LABEL DELSIN ( more releases ) CATALOG# 108DSR-STR2EP RELEASED 2014 GENRE DUB TECHNO "After a great return to form on a recent Klockworks EP, Dutch techno practitioner Steve Rachmad aka Sterac is back with a hot new track for Delsin. 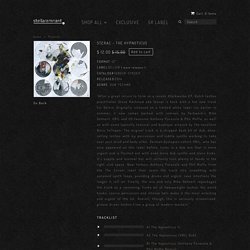 Originally released on a limited white label run earlier in summer, it now comes backed with remixes by Fachwerk's Mike Dehnert, VRIL and US twosome Anthony Parasole & Phil Moffa, as well as with some typically textural and boutique artwork by the excellent Boris Tellegen. The original track is a stripped back bit of dub, deep, rolling techno with icy percussion and subtle synths working to take over your mind and body alike. German Dystopian cohort VRIL, who has also appeared on this label before, turns in a dub mix that is more urgent and is fleshed out with even more dub synths and stern kicks. It's supple and minimal but will certainly turn plenty of heads in the right club space. Pinkshinyultrablast - Grandfeathered / Club AC30 from Piccadilly Records.

About this item Pinkshinyultrablast are a five-piece band from Saint-Petersburg in Russia, whose debut album, 'Everything Else Matters', released at the beginning of 2015 was met with huge critical acclaim. 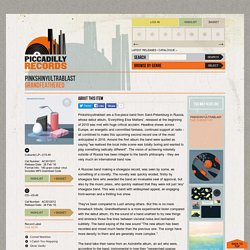 Headline shows across Europe, an energetic and committed fanbase, continued support at radio - all combined to make this upcoming second record one of the most anticipated in 2016. Around the first album the band were quoted as saying "we realised the local indie scene was totally boring and wanted to play something radically different". The vision of achieving notoriety outside of Russia has been integral to the band's philosophy - they are very much an international band now.

A Russian band making a shoegaze record, was seen by some, as something of a novelty. The Vinyl District. Halocline-Trance. Pete Rock & C.L. Smooth: Mecca And The Soul Brother (Colored Vinyl) Vi — TurntableLab.com. What's that? 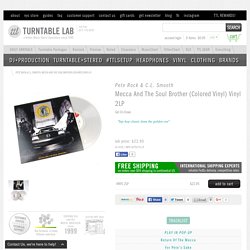 You only know "T.R.O.Y. " on this album? C'mon! You're missing out man. This album is timeless. Dilla, Pharrell, 9th Wonder, they all cite this as a huge inspiration for why they got into producing. Exclusive Vinyl. Traumprinz - All The Things (12") January Sun (Pre Order) – Omnian Music Group. THIS IS A PRE ORDER. 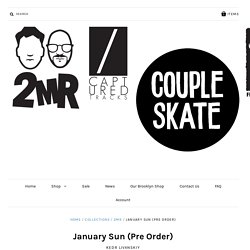 Release date is Feb 19th. Orders will ship that week. 12" Vinyl EP includes download card (mp3/wav/flac) Includes breakout single Sgoraet (Burning Down) Kedr Livanskiy is Russian for Lebanese Cedar. The sinister synths in Sgoraet (English: Burning Down) are inspired by the otherworldliness of Russian winter; Russia in winter is a terrible thing, but it also has a strange romantic presence to it. The drum and bass coda emulates the feeling of impending death and transition to another state when winter is over one's shoulder. Razrushitelniy Krug’s (English: Destructive Cycle) mood is a little lighter, but it is about self-reflection becoming self-destructive in a vicious cycle.