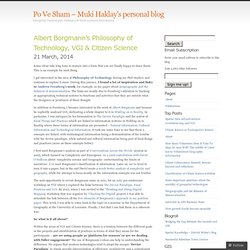 It is now get mentioned in radio and television broadcasts, social media channels as well as conferences and workshops. Some of the clearer signs for the growing attention include discussion of citizen science in policy oriented conferences such as UNESCO’s World Summit on Information Society (WSIS+10) review meeting discussion papers (see page ), or the Eye on Earth users conference (see the talks here) or the launch of the European Citizen Science Association in the recent EU Green Week conference. There are more academic conferences and publications that cover citizen science, a Google Plus community dedicated to citizen science with 1400 members, a clear trend in Google searches and so on. 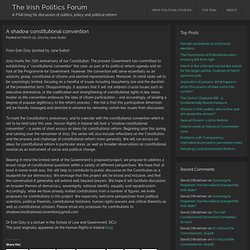 Matthew Wall The government’s recently unveiled proposals on the forthcoming constitutional convention make for disappointing reading for those who, like this author, had hoped that such a body could facilitate profound political reform in Ireland. 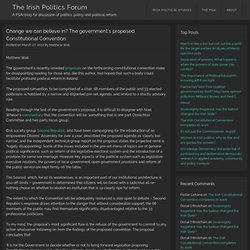 The proposed convention, to be comprised of a chair, 66 members of the public and 33 elected politicians, is hobbled by a narrow and disjointed pre-set agenda, and limited to a strictly advisory role. Reading through the text of the government’s proposal, it is difficult to disagree with Noel Whelan’s commentary that the convention will be ‘something that is one part Oireachtas Committee and two parts focus group’. Civil society group Second Republic, who have been campaigning for the introduction of an empowered Citizens’ Assembly for over a year, described the proposed agenda as ‘clearly too narrow’, and the Independent technical group report on the proposal states the projected remit is ‘hugely disappointing’. Like this: 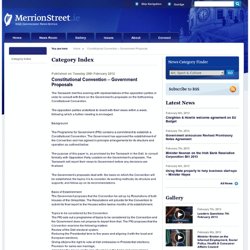 The opposition parties undertook to revert with their views within a week, following which a further meeting is envisaged. Background The Programme for Government (PfG) contains a commitment to establish a Constitutional Convention. Cork290911.pdf (application/pdf Object) Feasta: the Foundation for the Economics of Sustainability.

Claiming our Future meet in Cork to rate political parties on re : Impact Trade Union - A taste of conference - #ictuwomen14 from Irish Congress of Trade Unions on Vimeo. 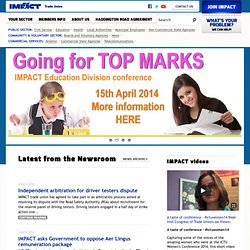 A taste of conference - #ictuwomen14 Capturing some of the voices of the amazing women who were at the ICTU Women's Conference 2014, this short video looks at the issues, the people and the hot topics discussed in Wexford on March 6th & 7th. For more check out #ictuwomen14 on Twitter for comments, photos and discussion. 7 April 2014 The science has got pretty stark on climate change by Oisin Coghlan, Director of Friends of the Earth Last Autumn, the Intergovernmental Panel on Climate Change (IPCC) told us we are now as certain that humans...continue reading.

Related:  make economy democratic and sustainable   -  Feasta: the Foundation for the Economics of Sustainability   -  Education   -  Enterprise