Commercial uses of wild and traditionally managed plants in England and Scotland - Royal Botanic Gardens, Kew research repository. Why a new potato variety could be a game-changer for farmers in East Africa. Imagine being a potato farmer in Ethiopia, Kenya or Nigeria. 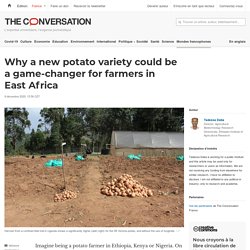 A gift to the world of wine: The rich history of Missouri’s vines – Martin City Telegraph. Cover photo: At one time Stone Hill Winery held 1,250,000 gallons of wine in eight underground vaults. 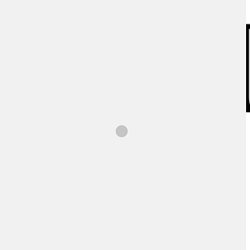 Courtesy Stone Hill Winery. A gift to the world of wine: The rich history of Missouri’s vines By Diane Euston Fifteen years ago, I graduated from college and had my sights set on working within the wine industry. #MobotToYou @mobotgardenOldest volume in Raven Library (ca. 1474) is Pietro de Crescenzi's OPUS RURALIUM COMMODORUM, the 1st modern printed text on agriculture, The Long and Tangled History of Norton, Missouri's State Grape. Thomas Jefferson was not used to failing. 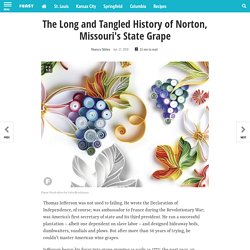 He wrote the Declaration of Independence, of course; was ambassador to France during the Revolutionary War; was America’s first secretary of state and its third president. He ran a successful plantation – albeit one dependent on slave labor – and designed hideaway beds, dumbwaiters, sundials and plows. But after more than 50 years of trying, he couldn’t master American wine grapes.

Jefferson began his foray into grape growing as early as 1772; the next year, an Italian winemaker – among many other things, not unlike Jefferson – named Philip Mazzei established a vineyard next to Monticello. Jefferson had full faith in him: When Mazzei brought in Tuscan winemakers, Jefferson hired them, too. Despite this early failure, Mazzei was able to establish the Virginia Wine Co. Over the ensuing decades, Jefferson tried just about anything to establish a thriving vineyard at Monticello. But most of the world’s Norton doesn't come from Virginia. “Dr. Lost and Found: Coffea stenophylla and C. affinis, the Forgotten Coffee Crop Species of West Africa. Introduction Coffee is a globally significant crop that supports a multibillion-dollar global industry (International Coffee Organization (ICO), 2019), over a lengthy value chain from farmer to consumer. 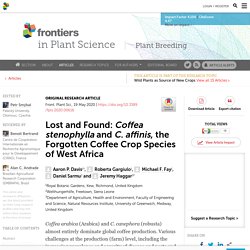 Coffee farming alone involves the farming activities of around 100 million people worldwide (Vega et al., 2003). Two species dominate global coffee production: Arabica (Coffea arabica) and robusta (C. canephora), providing c. 60% and c. 40% of traded coffee, respectively (International Coffee Organization (ICO), 2019). Liberica coffee is cultivated worldwide in small quantities, and is insignificant in terms of global trade, although production in the Philippines and Malaysia can be substantial. Aside from C. arabica, C. canephora, and C. liberica, there are another 121 coffee species known to science (Davis et al., 2006, 2011, 2019). Our recent knowledge of C. stenophylla and C. affinis is principally limited to germplasm surveys. How many rice varieties are there in India? – Agricultural Biodiversity Weblog.

Prior to the green revolution in the 1960s, India was home to more than 100,000 rice varieties, encompassing a stunning diversity in taste, nutrition, pest-resistance and, crucially in this age of climate change and natural disasters, adaptability to a range of conditions. 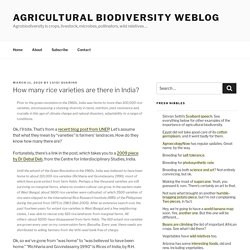 Ok, I’ll bite. Sorghum study illuminates relationship between humans, crops and the environment in domestication - The Global Plant Council. A new study that examines the genetics behind the bitter taste of some sorghum plants and one of Africa’s most reviled bird species illustrates how human genetics, crops and the environment influence one another in the process of plant domestication. 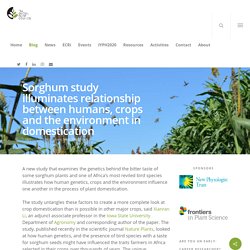 The study untangles these factors to create a more complete look at crop domestication than is possible in other major crops, said Xianran Li, an adjunct associate professor in the Iowa State University Department of Agronomy and corresponding author of the paper. The study, published recently in the scientific journal Nature Plants, looked at how human genetics, and the presence of bird species with a taste for sorghum seeds might have influenced the traits farmers in Africa selected in their crops over thousands of years. “It’s a systematic view that gives us a full picture of domestication,” he said. “Looking at just one component only tells us part of the story.” Read the paper: Nature Plants Article source: Iowa State University. Population genomic analysis of mango (Mangifera indica) suggests a complex history of domestication @ewarschefsky @evonwetto.

6 Amazing Global Agriculture Maps - Farming Visualized - GIS Geography. Last Updated: Jun 19, 2019 @ 5:27 am Visualizing Farming with Agriculture Maps Ever wonder where your food comes from? We have 6 agriculture maps to show you the answer. Almost every bit of the food we eat is grown and gathered on farms. Humans have learned how to change the environment to most-effectively grow crops. …But a number of issues threatens agriculture sustainability – population increase, climate change and water stress. Feast your eyes on these agriculture maps and learn what the future of farming holds. 1 Agricultural Exposure to Water Stress Map Agriculture takes advantage of the nutrients in the soil and the amount of water that is available.

The World Resources Institute has mapped out where these water stresses exist in the world. 2 Feeding the World Map Crop production will have to double by 2050 to fulfill the needs of a growing and increasingly affluent population. Can Global Crop Production Meet Future Demands? 3 World Bank Agricultural Land (% of land area) Research Farming GIF by Washington University in St. Louis.

Againstthegrainfarms. Tracing the Overlooked Legacy of the Silk Road's Fruits and Nuts - Gastro Obscura. The Silk Road was one of the world’s preeminent points of exchange between the East and West. 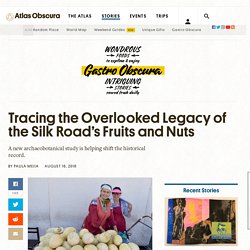 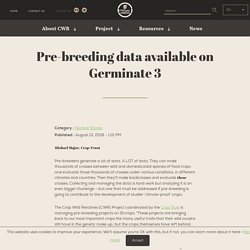 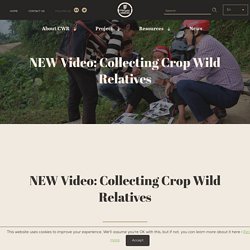 The newest Crop Wild Relatives (CWR) video is live and highlights what is being done to secure the wild relatives of our major food plants!