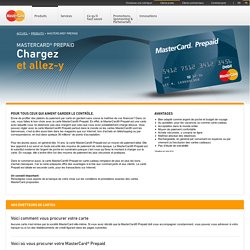 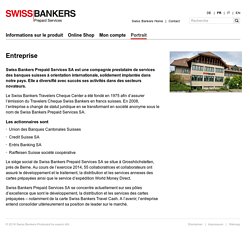 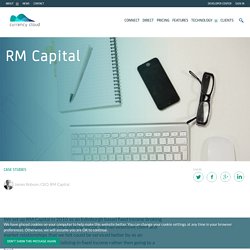 As refugees from the banking sector, we had extensive client and market relationships that we felt could be serviced better by as an independent business specializing in fixed income rather then going to a bank. As we grew, we saw an opportunity within the foreign exchange market for enhancing the service and relationships with our clients and also SME’s that were being underserviced by the existing financial sector. We were witness to the opaque and high costs of international payments our clients were being exposed to via their existing bank relationships and felt that we should do something to improve the service and pricing that they received. Fidor partners Currency Cloud on direct debit. Written by Michelle Stevens B2B international payments engine Currency Cloud has added direct debit functionality to its platform through a tie-up with Germany’s Fidor Bank. 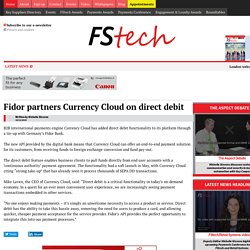 The new API provided by the digital bank means that Currency Cloud can offer an end-to-end payment solution for its customers, from receiving funds to foreign exchange conversion and fund pay-out. The direct debit feature enables business clients to pull funds directly from end user accounts with a ‘continuous authority’ payment agreement. Fidor partners Currency Cloud on direct debit. Resources. The Seedcamp Platform. One of the greatest strengths of Seedcamp is that we approach investing with a view to support our startups as our greatest priority. 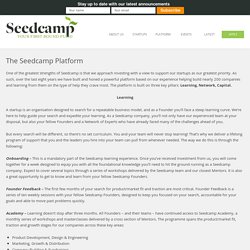 As such, over the last eight years we have built and honed a powerful platform based on our experience helping build nearly 200 companies and learning from them on the type of help they crave most. The platform is built on three key pillars: Learning, Network, Capital. Customer Service Reviews of CurrencyFair. For my business, and for personal reasons too, I am using several other online currency exchange services and have never seen something like this, this happened only with CurrencyFair. 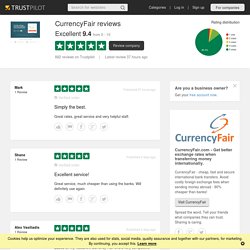 Please read. They of course allow all the transfers-in, but after setting a transfer out I was sent an email "confirming" the transaction and assuring me that the money would be in the recipient account soon. On the website the transaction was in fact flagged as "confirmed". The Team, Investors And Contact Information. Sending money abroad is deceptively expensive, thanks to the hidden charges we’ve all been forced to pay. 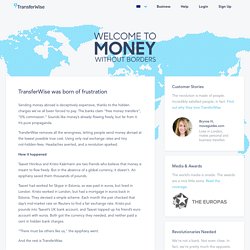 The banks claim “free money transfers”, “0% commission.” Sounds like money’s already flowing freely, but far from it. It’s pure propaganda. TransferWise removes all the wrongness, letting people send money abroad at the lowest possible true cost. Fintech: friend or foe? Determining the right strategy [click to enlarge] While the mainstay of the financial services industry was busy dealing with the global financial crisis in 2008, start-up organisations in Silicon Valley, New York, London and other major financial and technology hubs were turning their attention away from social media plays and looking to reinvent financial services, writes Sean O’Donnell. 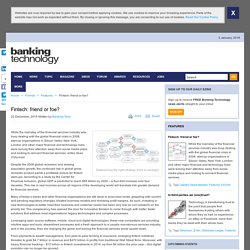 Despite the 2008 global recession and slowing population growth, the continued rise in global gross domestic product paints a profitable picture for fintech start-ups. According to a study by the Center for Financial Inclusion, global GDP is predicted to reach $85 trillion by 2020 – a four-fold increase over four decades. Currency Cloud. Our story starts with FX Capital Group, a brokerage firm founded by Nigel Verdon that believed that there was a fundamental problem in the way international payments are made. 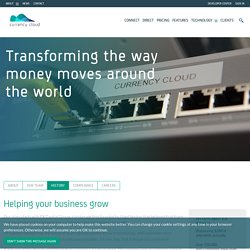 FX Capital realized that the future of international payments lay in technology, and customers were consistently being underserved by traditional providers. It knew, too, that transparency mattered. Currency Cloud. About Payments Business Magazine. Payments Business Magazine Nov/Dec 2015 by Lloydmedia Inc. The Merchant's Guide to Transactions, Cards & eCommerce. Point Banque 93 by newsco. A Business Plan Outline That Works - Simple and Effective. 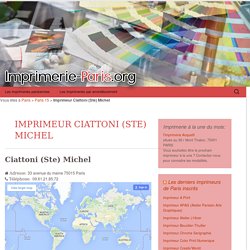 In order to manage market risks there is a tiered system of limits for various types of assets, markets and operations. The Bank’s Committee on Asset and Liability Management is responsible for implementing asset and liability policy and managing market risks as determined by the Bank’s Board. Travelex. Travelex. UAE Exchange sells stake to Centurion Investment. UAE Exchange has sold a 40 per cent stake to an Abu Dhabi investor, after abandoning plans for a share flotation.

Centurion Investment announced yesterday it would acquire the stake in the currency exchange, which first mulled plans for an initial public offering (IPO) in 2007. The acquisition will allow the company to expand its global network of 29 branches into new markets, said BR Shetty, a partner and director at UAE Exchange. "Better to be a big fish in a big pond," he said, declining to reveal the price of the deal.

Abu Dhabi’s Centurion Said to Plan Travelex, UAE Merger. Abu Dhabi-based Centurion Investments plans to merge Travelex Holdings Ltd. with UAE Exchange and sell a stake in the merged entity to the public, two people with knowledge of the matter said. Saeed Bin Butti’s Centurion, which acquired a majority stake in Travelex with Bavaguthu Raghuram Shetty, is aiming for an initial public offering in 2016 and is talking to banks to appoint an adviser for the deal, the people said, asking not to be identified because the matter is private. The company will probably be listed in the United Arab Emirates, they said.

Apax Partners LLP, one of Europe’s largest private-equity firms, agreed in May to sell its majority stake in Travelex, a retail currency exchange, to Centurion and Shetty, the founder of UAE Exchange. Change de devises, monnaie en ligne ou en bureaux - Travelex.fr. Replace dollar with super currency: economist. Updated: 2014-01-29 09:04 By MICHAEL BARRIS in New York, FU JING in Brussels and CHEN JIA in Beijing (China Daily USA) The World Bank's former chief economist wants to replace the US dollar with a single global super-currency, saying it will create a more stable global financial system. "The dominance of the greenback is the root cause of global financial and economic crises," Justin Yifu Lin told Bruegel, a Brussels-based policy-research think tank.

"The solution to this is to replace the national currency with a global currency. " Special drawing rights. Special drawing rights (XDR or SDR) are supplementary foreign exchange reserve assets defined and maintained by the International Monetary Fund (IMF). Their value is based on a basket of key international currencies reviewed by IMF every five years.[1] Based on the latest review conducted on December 30, 2010, the XDR basket consists of the following four currencies: U.S. dollars ($) 41.9%, euro (€) 37.4%, pounds sterling (£) 11.3%, and Japanese yen (¥) 9.4%.[2] The weights assigned to each currency in the XDR basket are adjusted to take into account their current prominence in terms of international trade and national foreign exchange reserves.[2] The XDR is not a currency per se.

The XDR was created in 1969 to supplement a shortfall of preferred foreign exchange reserve assets, namely gold and the U.S. dollar.[3] Special Drawing Rights are denoted with the ISO 4217 currency code XDR.[6] Name[edit] History[edit] Alternative to U.S. dollar[edit] Special Drawing Rights (SDRs) Full text Factsheet Special Drawing Right (SDR) November 30, 2015 The SDR is an international reserve asset, created by the IMF in 1969 to supplement its member countries’ official reserves. Its value is currently based on a basket of four major currencies, and the basket will be expanded to include the Chinese Renminbi (RMB) as the fifth currency, effective October 1, 2016. Surge in remittances to Asia on back of strong US dollar, UAE Exchange chief says. UAE Exchange said there has been a surge in remittances to Asian countries such as India, Pakistan and the Philippines as the strengthening US dollar-pegged dirham prompts expatriates to send more money back home to buy things such as property.

While in the first six months of the year UAE Exchange had a 12 per cent year-on-year gain in the volume of remittances to US$6.4 billion, in the past two months alone that rise has been closer to 18 per cent annualised amid the accelerated sell-off in emerging market currencies, according to Promoth Manghat, the exchange house’s chief executive. Wealth Managers Exit India as Millionaires Hard to Entice. Krishnan Ganesh, who sold his online-tutoring company in Bangalore for $213 million, is the type of client that attracted global wealth managers to India. His refusal to use them helps explain why some are leaving. “Private bankers in India do limited value-addition,” said Ganesh, 52, whose experiences with them fed a conclusion that they pushed commissioned products for their own benefit rather than his. China Cracks $64 Billion `Underground Bank' Moving Money Abroad. Replace dollar with super currency: economist.

Case Studies. With more than 240,000 contractors residing outside the United States, Upwork faced the challenge of paying the many thousands living in locations with unreliable banking networks and a lack of wire transfer capabilities. It needed to find a means of providing its contractors with immediate access to cash in hand.